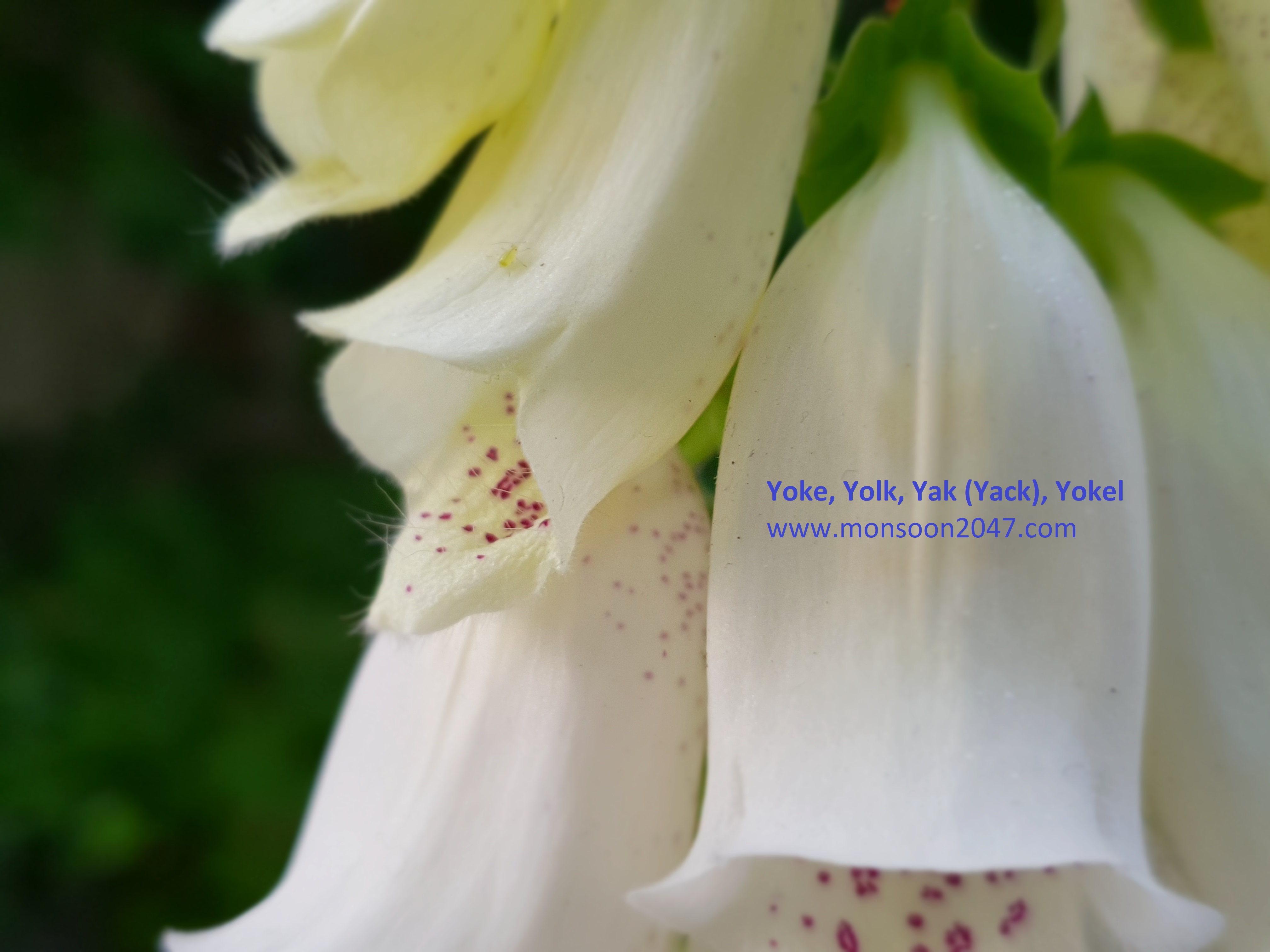 Have you been to Tibet? If so, you may have seen a yak: Yak is a Tibetan ox: long haired and humped.

Yak or yack also refers to trivial, or a lengthy conversation; and in this sense ‘yak’ functions as noun and verb. The verb forms of yak are yakked, and yakking or yacking.

A gang was yakking about everything on the Earth while guzzling down spirits.

Yoke and yolk are pronounced in the same way – yok – but they have wholly different meanings.

Yoke is a connecting bar. Yoke is a wooden beam used for a pair of oxen or other animals so that the two oxen or animals will pull together to carry a load, or plough the land. There are also yokes for individual animals. Yokes come in different types in different cultures depending upon the oxen’s nativity. Yoke usually has oxbows and a crosspiece and with or without a chain ring. Yoke in this sense is a singular and plural noun or for plural noun yokes is also used.

A peasant owning three or four yoke of oxen could be still poor if he or she happens to hail from a dry or arid land.

Yoke is an object like the yoke on oxen but a wooden shoulder-piece for carrying a pair of pails or baskets or containers which could be carried by a man or woman.

Yoke also indicates to a part of a garment fitting round the shoulders or hips from which the rest of the garment hangs. A jumper with contrasting colours of yoke is not rare.

Yoke also means oppressive control of someone or something, sway or dominion by someone over someone.

Where there is a repression of people, the people will be living under the yoke of the ruler.

Yoke as a verb refers to put together, coupled, or united, linking one thing to another. Verb forms of yoke are yokes, yoked, yoking.

For freedom fighters it took almost two hundred years to get rid of the British colonial yoke in the Indian subcontinent.

Yolk is the yellow inner part of an egg (the white or liquid part is called albumen). Yolk is rich in proteins and fats. Yolk nourishes the young chicks or other birds before they are hatched. Yolked, yolkless and yolky are adjectives.

Yaks in the Tibetan Himalayas are yoked to use them in farming and transporting.

Yokel is a rustic person.

Yokel is a country bumpkin.

There are countries without yaks and countries not yoked by rulers but yokels?