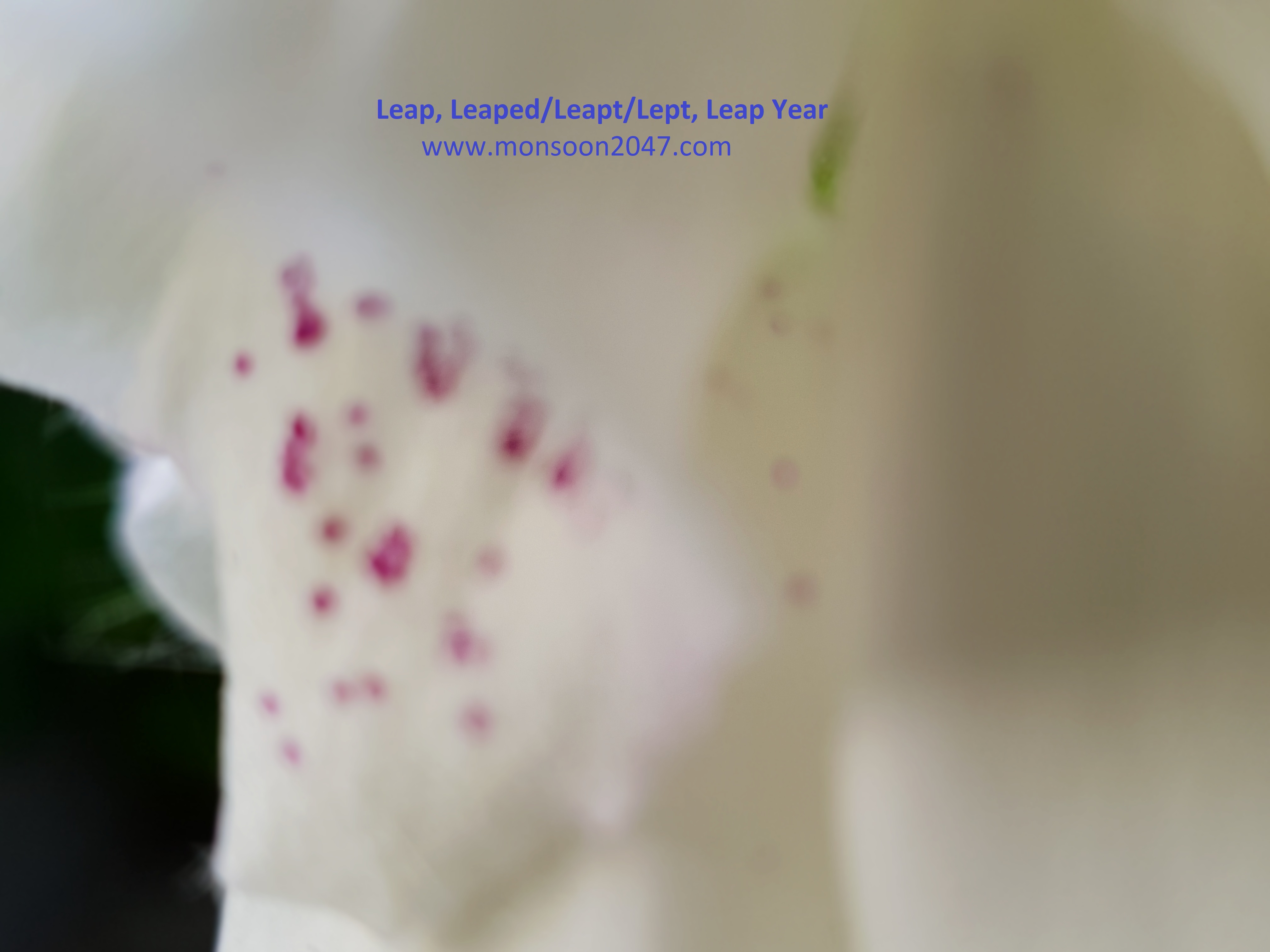 “My mother’s family is Christian: her father was a Baptist lay preacher, and her brother, in a leap of Anglican upward mobility, became a vicar in the Church of Wales. But my mother converted to Islam on marrying my father. She was not obliged to; Muslim men are free to marry ahl al-kitab, or people of the Book – among them, Jews and Christians.” –Shereen El Feki

When you leap over something it means you are overcoming it. Deepak Chopra noted: “The symbolic language of the crucifixion is the death of the old paradigm; resurrection is a leap into a whole new way of thinking.”

Leap functions as a noun, and verb. Leap as noun refers to jump.

In how many leaps can you reach from end to end of your living room?

Leap is used figuratively referring to something that has seen or witnessed rapid change.

China’s leap from a country of poverty to prosperity became an eye-opener for many countries that are poor and poorer.

How is India’s leap from a country of rampant flashes of poverty and mirroring inequalities?

A leap in prices of essential commodities in India like onions and potatoes can affect many people: not only the commoners (aam admi) but also political fortunes of political parties.

“That’s one small step for a man, one giant leap for mankind,” said Neil Armstrong upon touching the moon!

Internet is penetrating in India by leaps and bounds.

If you stay positive, you can recover your health from a disease or illness by leaps and bounds.

I had very little information about the company, so writing to them was a leap in the dark.

Leap as a verb means to jump vigorously, move quickly, and to rush to something or someone.

Leaping also functions as an adjective: moving up and down quickly and irregularly. Would like to watch leaping waves or leaping flame or leaping clouds?

Leap year occurs once in every four years.

Leap year is a year that has an extra day because there will be 29 days in February.

People born on 29 February celebrate their birthdays once in four years?