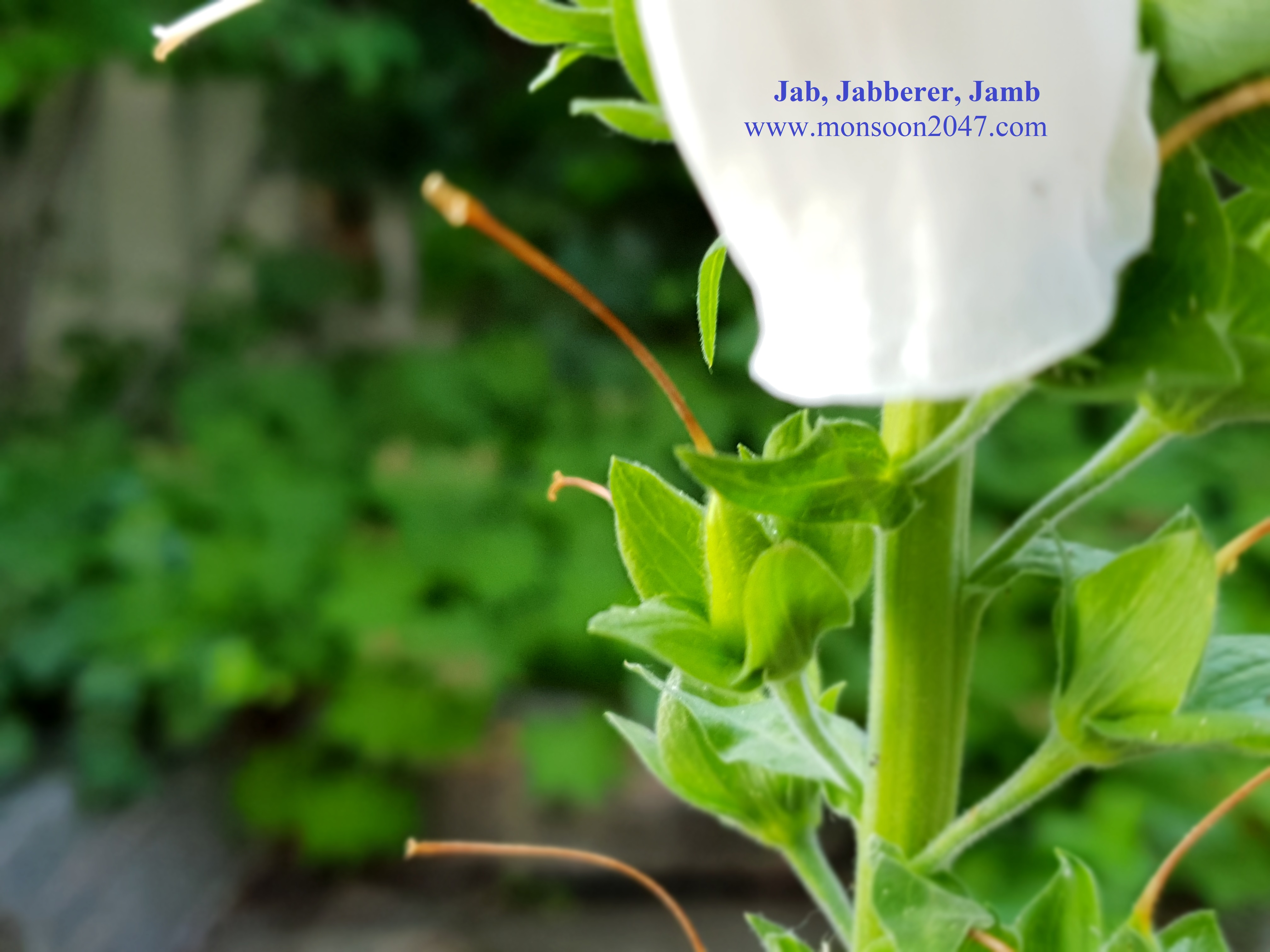 People also jabber by leaning on their doorjambs or sitting in a Jacuzzi: Jacuzzi is a whirlpool bath, and a trademark named after its inventors, Roy and Candido Jacuzzi.

Governments, and medical experts recommends people to take jabs (vaccinations) as a preventive care against some diseases especially when one is travelling outside his or her country.

Jab functions as a noun and verb referring to piercing or stabbing such as getting a jab from the doctor. Jab means poking, prodding, thrusting someone such as with a hand gesture, like a blow and touching someone suddenly with the hand or elbow.

Some people jab at their companions during conversations, and they could be jabberers, too.

Jabber means to talk in a noisy, rapid, excited, declamatory way; and jabber is a noun, and a verb.

Jabberer is the one who talks a lot especially about trivial things, drivelling about this and that like a driveller.

Jabberwock or jabbernowl is the dreaded monster with blazing eyes as mentioned by Lewis Carroll in ‘Through the Looking Glass’.

Jamb is a part of the window or door or fireplace that is a side post or surface; the upright side of an opening such as a door or window.

Jambs is the board that forms the side of a door or window.

Jamb is the side-post, or the lining of a doorway or other aperture such as the window.

People also lean against doorjambs and converse with their neighbours!

“If you rap your knuckles against a window jamb or door, if you brush your leg against a bed or desk, if you catch your foot in a curled-up corner of a rug, or strike a toe against a desk or chair, go back and repeat the sequence. You will find yourself surprised how far off course you were to hit that window jamb, that door, that chair. Get back on course and do it again. How can you pilot a spacecraft if you can’t find your way around your own apartment?” –William S. Burroughs

Jamb is derived from Old French word ‘jambe’ referring to a leg, or vertical support which is indeed derived from Greek word ‘kampe’ meaning a joint. A doorjamb or doorpost is the vertical portion of the door frame into which a door or window is fitted or secured, and the jamb bears the weight through its hinges.