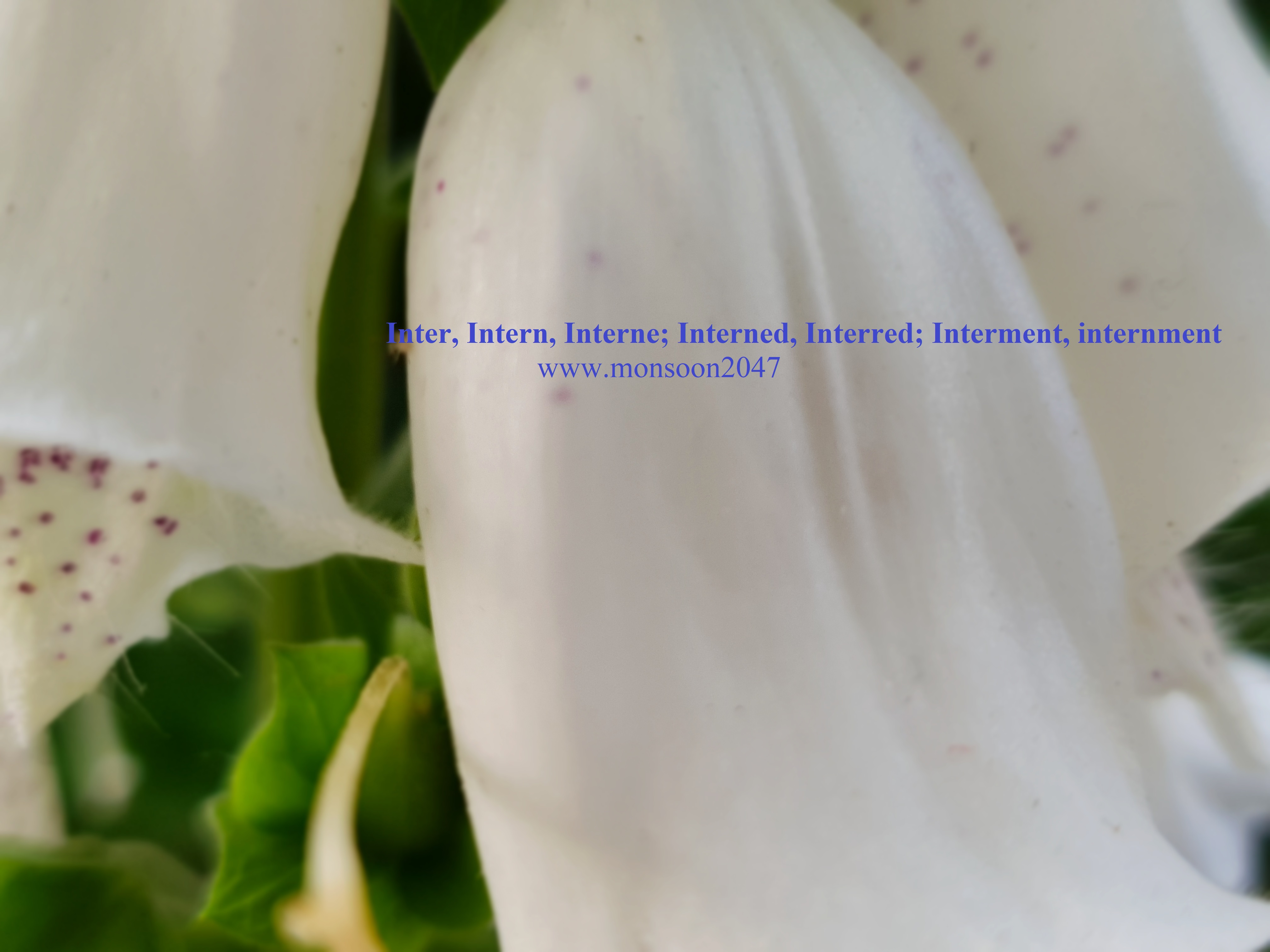 Who is interred at the Taj Mahal?

Interned means imprisoned but what is that when someone says – I interned at the office of the United Nations at Vienna in Austria? Interned also means undergoing supervised training to gain experience in the chosen field, or profession.

Inter means to bury someone, to put corpse in the grave, bury someone in a grave or tomb; interred is burying someone.

Interment is the process of burying the dead body.

Note: inter also means between, from one to another: international, interface, interlink, interconnect and others.

Who is interred at the Taj Mahal?

The Mughal rulers have left many ornamental tombs where they have been interned.

Burying or burning of the dead body?

How to treat the dead body? That is whether to bury it or burn it varies from community to community. Muslims and Christians inter the dead body (bury) but many Hindus burn the dead body.

Many societies have established practices for interment.

Intern is a verb meaning put somebody in prison, in camp during a war or when law-enforcement authorities or agencies such as a terrorist attack, put a person in the prison.

When someone is interned it is usually without a trial.

The related forms of intern are interns, interning and interned.

Internment is the place where someone is interned or imprisoned without trial.

During the British colonial times Cellular Jail in Port Blair was the internment camp. Today it is a museum and memorial.

The Japanese has interned many British soldiers in the Malay Peninsula during the second World War (1939-1945).

Internee is a person who is interned (imprisoned).

The Guantanamo Bay internees are released one by one by the US authorities.

Intern has another meaning, and in this sense it is also spelled as interne: Interne is a trainee, probationer or student who is paid very little but he or she may intern because to do it may be mandatory to get a qualification: internship is linked the degree.

Interne is a young doctor who is completing his or her training in a hospital and acting as an assistant physician or surgeon. But many would-be professionals are also called internes who get training under their seniors or in the established offices or institutions in one or the other fields ranging from law to politics and many more.

The interns are usually paid little or often without pay but they work in order to gain experience.

Many actors do not mind interning at the studios.

Many politicians are interned under the seniors.

One may know where to intern in order to gain professional experience but many of us would not even think about our interment.

The act of burying a dead person is called internment.