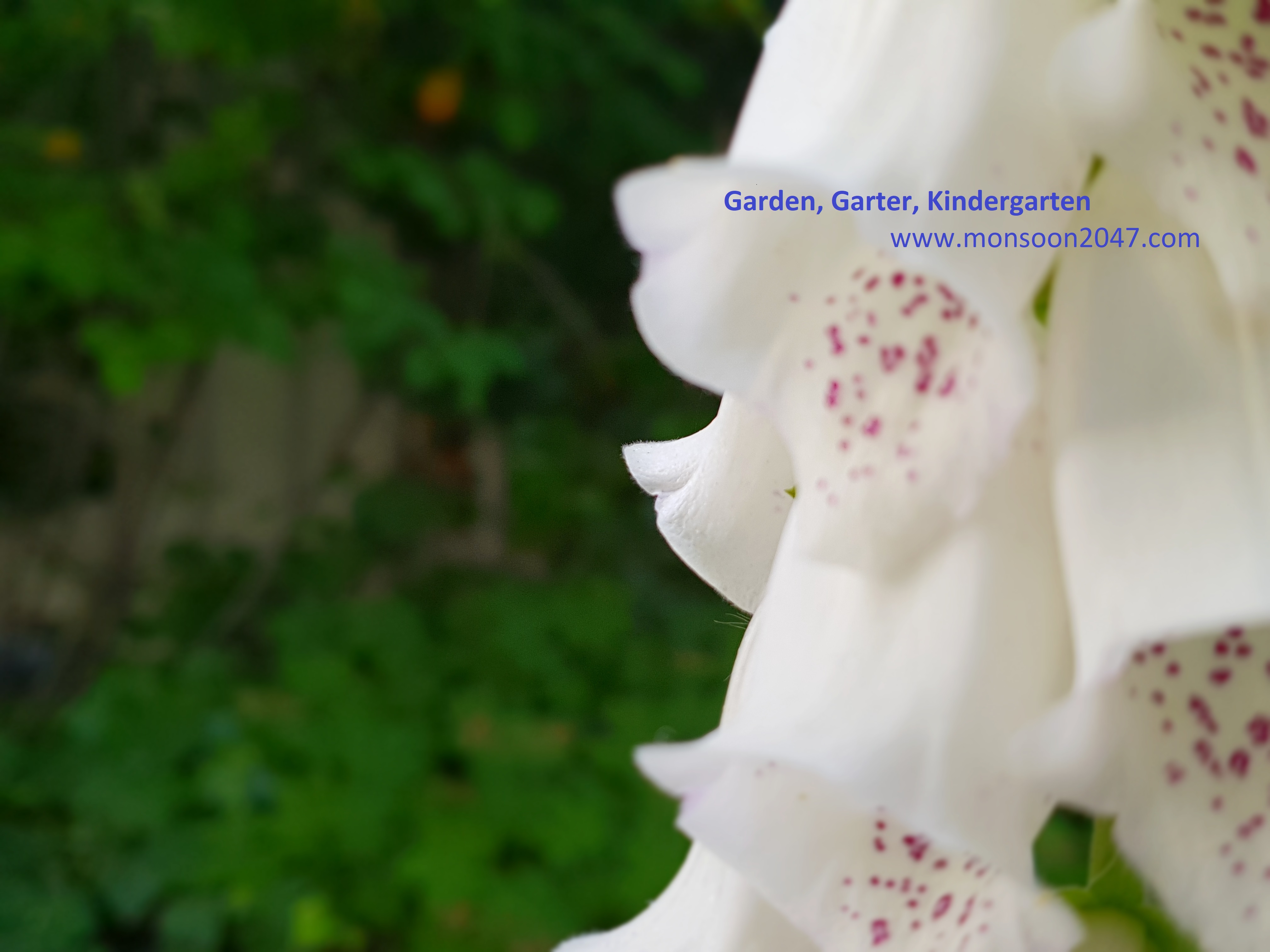 When it is garden, why it is not a kindergarden but kindergarten though it is almost a learning garden for toddlers and kids? That’s the way it is in English! Sometimes there is no logic and reason but you have to learn it.  English language has many words that are borrowed from other languages including the German word ‘kindergarten’.

Garden! Who wouldn’t want to have a garden in their house?

Garden is a piece of ground for growing flowers, and for recreation. Its size depends upon one’s house, or on the spirit and imagination of the town planners.

Garden functions as a plural noun: an ornamental grounds laid out for public enjoyment consisting of flower beds, grassy lawns, water bodies among others. Gardener and gardening are nouns.

Which is the garden city of India? Bangalore the Silicon Valley of India? That was once upon a time: the urban structures have overtaken the garden spaces.

Garden city is a town or city laid out symmetrically with spacious surroundings for parks and trees. Do they exist in 21st century’s Bangalore or Bengaluru?

Have you ever seen a garter snake either in a garden or in a jungle or in a kindergarten?

Garter is a band worn to keep a sock, a stocking up (without coming down) so that the garment will stay in its place.

In North America, garter is a suspender (to keep the trousers without falling off).

As a verb, garter refers to fasten a stocking, encircle a leg with a garter.

Garter comes from the French word ‘garet’ which means ‘bend in the knee’.

Garter snake is a snake that lives in water and has stripes that run along the length of its body. It belongs to the genus Thamnophis and it is native North America.

And there is a garter stitch! Garter static is plain knitting stitch forming ridges in alternate rows, one after the other.

Garter stitch is a pattern of knitting.

Kindergarten! Have you been to a kindergarten, or were you raised in household looked after by grandparents?

Kind functions as a noun (a race such as a humankind, a particular type of animals; manner or style of a person which is of his or her kind) and adjective (friendly, benevolent, gentle, and affectionate) and also a compound word ‘kindergarten’.