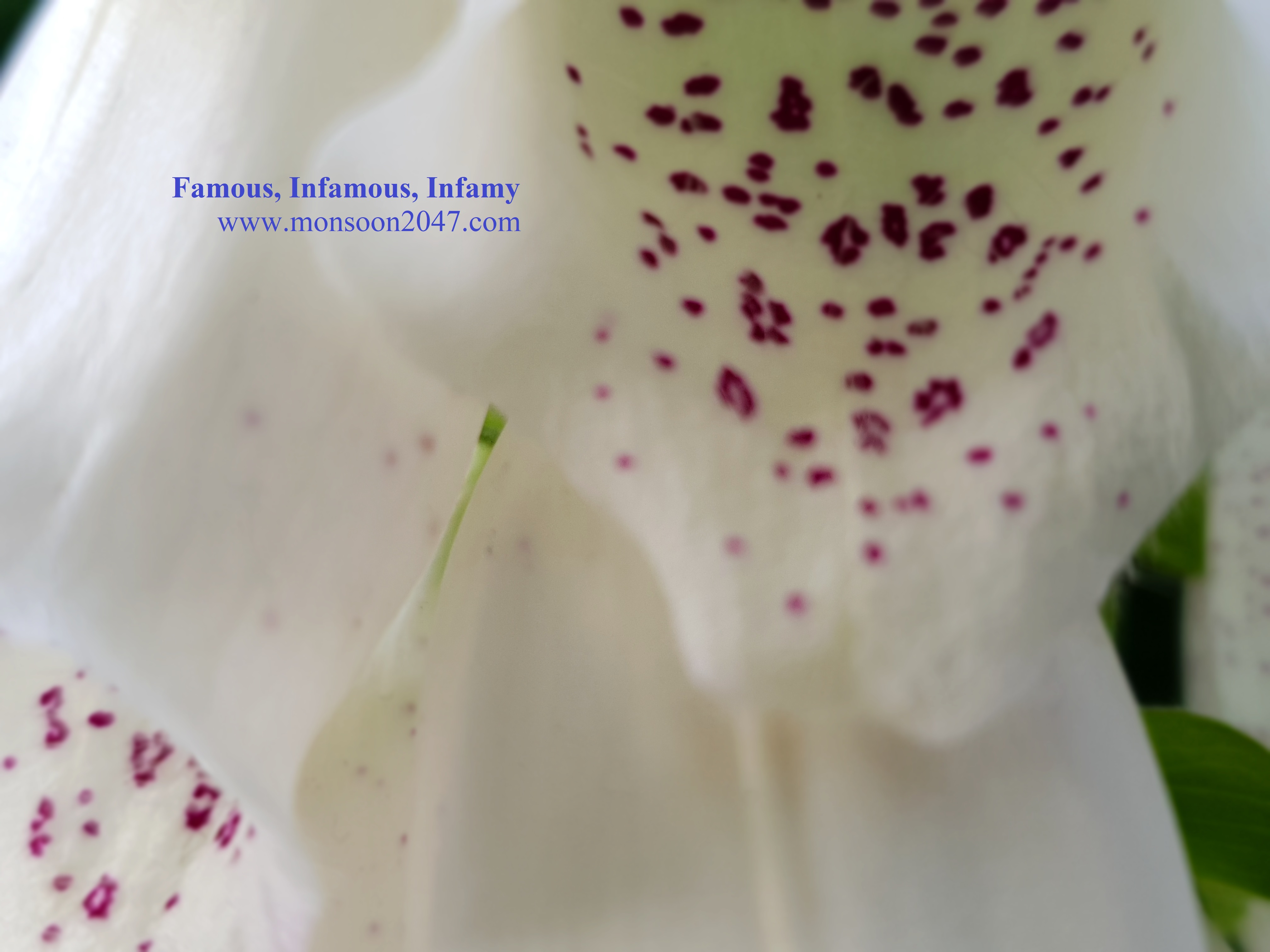 “We despise and abhor the bully, the brawler, the oppressor, whether in private or public life, but we despise no less the coward and the voluptuary. No man is worth calling a man who will not fight rather than submit to infamy or see those that are dear to him suffer wrong.”
― Theodore Roosevelt

Famous is an adjective: describes a person, country or place. Famous means some one or something known to many people, widely known, esteemed, celebrated, famed, notable, or renowned for artistic or goods or deeds or great actions.

Who is the famous person you admire in your life, and why?

London is famous for sight-seeing, too.

The former president of India, A P J Abdul Kalam, was famous among the people of India for his scientific achievements, and for leading an austere and simple life.

The related forms of famous are famoused (an obsolete word, also an adjective), famously (adverb: he once famously said…), and famousness (noun).

Are these the famous last words of Mahatma Gandhi: Hey Ram!

What were your granny’s famous last words?  It also means a statement that is without realistic foresight, overly optimistic, over confidence.

The etymology of famous is Anglo-Norman’s famous which is derived from the Old French word fameus, and fameux.

Infamous is not the opposite word of famous. Because famous and infamous people are places are known to many people but in the case of famous for a good reason and in the case of infamous known for a bad action or reason.

Infamous is adjective. Infamous means someone known widely but unfavourably, notoriously. The variants of infamous are infamously (adverb), and infamousness and infamy (nouns).

Infamy means someone known for evil fame, someone known to the public for wrong reasons or for committing a crime or corrupt act.

Some people like to work with famous and infamous subjects as a result of their livelihood, or for some professional reason.

“I like photographing the people I love, the people I admire, the famous, and especially the infamous. My last infamous subject was the extreme right wing French politician Jean-Marie Le Pen.” –Helmut Newton

The ‘infamy speech’ of former US President Franklin Roosevelt was about the infamous day in the history of the USA (Japan attacked Pearl Harbour). And the first line of the speech starts with: A date (8 December 1941) which will live in infamy….