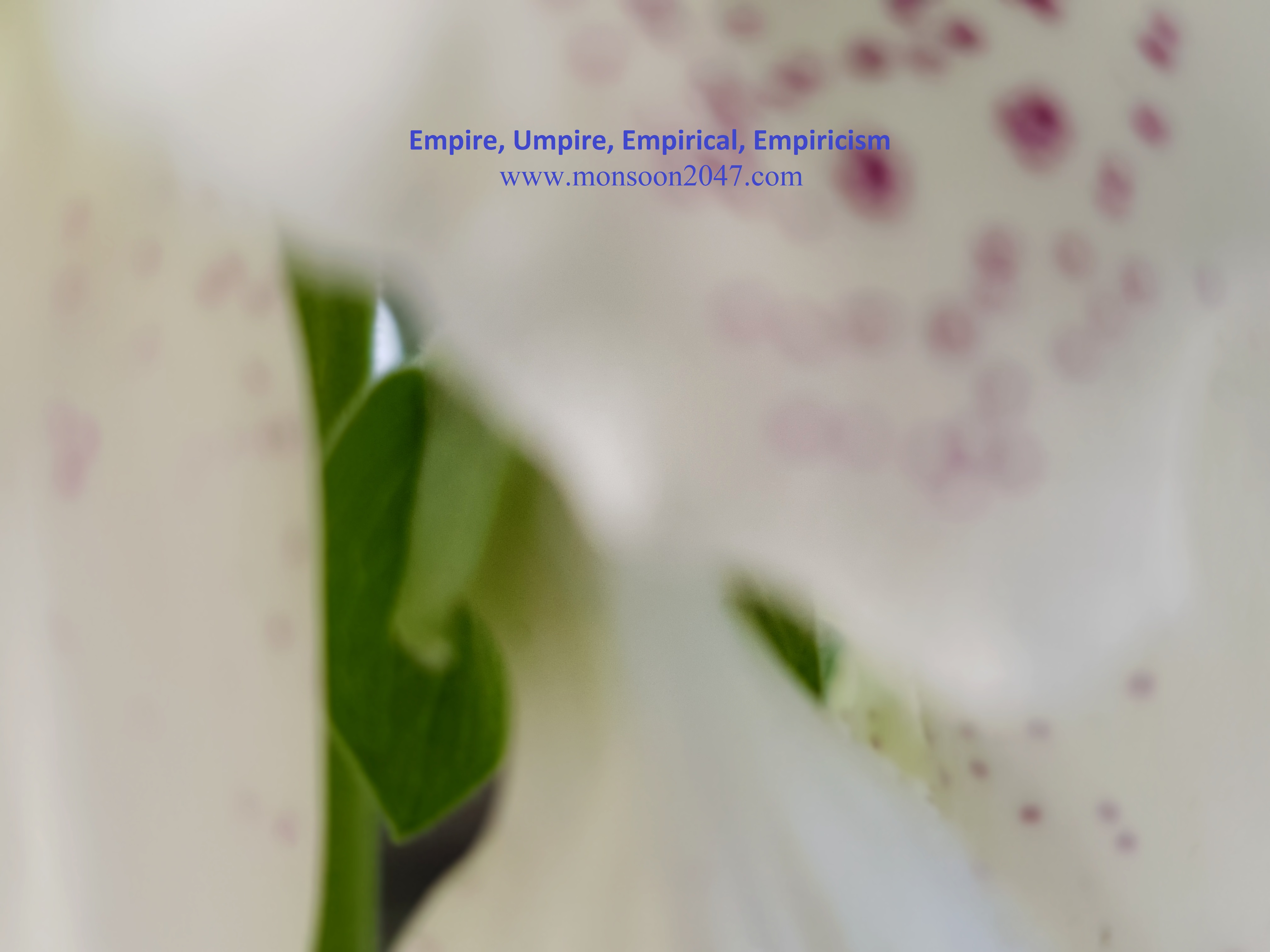 “There are many ways that we try to know things about the world around us. One way is through direct experience. This approach is sometimes called empiricism. Experience is often a reliable path to knowledge. … But learning by experience can also be filled with many trials and errors. Progress can be painfully slow and can lead down blind alleys.” –Glenn G. Sparks

Are you an empiricist?

Do you want to be your own emperor or umpire?

Empire is the extension of the a state (or country’s) sovereignty over other territories and different ethnic groups, the prevalence of power of a country over a large land, rule of an emperor or empress, a group of counties under a single authority, a monarchy (unlike a Republic) with an emperor as head of state.

In the 21st century, there are no empires but companies have emerged as having empires (conglomerates) – a group of companies under common ownership and run as a single organization.

Empire is a type of an apple: edible and cooking apple.

Empire State building is a skyscraper in New York, USA, and it was the world’s tallest building when it was built in 1931.

Umpire is a referee in a game, in a sports competition, an official at a game like cricket, football, baseball who judges and decides about issues in a game.

The ultimate umpire of all things in life is Fact. –Agnes C. Laut

Empirical is an adjective meaning based on observation, based on experience, something that is verifiable by observation. Personal experience is valid for oneself but not for others

Theoretical and empirical are opposite words.

Empirical is an adjective meaning a statement derived from an observation.

Empiric treatment of a subject comes with some experience of that subject.

Empirical basis, empirical data is derived from reliable measurement or observation, empirical treatment, empirical research, empirical rule (in statistics, the empirical rule to estimate the probability is 68 – 95 – 99.7% from a normal distribution), empirical ego (philosophy, the difference between self and ego in a person), empirical formula (in chemistry, the ratio of elements in a compound).

Empiricism is a theory that knowledge comes primarily from sensory experience, comes only from sense experience.

Empiricism is one of the views of epistemology: the role of experience and evidence, especially in sensory experience in the formation of ideas.

Empiricist is someone who believes in empiricism: the philosophy or doctrine that knowledge is derived from experience.