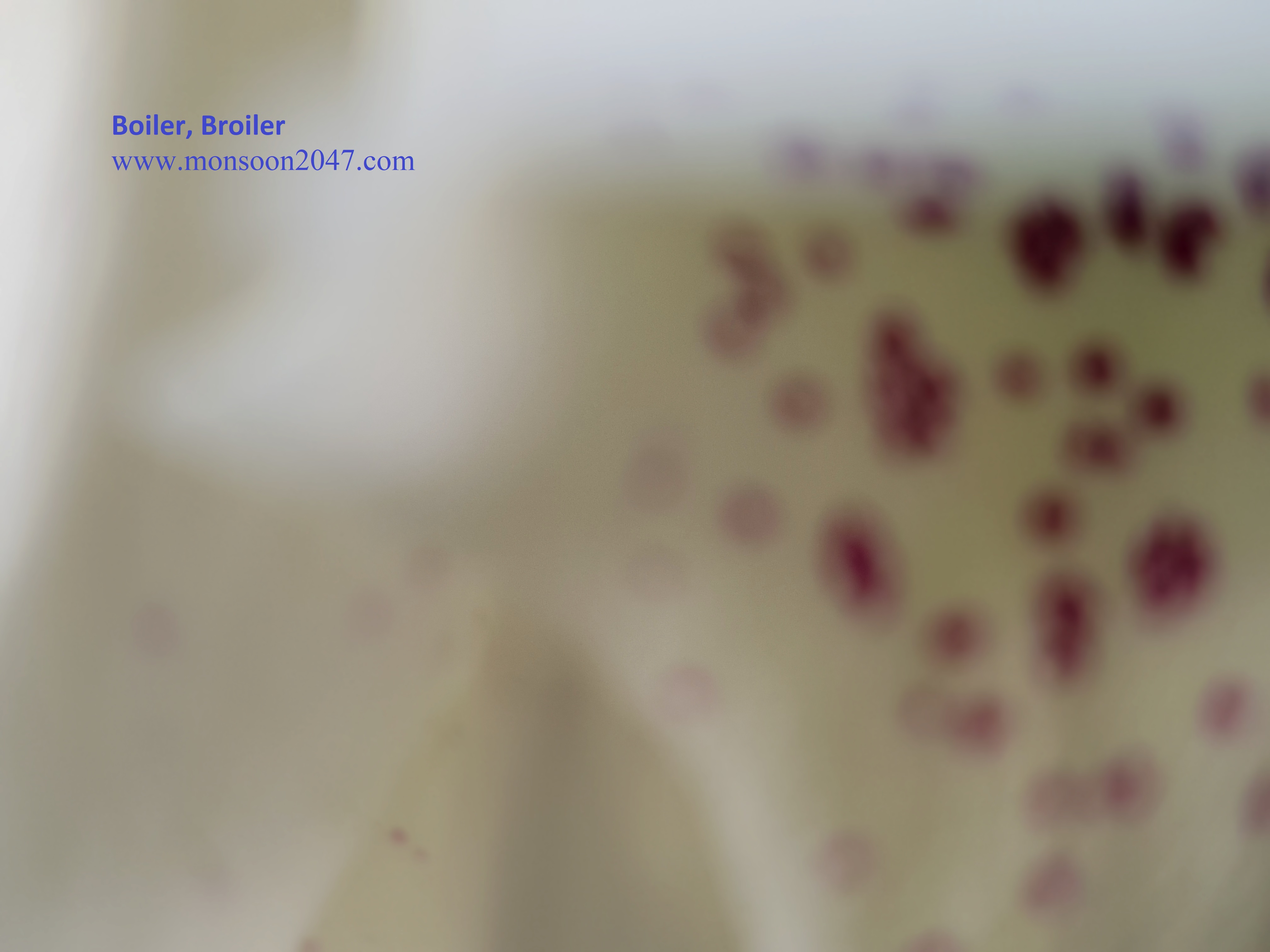 On a broiling day, who would like to work with a boiler?

Boiler is almost a mandatory requirement in every household in the temperate countries of North America, northern Europe and Asia but not broilers.

With the arrival of broiler chickens (poultry chicks), country chickens or free range (fowls, and wild jungle fowls) have become scarce for they are taxing to raise. The free range chicken are also marketed as organic chickens. If they are available in the market, they are quite pricey.

Boiler is a fuel-burning apparatus, or a container for heating water.

Boiler is an enclosed vessels in which water is heated and circulated, either as hot water or as steam for heating (by using fuel, or gas, or oil).

Boiler as an apparatus, or a domestic device, used to heat water usually for central heating system in a house or in building.

Boiler is tank for heating to steam water under pressure, or a metal tub used in laundry.

Boiler is a kettle for boiling or heating water.

Boiler suit is one-piece garment, or an overall, worn by manual workers at work.

Boiling point is the point of temperature at which liquid starts to boil.

Broilers are bread and raised for its meat usually in poultries.

Broiler chickens are a gallinaceous domesticated fowls: a hybrid of the egg-laying chickens.

Broilers are raised for broiling, roasting, frying, and other chicken dishes.

Broilers have distinctly white feathers and yellow skin. They are raised in poultries for their meat and eggs.

Broilers (chickens) are more in number than any other bird species in the world! The world is gorging on chickens, and the demand for broilers is rising with the global junk-food chains making inroads everywhere.

Broil is a verb referring to cooking meat on fire, or on a gridiron or rack, or grill. Would you like gravy chicken or broiled chicken?

Broiler meat has become popular in the US and in India because poultry meat (broiler) is a source of high quality proteins, minerals and vitamins to balance the human diet.

Broilers are raised for their ‘high feed conversion efficiency’: the amount of feed required for unit body weight gain is lower in comparison to other livestock.

India is the fifth largest producer of broiler meat in the world; broiler farming has gained importance across the world though the chickens are susceptible to diseases.