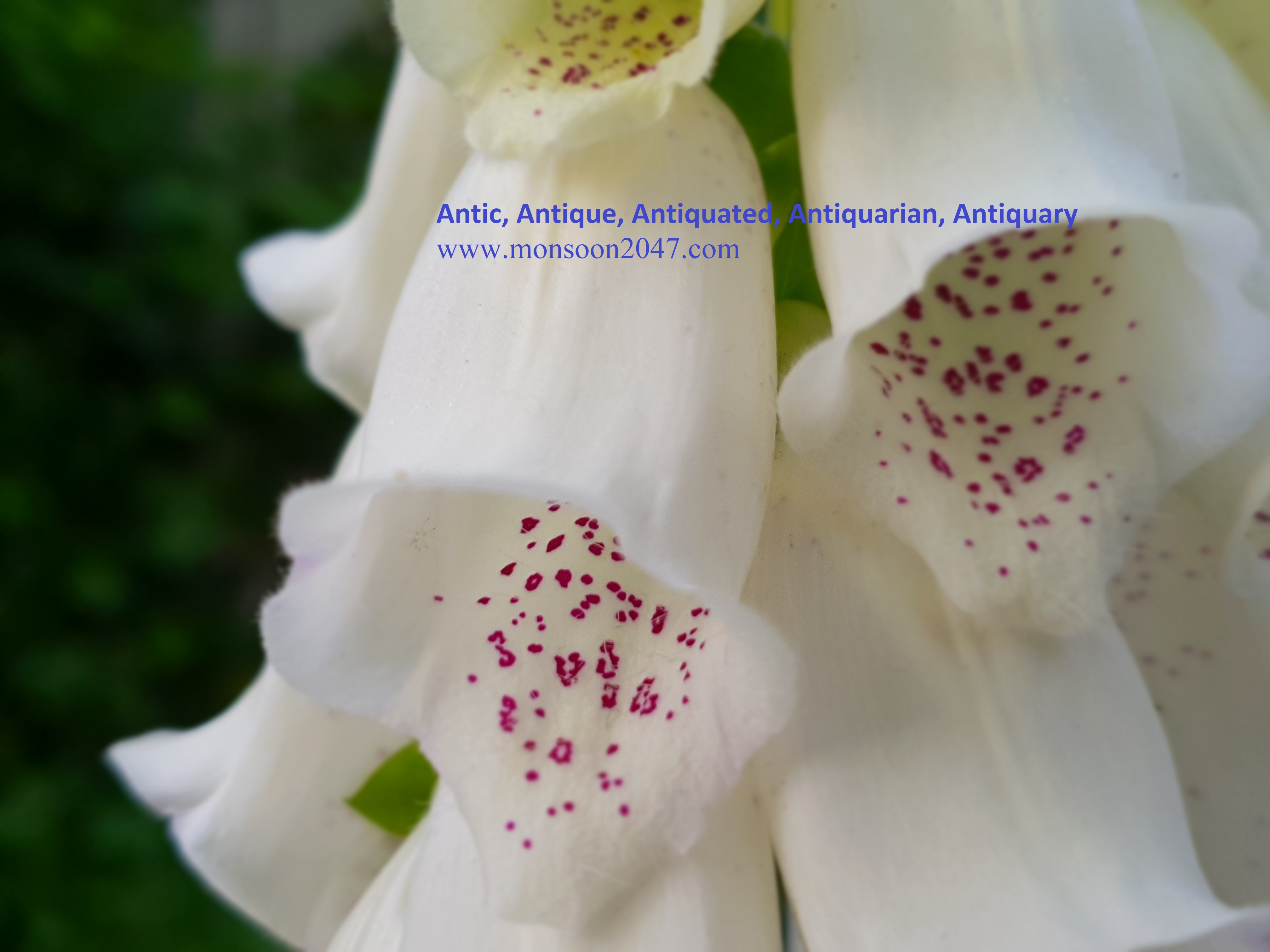 Antic is behaviour of someone aimed at amusing other people with absurd or exaggerated movement.

Antic is noun. Antic functions as singular and plural noun, but its plural form is also antics.

Antic indicates to someone with foolish behaviour; outrageous behaviour; an absurd action performed by someone knowingly or unknowingly, a silly action, characterised by clownish extravagance or absurdity.

Antic is an attention-drawing aspect of person which is wildly playful, or funny foolish act, whimsically gay or frolicsome.

The similarity between monkeys and humans is: monkeys’ antics are reflected in humans.

Clown’s role is to perform antics.

Antic is pronounced as ‘an-tik’

Antic is derived from the Latin word ‘antico’.

ANTICAL: Note that antical is in reference to botany implies a twig oriented towards the apex, pertaining to the surface of a prostate thallus (a green shoot) – oriented away from the substrate. In this sense, its opposite is postical.

Antique (noun) is an object belonging to the distant past such as a furniture, items or things that have some value, decorative artefacts usually having a high value.

Antique as a noun refers to old objects such as porcelain, old furniture usually made of resilient wood.

One of my hobbies is to collect antique coins

Antique sellers are common in the metropolitan cities.

Antiquity is a noun.

Antiquity refers to ancient times, also to time that is of distance past; of great age such as a city, a philosophy; physical remains, relics from ancient times such as buildings or art works or coins.

Which is the city of great antiquity in India? Benares!

Antiquated is an adjective: something or someone which is old-fashioned, outdated. What is antiquated to you may not be antiquated to others such as fashion or social mores.

An antiquary (antiquaries) is a collector of antiques or antiquities.

Antiquarian as an adjective refers to the study or collection or sale of antiques such as old books or rare books.

Have you ever been to an antiquarian bookseller in your city?