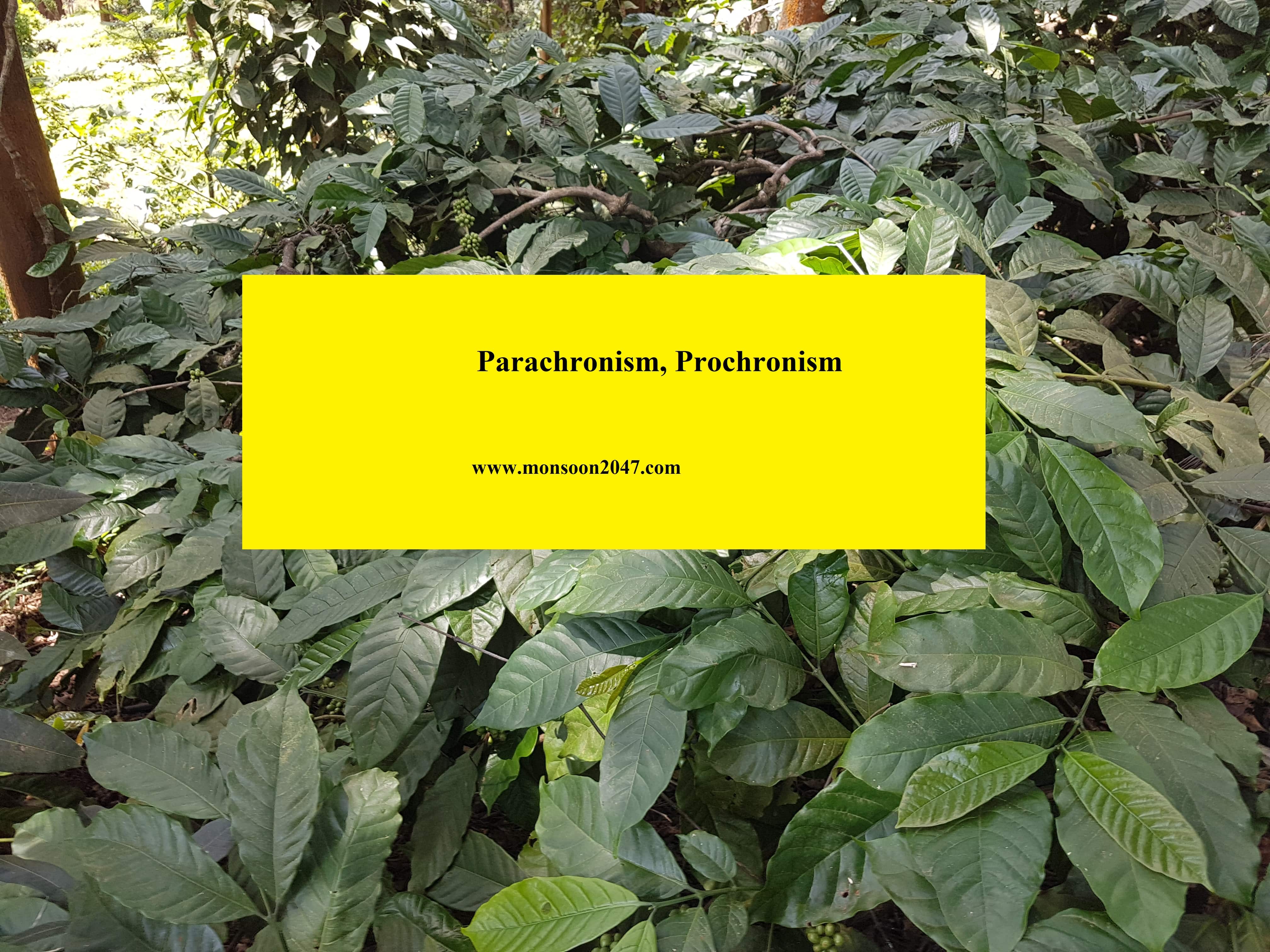 Bill Bryson mentioned about prochronism in his book ‘AT HOME’: ‘Many devout people simply couldn’t accept that the Earth was as ancient and randomly enlivened as all the new ideas indicated. One leading naturalist, Philip Henry Gosse, produced a somewhat desperate alternative theory called ‘prochronism’ in which he suggested that God had merely made the Earth look old, to give people of inquisitive minds more interesting things to wonder over. Even fossils, Gosse insisted, had been planted in the rocks by God during his busy week of Creation.’

Parachronism is an oddity. With popular entertainment catching up with people’s lives through internet-enabled gadgets, so is the research related to what people watch and why and where. Shannon Howard at Auburn University at Montgomery wrote a research paper published in Journal of Multimodal Rhetorics in Spring 2017 titled ‘Why Are We Here?’: Parachronism as Multimodal Rhetorical Strategy in Grey’s Anatomy. She noted about parachronism: ‘Rarely used today, the term parachronism, originally defined as an “error in chronology,” is similar to the anachronism but works retroactively instead of fowardly. This is all to say if an anachronism is a clock of standardized time in a Shakespeare play, a thing too futuristic to belong in a narrative set in medieval Scotland (see Macbeth), parachronism works in the opposite direction, by using a dated reference to amplify the present situation. Science fiction author Samantha Shannon (2013) explains, “The key difference is possibility. It is impossible for Marilyn Monroe to realistically turn up in 1984 – she died in 1962. But it is possible for a man to be wearing a ruff or using a quill in 2005 – just not very likely, given how silly he’d look.”’