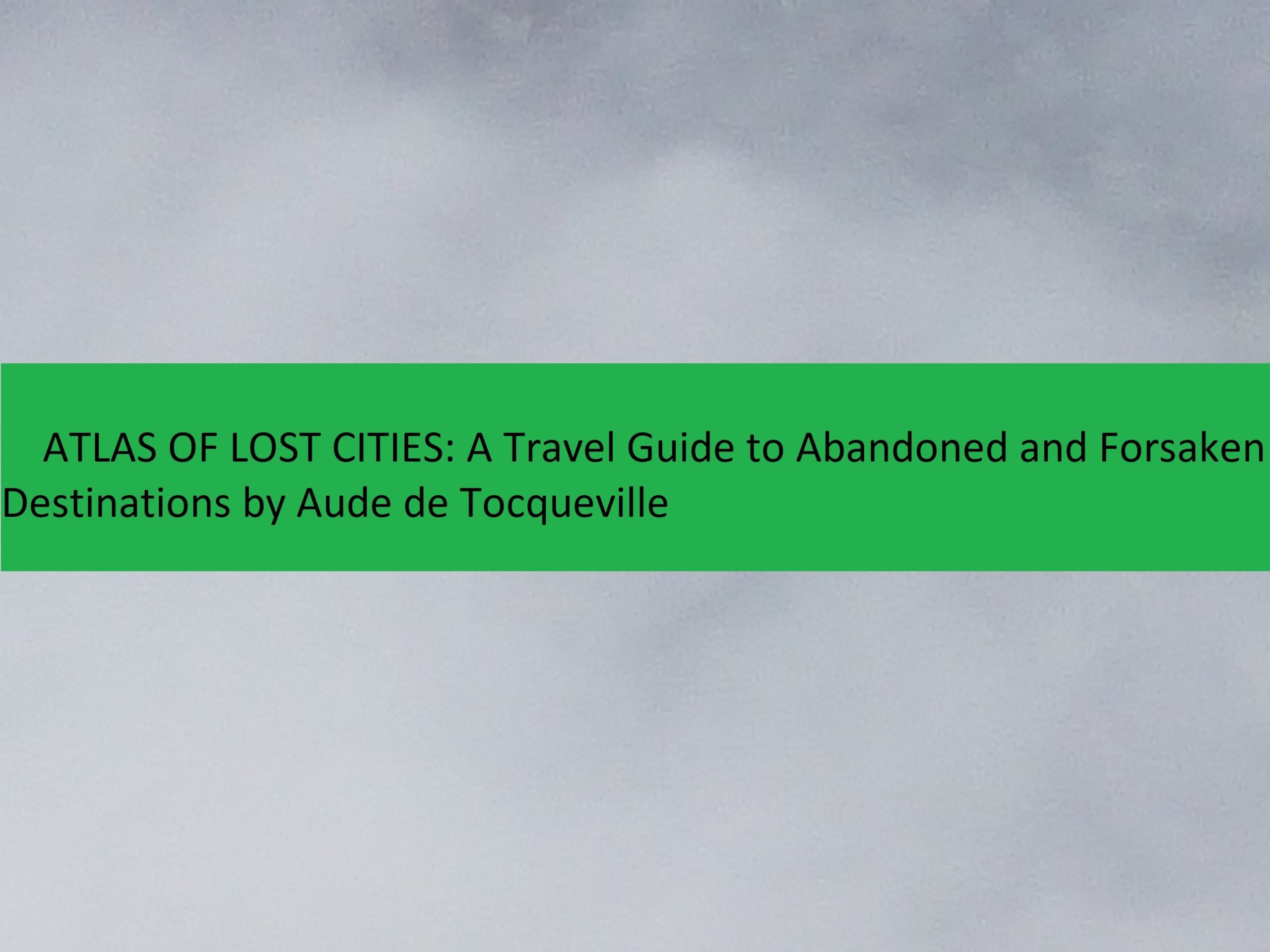 What are the lost cities of the world? How many? Which continent has highest number of lost cities? ATLAS OF LOST CITIES: A Travel Guide to Abandoned and Forsaken Destinations by Aude de Tocqueville published by Black Dog & Leventhal Publishers of Hachette Book Group is a book about the lost cities. The book notes ‘this work is based on an idea by Gerard and Virginie Grundval’. The book identifies the following cities as abandoned or forsaken in:

‘The world is nothing but a footbridge. Cross over without stopping to erect your house there.’ – Fatehpuri Sikri calligraphic inscription

What are the lost and abandoned cities of India? The lost cities in India are Fatehpur Sikri, Lothal and Mandu.

The author asks in the book CAN SOMEONE TEACH WISDOM? And answers: “While passing through Fatehpur Sikri, I discovered a tomb of overwhelming beauty. This wonderful confection of white marble, mother-of-pearl, and ebony wood had been made for Akbar’s personal adviser and embodies the emperor’s lifelong veneration for a man who had taught him wisdom. For a moment. For a moment, history commingled with my wandering thoughts. The lost city is thus poetry, dream world, and setting for our passions and meanderings, a kind of metaphor for our lives. While our fascination derives largely from the way they mirror our own existence, there is sometimes another reason: they also attest to the folly of the world, to the violence of nature and violence of mankind.”

At the age of twenty six, Emperor Akbar was despaired about not having an heir. But he consulted a hermit reputed to be wise and that hermit predicted that a son would be born to him. Indeed, the prediction was a reality: Akbar had an heir: Prince Salim the future Emperor Jahangir. Akbar decided to shift his capital to the spot where the sage lived, on the Sikri Ridge, rocky plateau southwest of Agra. Shaikh Salim Chisti was the hermit who predicted the heir of Akbar, and he was a popular sufi saint. And, Akbar began the construction of his new city in 1572. Aude de Tocqueville writes, “Subtly blending Arab, Persian, and Hindu influences, the capital reflects the interests of Akbar, an enlightened and deeply pious monarch with an interest in the arts. And if the austerity of the bare stone causes visitors to forget the time when these palaces resounded with the clatter of arms and the buzz of the court, the architectural fantasies of this inspired place underline the sophistication of Mughal culture. Protected by an encircling wall and dispersed around a vast esplanade are winter and summer residences, the palace of Akbar’s wives (the first was Christian, the second Hindu, and the third Muslim), mosques, terraces, labyrinthine passages, and pavilions and kiosks shaded by awnings—and all this graced by columns, capitals, and elaborate windows whose pink stone is worked as finely as wood. The organization of space is so ingenious that Fatehpur Sikri was to have a major influence on Indian urban planning, notably that of Old Delhi.”

Akbar lived at Fatehpur Sikri for 12 years from 1573 to 1585 but moved to Lahore to confront the Afghan tribes’ incursions. In 1619, Fatehpur Sikri became the seat of the court once again when Jahangir the son of Akbar took refuge in order to escape the epidemic of the plague in Agra.”

Fatehpur Sikri was eventually abandoned to years of drought (artificial reservoirs dried): “Without enough water to satisfy its needs, the court abandoned the city for good, leaving it to slowly fall into ruins,” notes Aude de Tocqueville.

Mandu in Madhya Pradesh is perched on the edge of Vidhya mountains on an isolated plateau surrounded by deep ravines. Mandu was the capital of the state of Malwa. It is the setting for the legendary love story Baz Bahadur and Rupamati: Baz Bahadur was a Muslim prince and Rupamati was a Hindu shepherdess with a mellifluous voice. Aude de Tocqueville writes, “Head over heels in love, the prince built a sumptuous palace for his beloved on the southern edge of the plateau that overlooks the valley of his birth and through which flows the holy Narmada River. Sadly, the appetite for conquest of Mughal emperor Akbar the Great was insatiable. In 1562 his merciless general made short work of Bahadur’s small army, causing the prince to flee and leave behind his harem. Rupamati took poison in order to escape the invader’s clutches. Since then, this tragic tale has inspired countless poets, painters, singers, and Bollywood scriptwriters.” Mandu started to decline in the 18th century with the transfer of the regional capital to Dhar among other reasons.