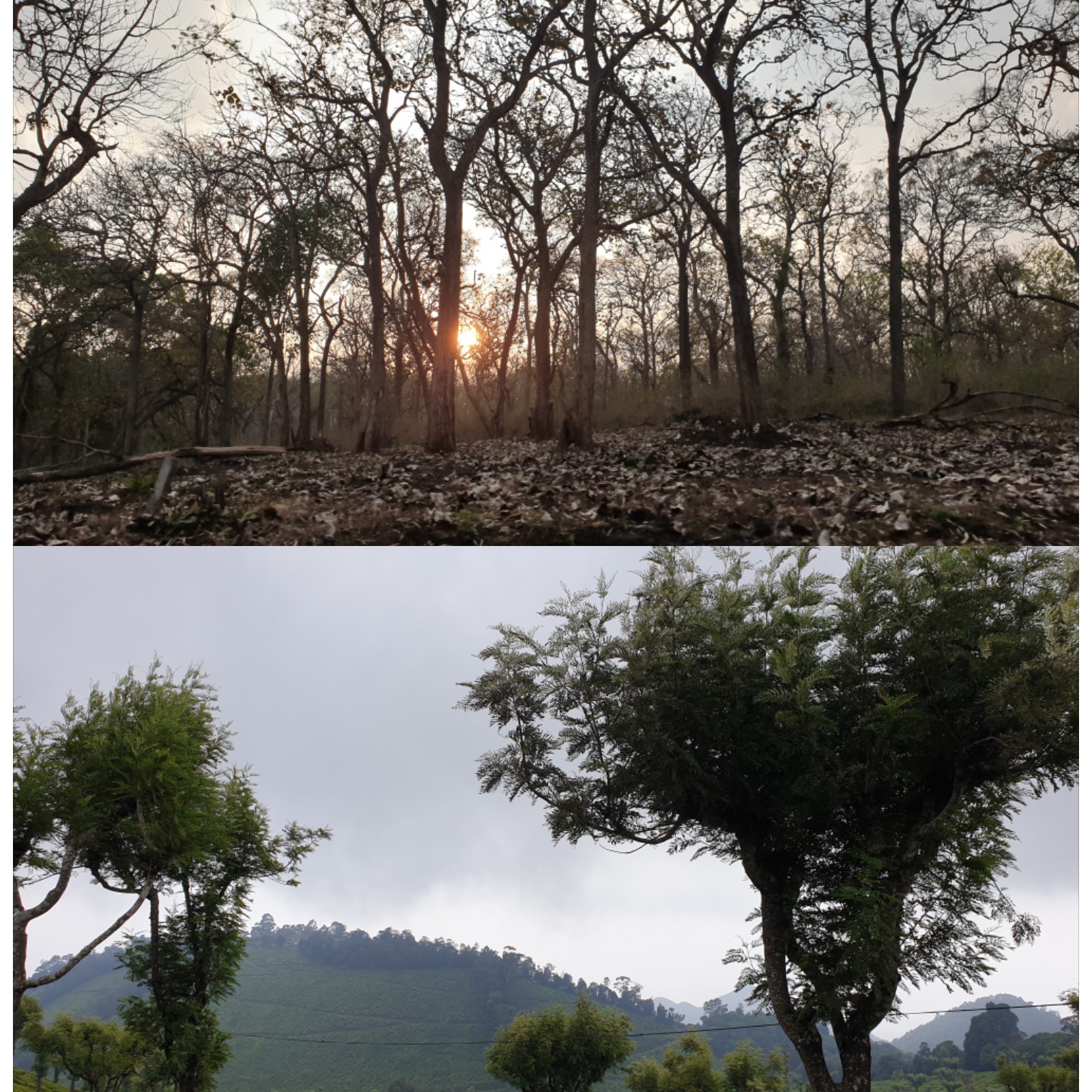 Western Ghats run parallel to the Arabian Sea: 1600 km long stretch interrupted only in one gap by 30 km. The minimum width of the ghats is 48 km and the maximum width is 210 km. The mountain range is also known as Sahyadri. The mountain chain traverses through the states of Gujarat, Maharashtra, Goa, Karnataka, Tamil Nadu and Kerala.

Western Ghats extends from the Tapti River in the north to almost to the point of Cape Comorin in the south. The elevation ranges from 900 to 2700 metres: The highest peak is Anamudi in Kerala, which rises to a height of 2,695 metres; and another peak is Doda Betta in Tamil Nadu, which rises to 2,637 metres in Nilgiris district of Tamil Nadu.

Palghat Gap marks the point of break and the point separation with a 30km gap in the Western Ghats, and the ghats further south is known as the Southern Ghats.

Western Ghats-Sri Lanka Biodiversity Hotspot is one of the Hottest Hotspots in the world. A hotspot is a region that contains at least 1,500 endemic species of endemic vascular plants and to have lost at least 70% of its original habitat.

Western Ghats receives heavy and high rainfall from the southwest monsoon, and it is the principal watershed for the peninsular India.

Resorts in its hills, and dams built for irrigation and hydroelectricity are not uncommon. The pressure from humans has become a cause of concern for the biodiversity of the Western Ghats in addition to other such as water. “The Western Ghats is one of the world’s most heavily populated Biodiversity Hotspots providing through water for drinking, transport, irrigation, and hydroelectric power, together with food and resources to sustain livelihoods. However, the pace of growth of the Indian economy and rates of industrial and urban development are not in tune with the conservation needs of its diverse freshwater ecosystems and the remarkable high diversity of species they contain,” said a report THE STATUS AND DISTRIBUTION OF FRESHWATER BIODIVERSITY IN THE WESTERN GHATS, INDIA compiled by S. Molur, K. G. Smith, B. A. Daniel and W. R. T. Darwall and published by the IUCN Red List of Threatened Species.

International Union for Conservation of Nature (IUCN) helps the world find pragmatic solutions to pressing environment and development challenges. The report mentioned, “The Western Ghats is home to some of the world’s most unique fauna, flora and fungi. Compared to other hotspots, it has high human population per unit area (more than 300 humans/km2), making it that much more challenging to conserve (Molur 2009). The Western Ghats have also lost nearly 50% of forest cover since the early 1900s and the trend is continuing with increased fragmentation and encroachments. Additional threats include hunting in many parts, which has extirpated local populations of several species and groups of terrestrial and freshwater fauna.”

The United Nations’ UNESCO notes it as the region of ‘Outstanding Universal Value’: ‘A significant characteristic of the Western Ghats is the exceptionally high level of biological diversity and endemism. This mountain chain is recognized as one of the world’s eight ‘hottest hotspots’ of biological diversity along with Sri Lanka.’ According to UNESCO, Western Ghats has:

How a shola and a grassland in a mountain are distinctly separated creating a shola-grassland complex or shola-grassland mosaic? The existence of shola-grassland is a scientific debate. One observation is that it could be a result of climatic climax vegetation (a state equilibrium) wherein the regeneration and expansion are prevented by climate. Another one is it could be a result of anthropogenic factors: burning of forests and removal of forests by slash-and-burn cultivators, actions of pastoralists, shifting agriculturists and herders.

Myristica Swamp: Myristica swamp is a freshwater swamp forest. It is usually dominated by the species of Myristica. The swamps are found in the state of Karnataka and Kerala in southern India. The plants have adapted to live in water by develop stilt roots and knee roots. Botanists identify it as an evergreen forest. It is also noted as the most endangered ecosystem in India. PV Nair and his team studied the flora and fauna swamps of Myristic swamps in Kerala (Kulathupuzha and Kollam) in 2007. They documented eighty two trees and ninety four species of herbs/shrubs. The floral and faunal diversity of the swamps are drawing interest from researchers and scientists across the world:

“In the northern part of the range, about one-third of the plants, almost half the reptiles, and more than three-fourths of the amphibians known in India are found in this narrow strip of rainforest just off the west coast,” informs World Wildlife Fund (WWF). “The forests in the southwestern Ghats are even richer, hosting the country’s largest population of Asian elephants (Elephas maximus) as well as Bengal tigers (Panthera tigris tigris), lion-tailed macaques (Macaca Silenus), sloth bears (Ursus ursinus), nilgri tahrs (Hemitragus hylocrius) and much more.

Lonely Planet 2019 describes Western Ghats as: “Stretching like an emerald scarf from Maharashtra to Tamil Nadu, the Western Ghats are the south’s answer to the Himalaya. Here you find ridges choked in jungle, nostalgic hill stations, scattered tea and spice plantations, and national parks teeming with elephants, leopards and tigers. There’s even a charming steam-powered miniature train, chugging uphill to Ooty (Udhagamandalam) via Coonoor. You’ll find plenty of colonial-era bungalows turned hotels, where you can sit with a cup of Indian tea and watch the mists swirl over mountains.”

Eastern Ghats is a discontinuous range of mountains. It runs almost along India’s eastern coast but discontinuous and dissimilar hill masses. They run roughly in northeast-southwest direction along the Bay of Bengal.

Eastern Ghats the mountain range is smaller in comparison to Western Ghats. Its elevation ranges between 600 metres to 1,200 metres. The highest point in Eastern Ghats is Arma Konda (1,680 metres) in the state of Andhra Pradesh. There are gaps in the Eastern Ghats that are wider than in Western Ghats. Through these gaps the rivers Krishna and Godavari flow from west to east and flow into Bay of Bengal.

Godavari River runs through a gorge 40 miles or 65 km long. Eastern Ghats appear as a series of low ranges and hills. The mountains’ slopes have sparse forests containing valuable timber.