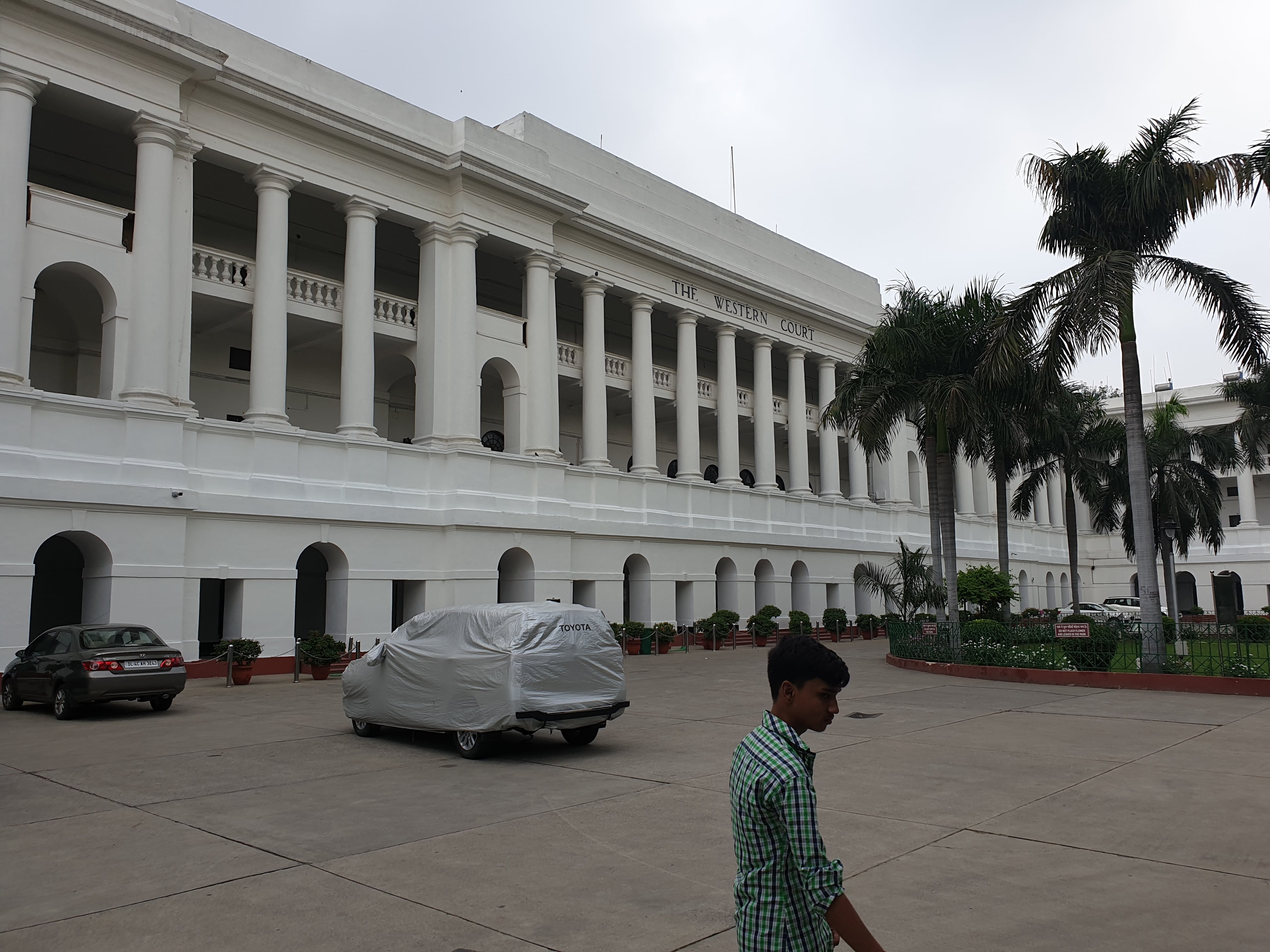 Next to the Imperial Hotel in Lutyen’s Delhi on Janpath Road is the Western Court known for its architecture, colonial history and socio-political significance. The Western Court is the property of Government of India. It is maintained and preserved in a good condition unlike its replica opposite to it: The Eastern Court.

The Western Court is where the elected representatives are accommodated on a temporary basis (transit accommodation) once they are elected to the Parliament of India: Lok Sabha and Rajya Sabha, the Lower House and Upper House respectively. The members of Parliament can also book accommodation for their constituents or voters for a minimum of three days at a nominal rent. The interesting thing about the building is its architecture and history.

In this building one of the eminent freedom fighters of India, Lala Lajpat Rai had stayed. The Western Court recognises it with a plaque: “On the occasion of the birth centenary of Lala Lajpat rai this plaque is put up to commemorate his stay in the western court during the years 1926-1927”

“On the occasion of the birth centenary of Pandit Motilal Nehru this plaque is put up to commemorate his stay in the Western Court during the years 1924-1926,” notes another plaque in the building. Pandit Motilal Nehru was the father of India’s first Prime Minister Pandit Jawaharlal Nehru.

The Western Court in the second decade of the twenty-first century reflects the times: to maintain it clean and tidily (Swachh Bharat), spitting of paan or betel juice is completely banned and also smoking. The gardens and lawns are thoroughly taken care of, and have a notice to flower pluckers: DO NOT PLUCK FLOWER AND LEAVES IN THE PARK.

Narendra Modi, the Prime Minister of India, had inaugurated an annexe, the Western Court Annexe, on 4 April 2018 built behind the original building with a conference room and other latest amenities. On this occasion, the Prime Minister appreciated the Speaker of the Lok Sabha, Smt. Sumitra Mahajan, for her efforts in the completion of this project and she always has the well-being of the MPs in mind. He said that her compassion is reflected in the attention to detail that has been given in this project. He also pointed out that when MPs are newly elected, they have to stay in hotels and this makes headlines. However, he said that what is often missed is that previous occupants overstay beyond the designated time.

In the post-independent India, Govindaswamy Karuppiah Moopanar (19 August 1931 – 30 August 2001) and Indrajit Gupta (18 March 1919 – 20 February 2001) were the two prominent parliamentarians who had stayed at the Western Court.