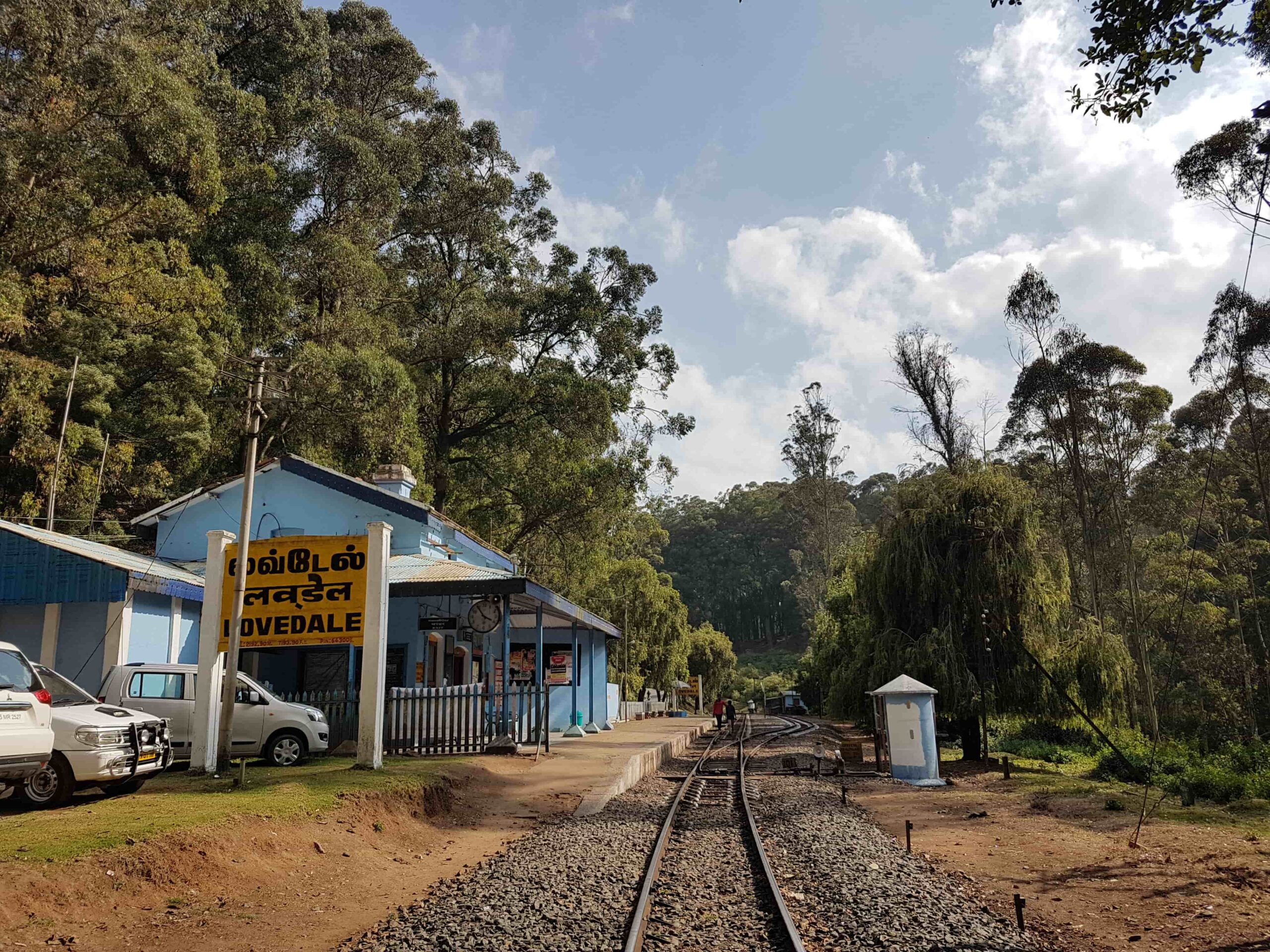 Lovedale is a little town situated in the Nilgiris district, Tamil Nadu, India. Lovedale is one of the highest places above mean sea level in the Nilgiris. It is located about 5 km from Ooty the Queen of Hills with a population about 1000-1500 people.

Lovedale has the Lawrence School, which is a residential school; one of the stops of Nilgiris Mountain Railways (UNESCO World Heritage Site), which is the highest station on the entire route. The Lawrence School is located in Lovedale, which was in 1858. This Lawrence school was established after the death of Sir Henry Lawrence but before this he had established one at Sanawar (1847), and another at Mount Abu (1856). The one at  Ghora Gali, Murree in the present day Pakistan was set up in 1860, and the school in Ooty, the third one, was established in Ooty as an asylum and vocation centre for children of European descent in the Indian subcontinent.

THE CHURCH OF ASCENSION:

The Church of Ascension is located in the campus of the Lawrence School built in 1911. It has features of Gothic architecture, stained glass alter panel depicting the ascension of Jesus into Heaven, and a pipe organ.

The church’s foundation stone was laid by Sir Arthur Lawley in 1911. He was the Governor of Madras Presidency under British Raj in 1911, and in 1914, the church was finally consecrated on Ascension Day – the day Jesus Ascended into Heaven.

“The peculiarity or rather, the specialty of this church is that this church is situated inside premises of Lawrence School, unlike other shrines in the place. The ceremonial uniform wearing parades lead the worship on Sundays, which is a rare scene these days,” Garima Bahl writes, in TravelTriangle about the Church of Ascension in the campus of the Lawrence School in Lovedale, Ooty, the Nilgiris district, Tamil Nadu, India. “A true lover of Jesus Christ cannot leave the place without shedding a drop of tear on seeing through the glass altar panel that is stained. Also, the big pipe organ in the church attracts eyes.”

Lovedale in Ooty is one of the scenic spots, and of educational importance. Ooty is also known as Ootacamund, and Udagamandalam, the district headquarters of the Nilgiris district of Tamil Nadu in south India. The district has environmental and ecological importance for its unique shola-grasslands: a type of high-altitude stunted evergreen cloud forest interspersed by undulating grassland. The sholas are found in the folds of the hills while the grasslands are in the high plateaux.

The Nilgiris Mountains has been identified as a biodiversity hotspot for it also has a large number of species endemism. The Nilgiris distict is part of Nilgiris Biosphere Reserve which is UNESCO-declared International Biosphere Reserve – a biosphere reserve is an ecosystem with unusual scientific interest and natural habitats of interest thus needs preservation and conservation – and a world heritage site. The biosphere reserve extends over the adjoining states of Kerala and Karnataka. UNESCO mentions about it as, “Top of Form

A fascinating ecosystem of the hill ranges of Nilgiris and its surrounding environments covering a tract of over 5000 square kilometers was constituted as Nilgiris Biosphere Reserve by UNESCO in September 1986 under Man and Biosphere Programme. Nilgiris Biosphere Reserve is India’s first and foremost biosphere reserves with a heritage, rich in flora and fauna. Tribal groups like the Badagas, Todas, Kotas, Irullas, Kurumbas, Paniyas, Adiyans, Edanadan Chettis, Allar, Malayan, etc., are native to the reserve.” Nilgiris Biosphere Reserve includes wildlife sanctuaries and national parks of Mudumalai Wyanaad, Bandipur, Nagarhole, Mukurthi, Silent Valley, Sathyamangalam, and Aralam.