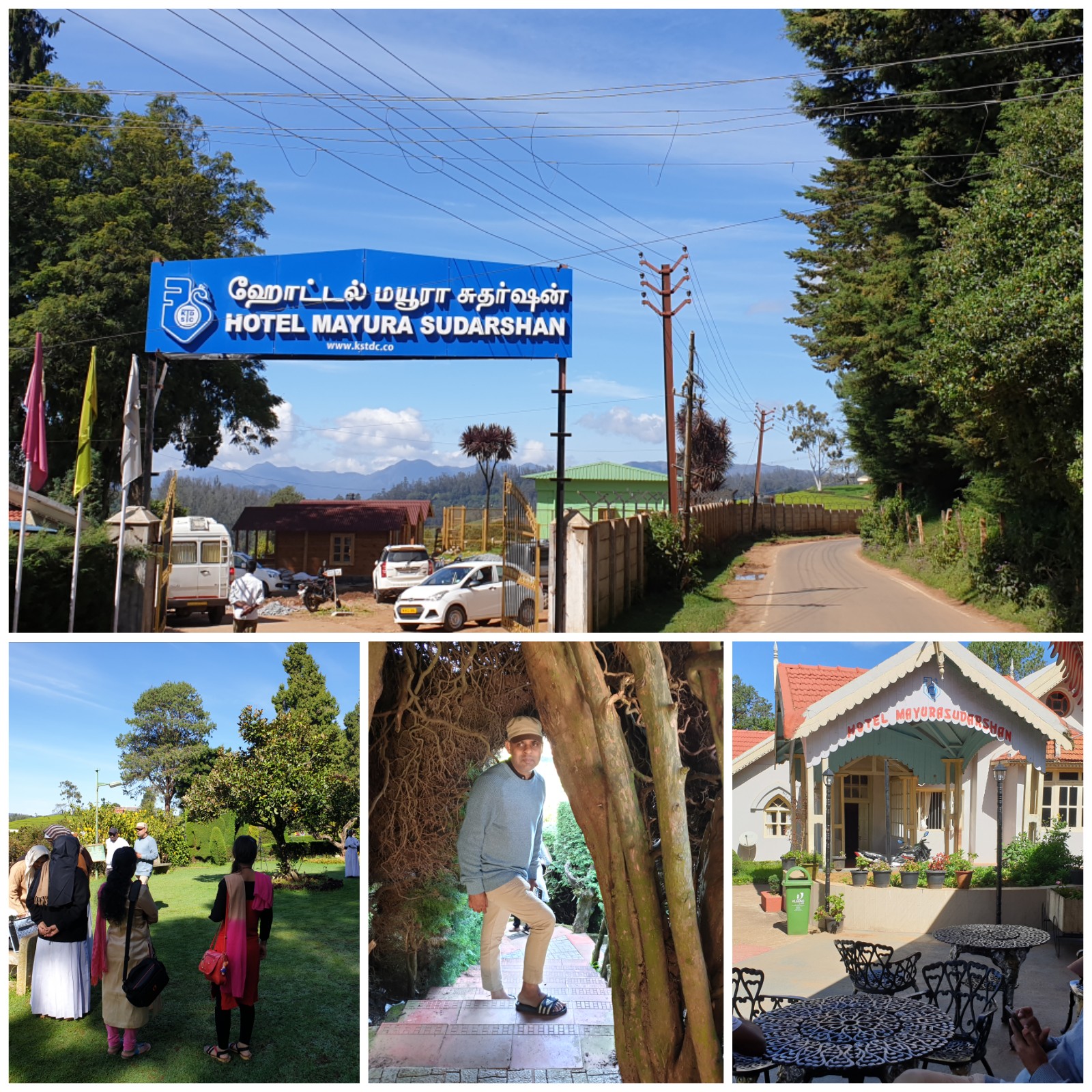 Ooty has a wide range of places to stay ranging from budget hotels to expensive guest houses. One of the hotels to stay is Hotel Maurya Sudarshan. It is located in the green environs of Fern Hill, and close to both the bus stand and the railway station.

The hotel has cottages (wood houses), suites, A/C and Non AC rooms with scenic views of the garden and tea plantations in the backdrop of mountains. The restaurant provides dishes ranging from the Nilgiris’ cuisine to Kannada cuisines. The hotel has Western privy, WiFI, walk in its garden, 24/7 security and reception, restaurant and parking facility.

Ooty has the potential to offer mesmerising experiences: a hill station that is a magical wonderland even during monsoons. Ooty has well-maintained gardens, beautiful lakes, waterfalls, shola forests, valleys and viewpoints among others.

Hotel Maurya Sudarshan is owned by the Karnataka State Tourism Development Corporation Limited (KSTDC), which was incorporated on 06.02.1971 as a company wholly owned by the Government of Karnataka. KSTDC helps ‘domestic and international tourists find their delight by providing facilities that include accommodation, transport, tour packages and safari at Bannerghatta. Karnataka cannot be felt, it has to be lived. It’s majestically bestowed with everything from plains to mountains, valleys to rivers, high-rises to ancient temples, and artificial gardens to coffee plantations. And we take the responsibility of journeying you across India’s finest tourism destination’.

Ooty (Ootacamund, or Udagamandalam) is the district headquarters of the Nilgiris district of Tamil Nadu in south India. The Nilgiris district is mountainous, ranges between 900 and 2636 metres, and it is part of the Western Ghats. The district is nicknamed as Blue Mountains: the blue (neel) or the violet colour of the mountains is derived from Kurunji, Strobilanthes kunthiana, a rarest plant on earth. “In 1818, Mr. Whish and Kindersley, who were assistants to the Collector of Coimbatore, discovered the place Kotagiri near Rengaswamy peak. John Sullivan, the then Collector of Coimbatore was greatly interested in this part of the country.  He established his residence there and reported to the Board of Revenue on 31st July 1819,” informs the Nilgiris district administration, Government of Tamil Nadu, India. “The earliest reference to the political history of the Nilgiris, according to W.Francis relates to the Ganga Dynasty of  Mysore.”

The Nilgiris district forms part of the Western Ghats, which is famous for its unique ecological zone of shola-grasslands. Shola is a type of high-altitude stunted evergreen cloud forest found only in southern India, and is interspersed by undulating grassland. The grasslands occupy the high plateaux whilst the folds of the hills feature the ancient cloud forest, or sholas.