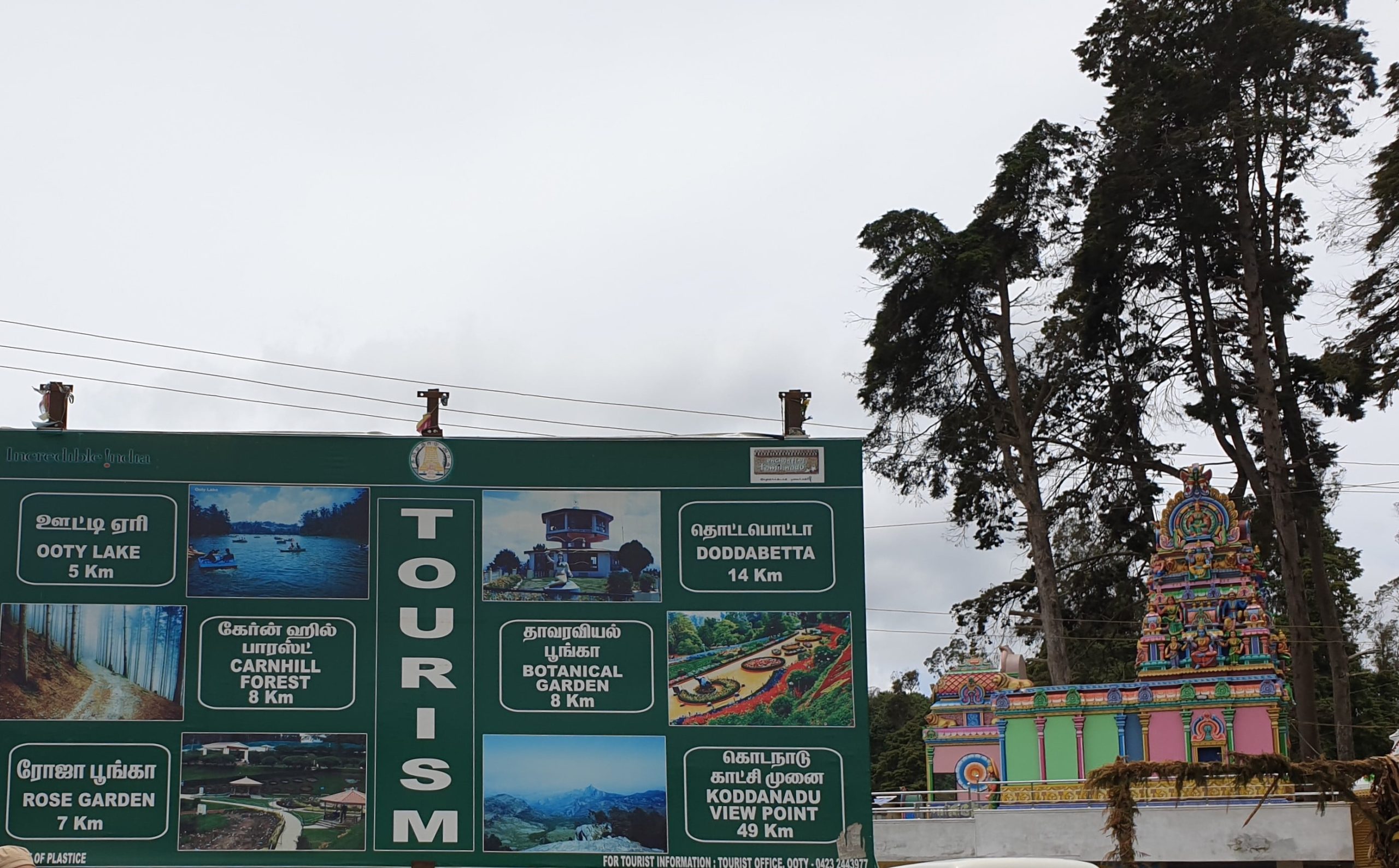 Kodanadu is described as ‘the galaxy of natural beauty’. It is located at about 19 km from Kotagiri in the eastern edge of the Nilgiri Hills and about 47 km from Ooty in the Nilgiris district of Tamil Nadu in southern India. Kodanadu (Kodanad) is a panchayat in the Nilgiris district, and it is popular for its Kodanadu View Point. One can discover scenic beauty, exotic flora and fauna, and a spectacular view of the Blue Mountains.

Kodanadu’s View Points offers a view of the majestic valleys, the panoramic views of nearby tea estates, River Moyar, Kotagiri, bird’s-eye view of the plains, parts of the Karnataka–Tamil Nadu border, the Bhavani Sagar (Bhavanisagar or Bhawani Sagar) Dam, the point where the Eastern and Western Ghats meet, and Thengimarahada (opposite to the Mysore plateau) in the Sathyamangalam forest.

Located at an altitude of about 1790 m above sea level, on a fine day one can see Rangaswamy Peak and the rocky pillar named Rangaswamy Pillar (almost 400 feet in height), feel the picturesque and winding road from Kotagiri, Toda Temples on the way, in shops run by local people one can find ethnic artefacts and fabrics with the traditional embroidery work and striking colours such as shawls, table linen, coverings, and stole (long scarf or shawl worn loosely over the shoulders, and a liturgical vestment).

From this place there are routes for trekking like the Moyar gorge (between the Nilgiris and Deccan Plateaus), and other places of interest are Catherine Falls and Dolphin’s Nose.

Kodanadu View Point is one the places to visit in and around Ooty in the Nilgiris district. Ooty is also known as Ootacamund, and Udagamandalam. It is the district headquarters of the Nilgiris district of Tamil Nadu in south India. The Nilgiris district is mountainous, ranges between 900 and 2636 metres, and it is part of the Western Ghats. The district is nicknamed as Blue Mountains: the blue (neel) or the violet colour of the mountains is derived from Kurunji, Strobilanthes kunthiana, a rarest plant on earth. Kurunji grows and flowers once in twelve years.

The district has environmental and ecological importance for its unique shola-grasslands (high-altitude stunted evergreen cloud forest interspersed by undulating grassland). The Nilgiris Mountains has been identified as a biodiversity hotspot for it also has a large number of species endemism. The Nilgiris distict is part of Nilgiris Biosphere Reserve which is a UNESCO-declared International Biosphere Reserve – a biosphere reserve is an ecosystem with unusual scientific interest and natural habitats of interest thus needs preservation and conservation – and a world heritage site.

The native tribes of the Nilgiris district are Kurumba, Irula, Paniya, Toda, Kota among others. The district came under the jurisdiction of British East India Company following the Treaty of Srirangapatinam (Seringapatam, Srirangapatna, also known as the Third Anglo-Mysore War) signed between Tipu Sultan the ruler of Kingdom of Mysore and Lord Cornwallis on behalf of the British East India Company and the representatives of Nizam of Hyderabad and the Maratha Empire).

Beware of another Kodanad: Kodanad is a riverside village in Ernakulam district in Kerala and located on the south bank of the River Periyar, about 42 kilometres from Koci (Cochin).