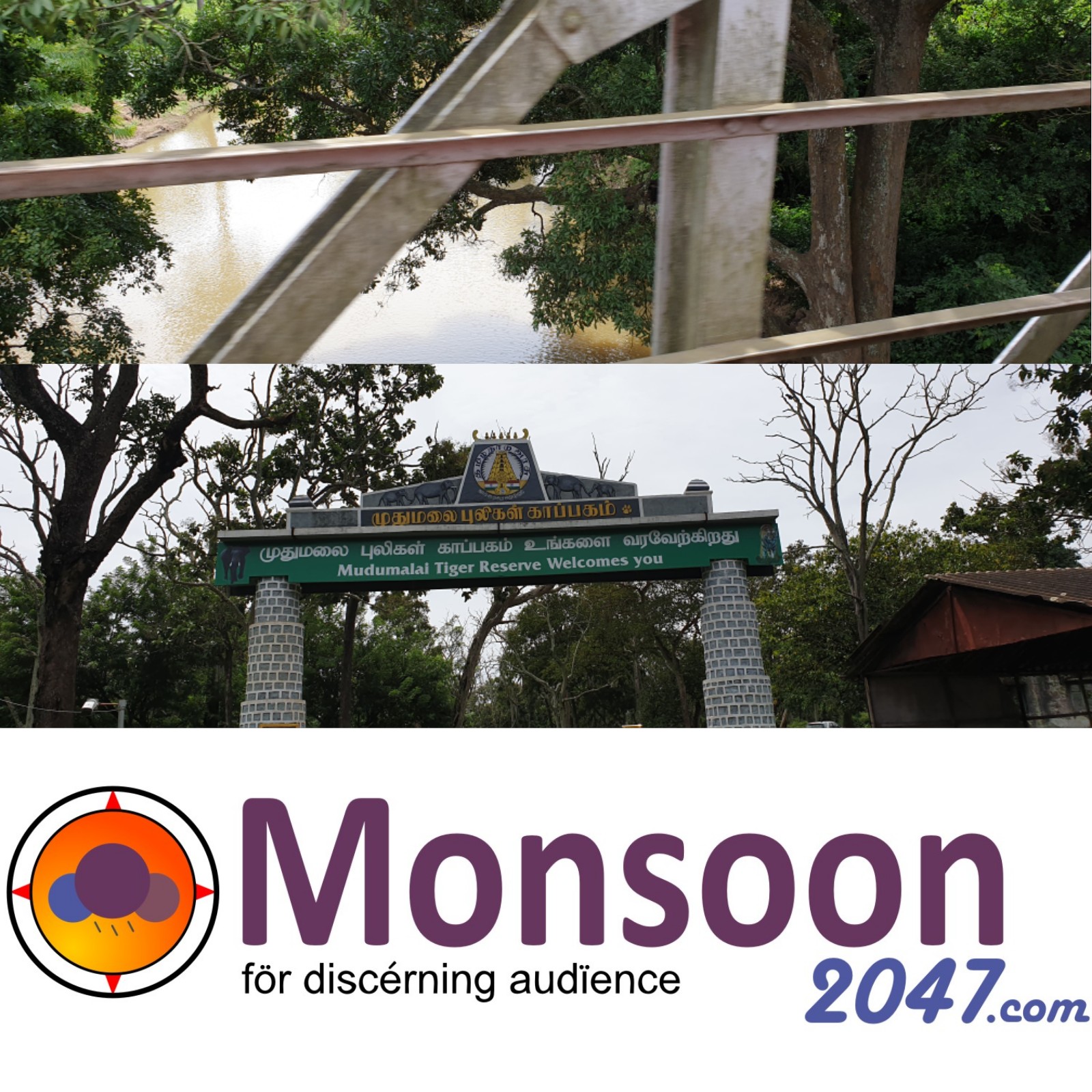 River Moyar (Mayar) is an east flowing river that originates in the Mudumalai, Bandipur, and Wayanad National Parks in the Western Ghats of peninsular India. It drains the Nilgiri Hills in Tamil Nadu and borders with Karnataka in southern India. River Moyar is the natural line of separation between Bandipur National Park and Tiger Reserve in Karnataka and Mudumalai Wildlife Sanctuary and Tiger Reserve in Tamil Nadu. The river is the major source for fauna in the forests: deer, elephants, and tigers are spotted.

River Moyar is one of the tributaries of River Bhavani, which is one of the major the tributaries of Kaveri (Cauvery) in Tamil Nadu. “The River Moyar originates in Nilakottai and Gudalur regions in Nilgiris, runs through the Mudumalai Tiger Reserve (MTR) and Thengumarahada in the foothill region and finally empties in the Bhavanisagar reservoir.  It is a tributary of river Bhavani” said S. Jayachandran, joint secretary of Tamil Nadu Green Movement when giving clarification on River Moyar when misinformation circulated on WhatsApp the social media network. He said the river flows down the slopes in the wooded zones along the Nilgiris border with Karnataka on the other side. It doesn’t enter the Karnataka side but re-enters Tamil Nadu

River Moyar, Moyar is interchangeably used with Mayar. Its gorge is 20 kilometres in depth, or 12 miles long and is known as Moyar River Gorge, or Moyar Canyon. The gorge is a dug out of the river. You can see the river flowing into the gorge below Theppakudi – the waterfall is eponymously named Mayar Falls.

River Moyar’s flow is checked on the plains closer to Satyamangalam and the dam is called Bhavanisagar Dam along with the River Bhavani.

You can see the River Moyar in the national parks of Bandipur and Mudumalai. In the dry season, the river’s colour is muddy.

River Moyar is also the source for Moyar Power House, which is a hydroelectric power station and it is located at the bottom of the Moyar Gorge. One can reach by a winch system from the plateau above. It is managed by Tamil Nadu State Electricity Board. It is at a distance of 36 km from Gudalur, one of the taluqs of the Nilgiris district and 48 km from capital, the headquarters of the Nilgiris distric

Arulagam, a non-profit organization working towards the conservation of fauna and flora in Tamil Nadu, mentions on its website www.arulagam.org: “River Moyar originates in the Nilgiris of the Western Ghats, flowing West to East along the Tamilnadu and Karnataka State border. Originating near the hill town of Gudalur (11°51’43.30”N; 76°53’53.30”E) in Nilgiris, the river courses down through the Moyar gorge; meanders through dry forest plains before draining in to the Bhavanisagar reservoir (11°29’N; 77°03’E). It is one of the largest rivers in the Nilgiris with a total length of about 85- 90 km. The three major tributaries of River Moyar are Kedrahalla, Sigur River and Kahanhalla while Sandynallah, Naduvattam, Melkodmund and Lone Valley streams are the minor tributaries.

“River Moyar has the distinction of running its course through the forests of the Western Ghats, on a rainfall gradient of about 5000 mm at the Nilgiris to Bhavanisagar where the annual rainfall is just 500-600 mm. This steep descent renders the region a unique character; supporting not just a diversity of habitats and species but also interesting human settlements and traditions.”