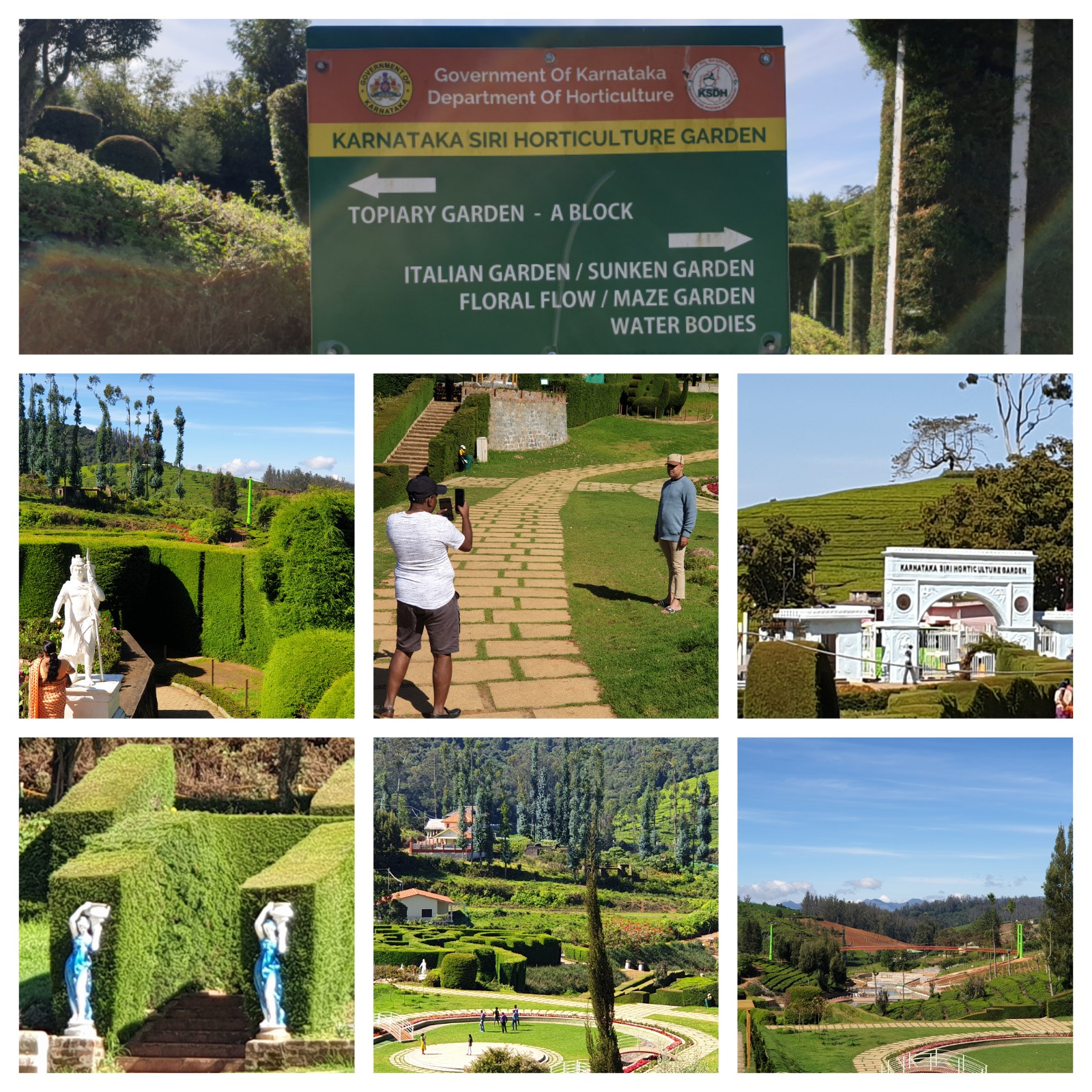 One of the newest gardens worthwhile to visit in Ooty is Karnataka Siri Horticulture Garden (KSHG). It is developed next to Hotel Maurya Sudarshan on Fern Hill in Ooty by the Department of Horticulture, Government of Karnataka, India.

It is the second largest public garden in the Nilgiris district, over 38 acres, and a tourist attraction; and an example for inter-state co-operation through tourism between Karnataka and Tamil Nadu.

The land of KSHG was once under the ownership of Maharajas of Mysore but gave it to Karnataka Government in 1964.

William Graham McIvor (1824-1876) was a Scottish gardener and superintendent of the Neilgherry Cinchona plantations during the British colonial rule. He was credited for introducing cinchona plants in the Nilgiris district, and for developing Botanical Garden in Ooty.

B.K. Krishnamurthy is a landscape expert in horticulture technology and the horticulture officer, Department of Horticulture, Government of Karnataka. Balachandran B, reports in Deccan Chronicle’s (2018): “B.K. Krishnamurthy, the horticulture expert from Karnataka who laid the Karnataka garden emulates Graham McIvor from England who laid the famed Government Botanical Garden (GBG) in Ooty 160 years ago. While Mc Ivor, an expert in garden making, travelled all the way from London in the mid-1800s to Ooty to lay the GBG, his first task was to landscape the area which was a vegetable and potato field.”

Media India Group’s mediaindia.eu mentions: “The KSHG, under development for at least 10 years, boasts of a 10-acre topiary garden, a frigid glass housing low temperature climate plants and an Italian garden. … ‘We will run eco-cars around the garden as there are more slopes than steps. This will enable tourists to explore the garden tirelessly,’ B K Krishnamurthy, assistant horticulture officer, told the media.” KSHG plans to hold a winter flower show.

Ooty (Ootacamund, or Udagamandalam) is the district headquarters of the Nilgiris district of Tamil Nadu in south India. The Nilgiris district is mountainous, ranges between 900 and 2636 metres, and it is part of the Western Ghats. The district is nicknamed as Blue Mountains: the blue (neel) or the violet colour of the mountains is derived from Kurunji, Strobilanthes kunthiana, a rarest plant on earth. “In 1818, Mr. Whish and Kindersley, who were assistants to the Collector of Coimbatore, discovered the place Kotagiri near Rengaswamy peak. John Sullivan, the then Collector of Coimbatore was greatly interested in this part of the country.  He established his residence there and reported to the Board of Revenue on 31st July 1819,” informs the Nilgiris district administration, Government of Tamil Nadu, India. “The earliest reference to the political history of the Nilgiris, according to W.Francis relates to the Ganga Dynasty of  Mysore.”