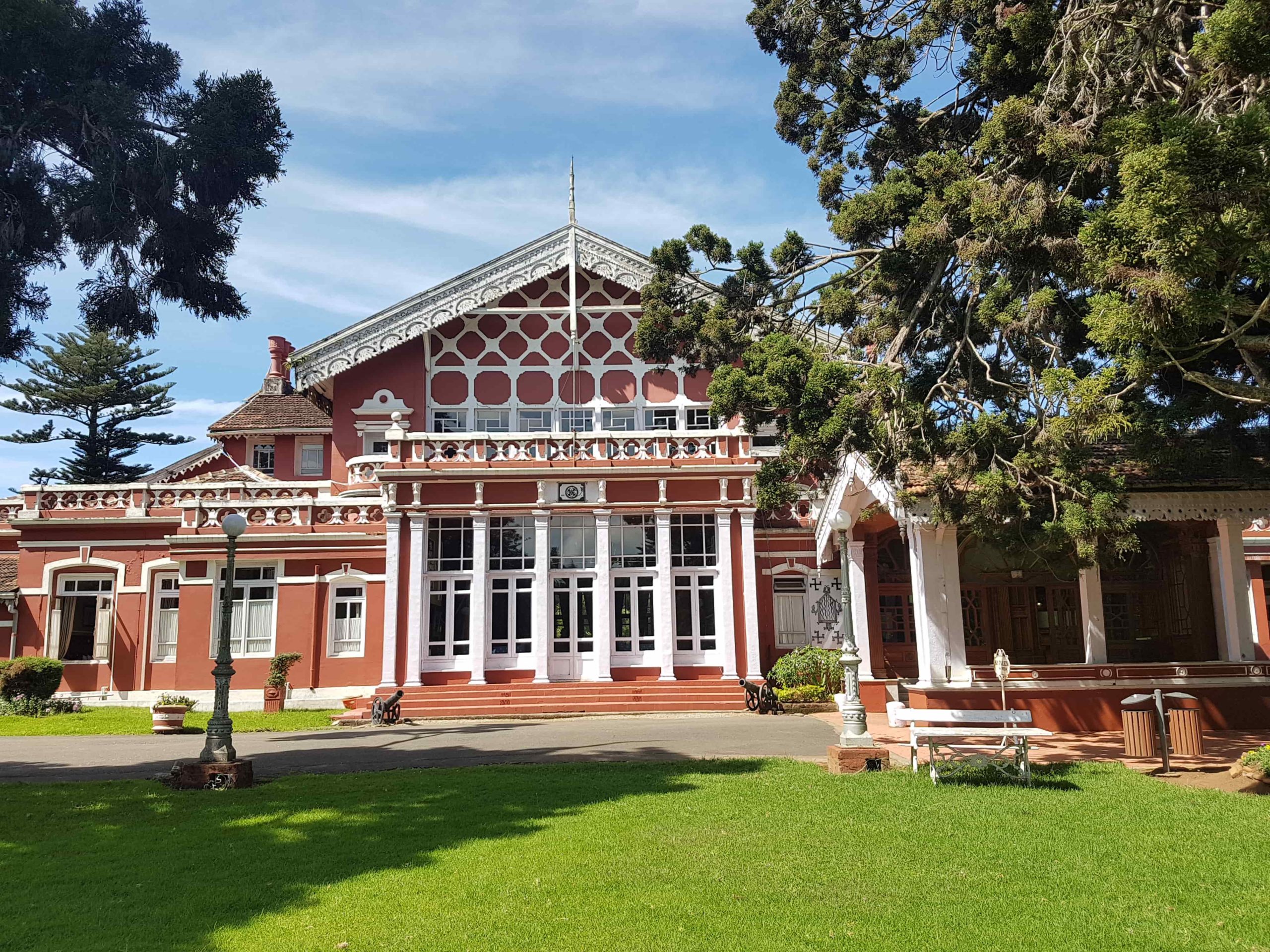 Ooty the hill station town continues to be as one of the best destinations in India to spend time in summer. The town has hotels and guest houses to stay depending on one’s budget for backpackers, holidaymakers, honeymooner, film crews, luxury travellers, families sending their children to boarding schools and privacy seekers. If one is looking for a luxury stay like a maharaja and maharani there is Fernhills Palace (Fern Hills Palace).

Fernhills Palace was the summer residence of the Maharaja of Mysore the erstwhile capital of Karnataka state in southern India. It is still owned by the heirs of maharaja but serves the needs of high-end travellers in the 21st century or those who want to have some best days in their lives by spending in a palace.

Ooty receives highest number of tourists in April and May, and travellers usually avoid to go in the rainy season: June, July, August. Wilfred Jenkin, one of the 60 staff members of the palace, said the palace continues to be the best destinations in Ooty especially for weddings and film shootings. He said Sadak 2 was filmed on the location and Alia Bhatt stayed in the palace. He informed the palace provides horse-riding experiences upon request and serves multicuisine (Indian, Chinese and continental) along with Anglo-Indian cuisine.  Chef is ex Shangri La guy and cooks amazing food. Must visit place for royal treatment here.”

Wilfred Jenkin informed that the palace is spread over 43 acres that with firs and cedars, manicured gardens and green lawns, terraced tea gardens and cardamom plants in wild valleys of Nilgiri Hills. The palace has lot of wooden materials (Burmese teak) such as features a magnificent ballroom with a highly valued ornamental papier-mâché ceiling,  bargeboards, cast iron in varied ornamentation.

Resembling like a Swiss Chalet and with alpine look, the Fernhills Palace in Ooty was built in 1844 was a private residence by Captain F. Cotton and at that time the town was part of Tamil Nadu. According to the property maintainers, “It changed several hands as the time went by till mid-1860s, when it was temporarily named Moonesami and served as one of the Ooty’s earliest club hotels. Radiating a history laden with romance and chivalry, an epoch that began at the height of the British Raj, a legacy that is vibrant and alive today. Even more fascinating is the story of a twelve-year old Prince who had bought the then 40 acres of Ferrnhills property for Rs. 10,000. The year was 1873 and Ferrnhills had found a new royal owner. His Highness Chamarajendra Wadiyar X, the first Indian Royal to buy an English holding in Ooty. Since then Ferrnhills Royale Palace has been with the Wadiyar dynasty and today it is successfully run in the able hands of Her Highness Promoda Devi.”

The palace is now known as WelcomHeritage Ferrnhills Royale Palace. It has 19 regal suites with ‘bedrooms, sitting rooms, dressing rooms, spacious baths with Jaccuzi and a splendid multi cuisine dining area’. The palace has two boardrooms with a capacity for 100 to 120 guests. The price of suite starts from Rs 9,500 to Rs 30,000 for a maharaja suite.