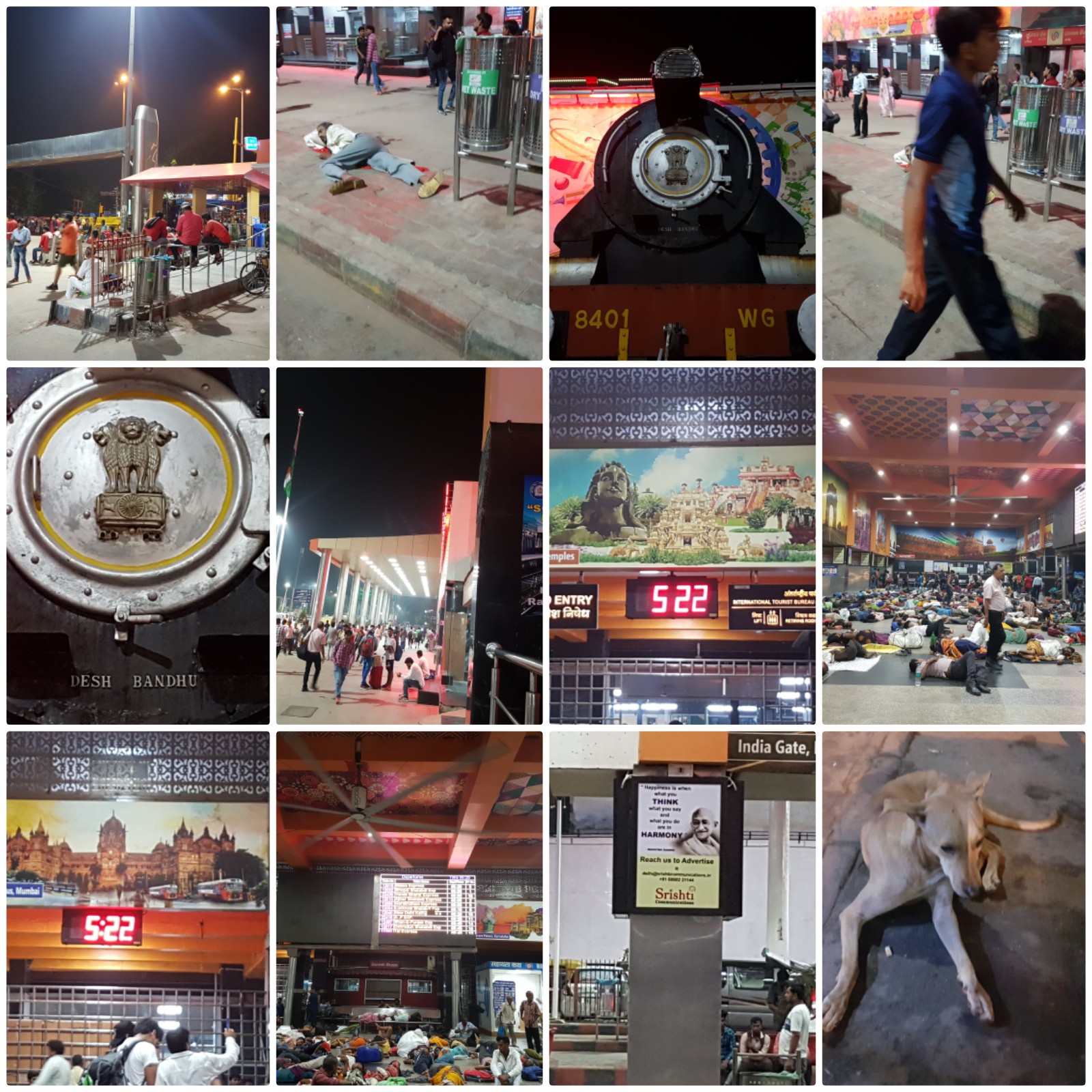 New Delhi, the capital of British colonial India and independent India since 1947, is a bustling city. The railway station in the capital is awake 24 hours a day with thousands and thousands of rail passengers coming into the city and going away from the city. The station and its vicinities buzz with activities without respite. One can hear a muezzin’s call at the crack of dawn and peals of temple bells that are in the area.

According to the railway authorities, the railway station in New Delhi came into existence in stages. ‘In 1911, Delhi became the new capital of British India and as the Lutyen’s Delhi developed at a fast pace, the need for a railway station to serve the new city was felt. Towards the end of the First World War the government set up a ‘Delhi Lines Committee’ to suggest a suitable site for the proposed station. The East India Railway Company responded to the government’s proposal for a fresh investment in making a new station but its response was cautious.

‘In 1918, the company wrote to their agent that they do agree with the scheme but they recognise that the development of the new city would be gradual and it will be necessary to modify the scheme from time to time as experience is gained with regard to the requirements of traffic.

‘The development of New Delhi Railway Station was thus done in a phased manner, the first phase of the interchange station included a platform of size 800’x20’ which was constructed for the reception of the Viceroy, a dock platform for unloading motors, horses and carriages and the state entry road.

‘In 1926-27 the railway board sanctioned a new wayside station close to the Ajmeri Gate Road Over Bridge, which eventually led to the construction of a small station building facing the Paharjang. The old station building and the ceremonial platform can still be seen at the two ends of the platform number 1 of the station. In the 1940s, Delhi developed at a faster pace as a major railway hub with large volumes of traffic converging from 6 directions of the city. With insufficient scope of expansion of the Old Delhi railway Station, it became necessary that the facilities at the New Delhi Railway Station, it became necessary that facilitated New Delhi Railway Station to be expanded. Plans for further development were initiated by 1946-47.

‘(In) Post-independent, the first railway station building project was taken up with the New Delhi Railway Station. In 1951, it was decided to construct a modern station building, the planning for which was carefully done to locate the new building between the old station building and the platform. The initial estimate was Rs 50 lakhs which was later revised to Rs 20 lakhs. The project was symbolic of a resurgent India’s prowess to plan and construct a major public utility building. On 11 February 1954, the foundation stone of the building was laid and the station was inaugurated by Dr Rajagopalachari the then President of Indian on 16 April 1956. The President opened the station by pulling a silver signal lever and presidential train steamed on (to) the new platform. Unlike pre-independent India’s railway stations which were built like palaces or fortresses, this station was built using modern architectural design and façade. The emphasis was more on accessibility and passengers’ convenience rather than beauty or grandeur. In the next two decades, the station was upgraded to the tune of Rs 7 crores in 1977-78 to cater to a quarter million passengers a day by 1981. Additional platforms were added in 1977-78 and to ease the congestion, a second entry from Ajmeri Gate side was added. This feature makes this station one among those stations that have two formal entry points. In 1998-99, two more platforms were added and improvements were made to the circulatory area on Ajmeri Gate side.

‘In 2008, 4 additional platforms were added to the take the total 16. In 2009, the entire façade of Ajmeri Gate side was changed. The station holds the record for the largest route relay signal system.

‘Today, New Delhi Railway Station is one of the biggest stations on the India Railways handling more than half a million passengers and about 300 trains every day.’

A panwallah who has a roadside shop says he and his uncle opens the shop every day and it is opened 24 hours a day. He works on a 12-hour shift and the rest is covered by his uncle for there are people coming and going throughout the day.