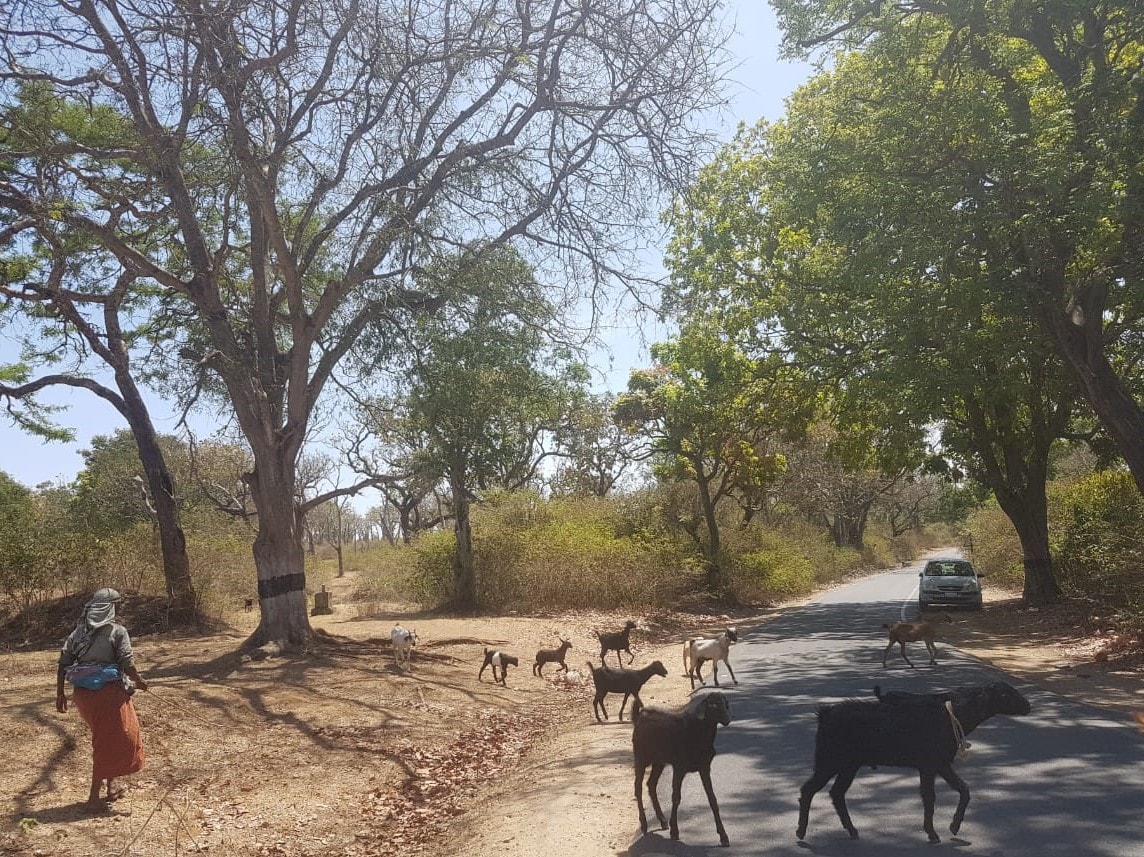 Mudumalai National Park and Wildlife Sanctuary is located in the Nilgiris Biosphere Reserve, Western Ghats, southern India. It is one of the tiger reserves in India and lies on the north-western side of Nilgiris Hills, in the Nilgiris district of Tamil Nadu, India.

The national park and wildlife sanctuary shares borders with the states of Karnatka and Kerala. The sanctuary is divided into five ranges – Masinagudi, Thepakadu, Mudumalai, Kargudi and Nellakota.

The bamboo found in the forests are eaten by elephants and gaurs. The cultivated parts on the outliers of this park, the crops grown are cinnamon, ginger, turmeric, wild rice, solanum, guava, mango and pepper. The reserve is marked by elephant grass – a variety of tall grass.

There is a high diversity of animal life in the sanctuary with about 50 species of fishes, 21 species of amphibians, 34 species of reptiles, 227 species of birds and 55 species of mammals. Mammal diversity is higher in the dry deciduous and dry thorn forests than in the other habitats. Thirteen percent of all mammal species in India are present in Mudumalai wildlife sanctuary.

It has 266 species of birds including critically endangered white-rumped vulture and long-billed vulture. There are about 50 tigers which roam in this reserve.

One of the threats to the national park is from lantana the invasive species. Lantana hinders the natural vegetation. Construction is also threat to the area, and there is a proposal to set up India-based Neutrino Observatory at Singara, Masinagudi.

The Government of Tamil Nadu informs: “Mudumalai Tiger Reserve is located in the Nilgiris District of Tamil Nadu state spread over 321 sq.km. at the tri-junction of three states, viz, Karnataka, Kerala and Tamil Nadu and it plays an unique role by forming part of the Nilgiris Biosphere Reserve, the first Biosphere Reserve in India, declared during 1986. It has a common boundary with Wyanad Wildlife Sanctuary (Kerala) on the West, Bandipur Tiger Reserve (Karnataka) on the North, and the Nilgiris North Division on the South and East and Gudalur Forest Division on the South West, together forming a large conservation landscape for flagship species such as Tiger and Asian Elephant. Reception Centre is located at Theppakadu. The name Mudumalai means ” the ancient hill range”. Indeed, it is as old as 65 million years when Western Ghats were formed.”

Mudumalai National Park and Wildlife Sanctuary is about 240 km from Bangalore, about 90 km from Mysore, about 68 km from Udhagamandalam (Ooty) and about 124 km from Calicut by road.

The nearest railway stations to Mudumalai are in Mysore, and the nearest airports are Coimbatore (160 km), Bangalore (240 km) and Calicut (124 km).

The nearest town for medical facility, petrol bunks and with telephone networks is Gudalur (15 Km) and Masinagudi (7 Km). The nearest township of Karnataka is Gundalpet, about 32 Km from Mudumalai Tiger Reserve.

The vehicular traffic is closed between 10 pm to 6 am between Thailaikundah to Kakkanallah via Kalhatti on NH 67 by the Nilgiris district administration. The restriction is avoid accidents and disturbance to the wildlife. Similarly, the Karnataka government restricts the night vehicular traffic on Gundalpet to Ooty road passing through Bandipur Tiger Reserve (NH 212) from 9.00 pm to 6.00 am.

Mudumalai wildlife sanctuary stretches over 321 sq km with an elevation between 800-1000 m. The principal vegetation is dry deciduous scrub.