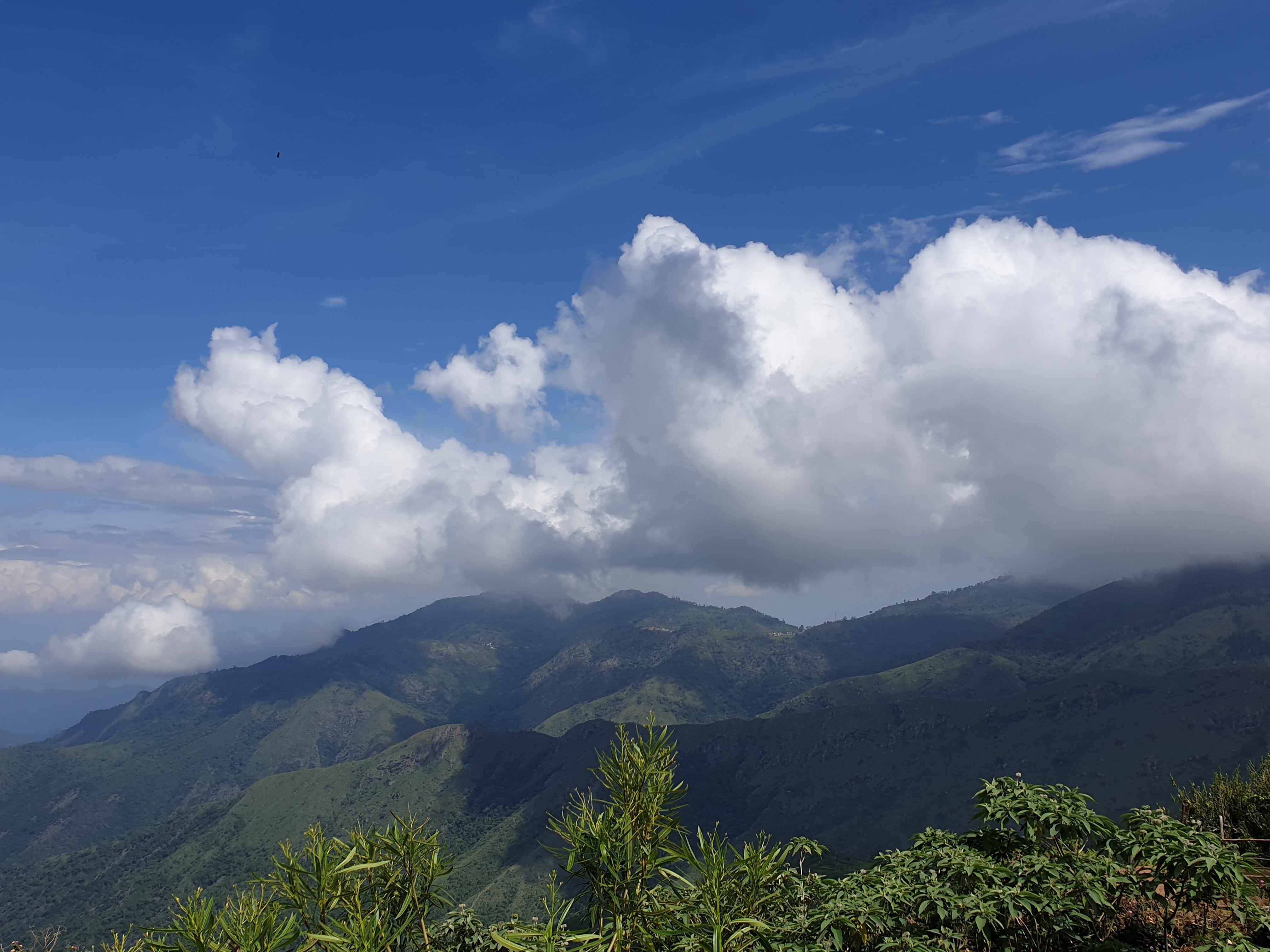 Kinnakorai is a village in the middle of the western edge of Tamil Nadu bordering to the state of Kerala in southern India. The beauty of Kinnakorai is its remoteness. The road journey to the spot is scenic and one has to go through the Western Ghats. The village is surrounded with tea plantations, forests and hills.

“Kinnakorai is an undiscovered hidden paradise just an hour drive from Ooty towards the border of Kerala at 7,530 ft height. The place really makes you stay above the clouds and get lost in the pristine nature amidst the tea estates …  while watching the wild animals like Indian Gaur, Spotted Deers, Sambar, Honey Bajer Malabar Giant squirrel and colourful butterflies,” Dev Balaji reflects. Dev Balaji is an adventure trainer, and runs a company named ‘Nature Admire Adventure Company, India’ based out of Bengaluru the capital of Karnataka state.

Kinnakorai View Point is another spot to visit on the way to Kinnakorai which is closer to another habitation named Kundah. The viewpoint is about 2 km from Manjoor’s main road. To get to the viewpoint, one has to go through a tea estate. The trekking is neither too steep nor too hard to cover but scalable. The view point is a single storey building atop and the view from the building is stunning and spectacular. You will not be surprised to spot an elephant or a leopard.

Kinnakorai falls under Kundah taluq of the Nilgiris district and the village has about 500 houses. It is part of the Nilgiris parliamentary constituency currently represented by D. Raja from DMK. Kinnakorai is about 60 km from Ooty town, the headquarters of Nilgiris district, and 135 km Coimbatore which has an airport, and about 60 km Mulli, and the closest town is Manjoor which is about 30 km. The village is surrounded with tea plantations (coffee plantations were replaced) and there are fields of vegetables.

Lovedale is another landmark, and a railway station which one comes across on the way from Ooty. From Lovedale, Kinnakorai is about 45 km.

The inhabitations of Kinnakorai are mostly Badagas, the language spoken is also Badaga. Badaga is a language without script. The dominant religions are Hinduism and Christianity. The main deities of Badagas are ‘Iyya’ and ‘Hetty’. One can also spot bisons in and around the village. Bisons or kaatu erumai usually live in large numbers around Western Ghats of Nilgiris but they are under threat due to deforestation. In fact, European bisons and American bisons are also under the threat of extinction for many reasons and one of them is they are the usual prey for wolves and bears. An imaginative Simona Boieriu has made bisons as part of eco-tourism, on the slopes of Tarcus mountains in Europe.

Kinnakorai is also figuring on Air BNB in India. Badaga.co shares information about Badagas and about the local milieu. A Badaga wrote, “…To add to my curiosity, part of the lands – holas and thottas [agricultural fields and tea estates]- of these villages fall under the jurisdiction of Kerala. That too in the forest areas of the stunning silent valley region. I wondered, could it be also a point to prove the theory that Badagas are one of the original inhabitants of the Nilgiris massif as Kinnakorai and Hiriyaseegay are  far away from the Mysore plains from which it is generally assumed that Badaga migration started. Imagine, the sheer determination of our ancestors to choose such places to build their villages amidst thick forests that are cut off from the ‘world’ literally.”

In Kinnakorai one can visit Muniswarar temple, about 5km from the village. The faith in the deity of the temple is that after it was built and people have started to worship there, the accidents had disappeared. Before the road was laid, people used to journey on horses and cattle.

One blogger K. K. Raman wrote in 2011: “Nilgiris is Nature’s bounty and Kinnakorai is Paradise of it. It is a beautiful village of plenty of places to see. The bird’s eye view of green covered Palakkad District of Kerala is wonderful. The Government of Tamil Nadu has to put a view point and declare Kinnakorai as a tourist point. Taking a trekking to Coimbatore through Annaikatty is excellent one. Everybody (has) to enjoy the nature’s gift by visiting Kinnakorai.”

From the town centre of Ooty, there are buses run by Tamil Nadu State Transport Corporation (TNSTC) connecting Kinnakorai. It is the second last village on the southwest corner of the Nilgiri mountains with Ooty town in the Nilgiris District. The bus journey from Ooty to Kinnakorai: via Lovedale, Kaikatty,  Manjoor, Melkundah, and Thaisolai.