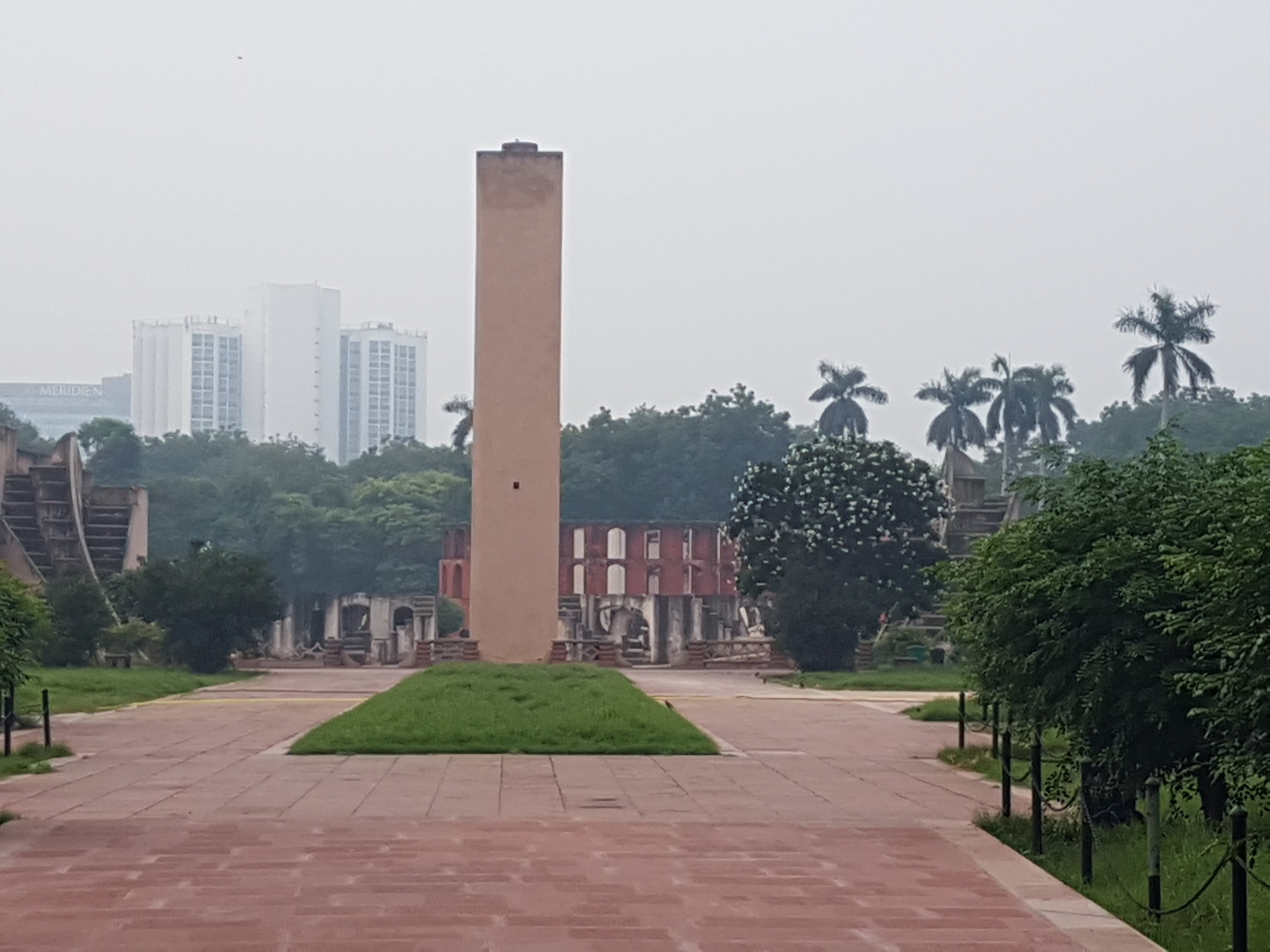 Delhi: A City of Cities

One of the landmark medieval astronomical structures of the world is located at Jantar Mantar in New Delhi, the national capital of india. Jantar Mantar is an equinoctial sundial with a giant triangular gnomon with the hypotenuse parallel to the Earth’s axis and with a quadrant of a circle on either side of the gnomon. Jantar Mantars were installed during the medieval India to measure the time of the day down to the precision of half of a second and to measure the declination of the sun and for observing and locating other heavenly bodies.

Jantar Mantar is a Hindi phrasal noun: jantar means an instrument (yantra) and mantar means calculation and also something that is not readily apparent.

Maharaja Sawai Jai Singh II was the founder of Jantar Mantars in South Asia. He established Jantar Mantars in Delhi and Jaipur. He was keenly interested in the science of astronomy. His reign was from 1699-1743. It was a volatile period of Indian history despite his substantial political and administrative concerns yet he built large observatories after studying al available information on different schools of astronomy.

The Jantar Mantar in Delhi is the oldest of a unique set of 18th century observatories constructed by Jai Singh II. Delhi was the capital of Mughal Empire during Jai Singh II’s reign. According to the Archaeological Survey of India, the Jantar Mantar was probably built in 1724 AD followed by other observatories in Jaipur, Ujjain, Mathura and Varanasi but most of them do not exist in the 21st century except for the one in Jaipur, and the one in New Delhi.

Largest masonry instruments such as those in the Jantar Mantars are unusual anywhere in the world. The Jantar Mantars represent one of the last links with the old school of astronomy and are important part of the cultural and scientific heritage of the world.

The Jantar Mantar in Delhi was the basic one for the revised set of astronomical tables prepared by Jai Singh in the name of Mughal emperor Muhammad Shah Rangila within the restrictions of observations which depended on the naked eye. Many of Jai Singh’s yantras gave fairly precise readings.

The four main yantras are Samrat, Jaiprakash, Ram and Misra which are housed in six structures. The Misra yantra is believed to have been constructed after Jai Singh by his son Maharaja Madho Singh (1761-1768). These instruments have been repaired and restored repeatedly but without large scale alteration.

The Government of India has also installed a plaque that gives information about Jantar Mantar in Braille script for the benefit of visually-challenged people. Adjacent to Jantar Mantar is a well-maintained park by the New Delhi Municipal Corporation (NDMC).