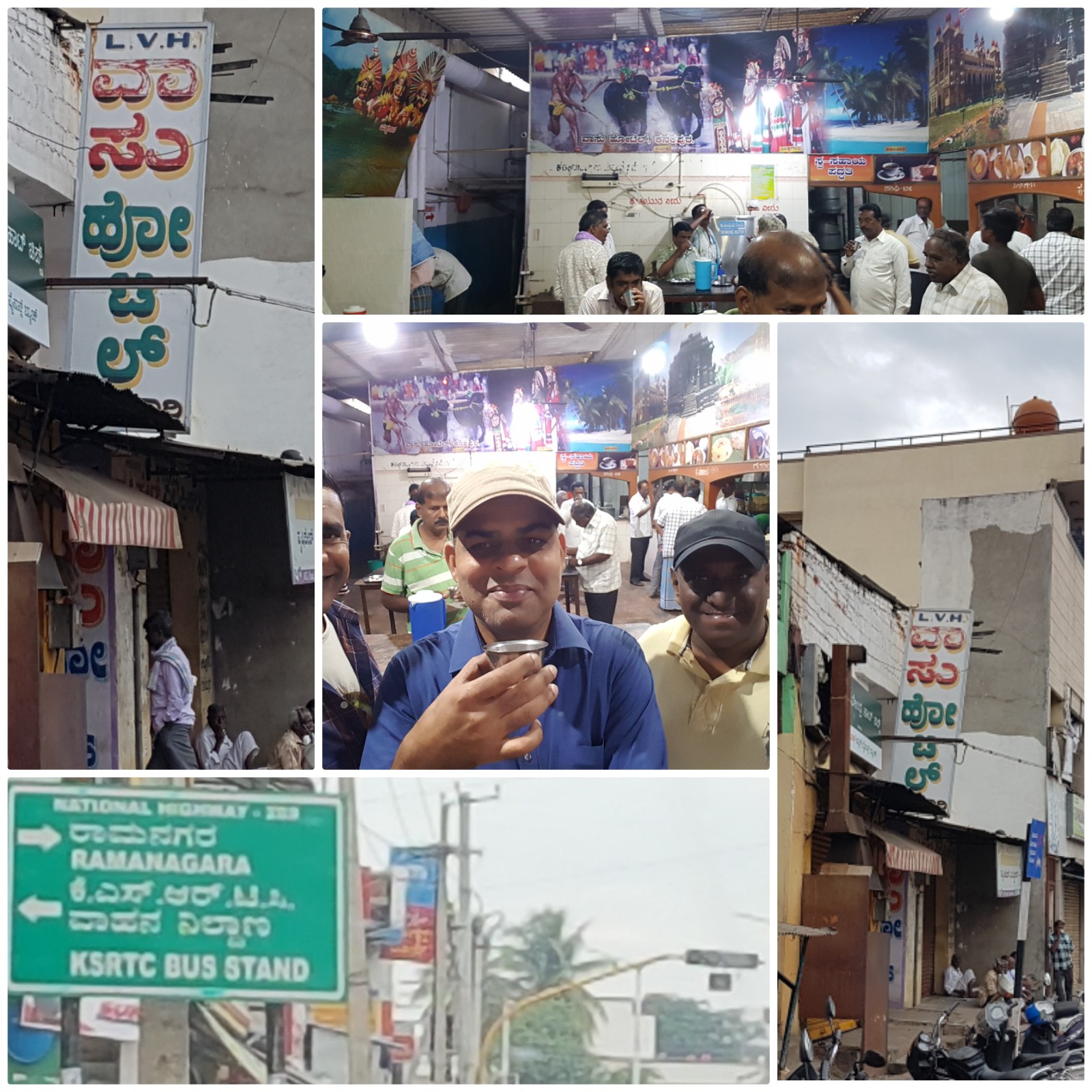 There are more than a million ways to make coffee. Many have their own ways of making a good coffee but some have really mastered the art of serving a coffee that the taste of a sip remains memorable.  And there are only few who can make the best filter coffee and one feels to have again and again or now and then. One among them is Vasu’s hotel in Kanakapura on the National Highway (NH) 209 that serves one of the best filter coffees in the world.

Kanakapura is a dusty town surrounded by lush hills and rocky cliffs. It lies on the outskirts of Bengaluru. It also comes under the district named Bengaluru Rural. Through the heart of this habitation, NH 209 cuts through it right at its centre. On the highway in the town, on either side of the roadway there are shops and kiosks, hotels and restaurants that predominantly cater to local people. But those who care to know about the town or wants to buy or shop something or stop by for a drink or food, there could be a pleasant surprise. One among them is Vasu’s hotel: from the crack of dawn, the hotel serves coffee and tiffins ranging from steaming idlis to crispy dosas. Most of the patrons of the hotel are local people but those who track with effort as to what is great and good, arty and aesthetic, Vasu’s hotel is one of them.

DP Satish is a Bangalore-based journalist and travels all over South India for spot reporting and for sourcing reports from the grassroots especially at the time of elections. He told www.monsoon2047.com that he discovered Vasu’s filter coffee during one of his on-assignment journeys. He said that he is interested in discovering such place. ‘This is how a filter coffee should be made,’ he emphasised. He cannot resist stopping at Vasu’s to have a tumbler of filter coffee whenever he passes through Kanakapura especially in the mornings.

On the outskirts of Kanakapura towards ooty in Tamil Nadu, there is also a pond and a sculpture of Lord Krishna and Arjuna in a chariot. The chariot is in almost in motion: Marching towards the centre of the battlefield where the Song of God ‘Bhagavad Gita’ is about to unspool…