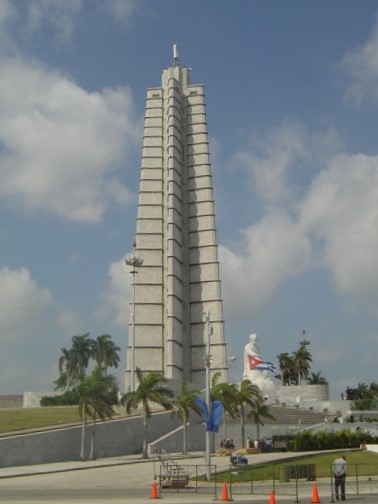 “Nations should live in an atmosphere of self-criticism because it is healthy, but always with one heart and one mind. Stoop to the unhappy, and lift them up in your arms!” –Jose Marti

Across the Cuban cities and towns, there will a bust or statue of Jose Marti or a street or plaza named after Jose Marti. Jose Marti is the father of the Cuban nation like Mahatma Gandhi to India. Jose Marti (1853-1895) was the foremost leader in the Cuban history of 19th century to fight against the Spanish colonial empire. He was also given credit for successfully forging alliances and developing the ideologies of a popular, antiracist, and anti-imperialist nationalism which continued to have significance in 20th century Cuba.

“A true man does not seek the path where advantage lies, but rather the path where duty lies, and this is the only practical man, whose dream of today will be the law of tomorrow, because he who has looked back on the essential course of history and has seen flaming and bleeding peoples seethe in the cauldron of ages knows that, without a single exception, the future lies on the side of duty.” –Jose Marti

Jose Marti was a multifaceted personality: he was a poet, journalist, essayist and freedom fighter of Cuba for political liberation from the Spanish Empire. He was also hailed as ‘the Apostle of the Cuban Revolution’. During his short life, he lived in the USA as an exile but returned to Cuba four years before Cuban independence from Spain in 1895, and died in the battle in defence of Cuban freedom. Fidel Castro and other Cuban revolutionaries, after the Spanish rule, attributed to Jose Marti as their inspiration. Jose Marti was born in Havana in 1853, and Havana pays tributes to him to this day at Plaza de la Revolution (Plaza de la Revolución or Revolution Square).

The famous song of Jose Marti was Guantanamera, and it was a patriotic song and a popular one. The song became more popular when it was recorded by Pete Seeger, and it was composed by Jose Fernandez Diaz. The song was one of the poems in a collection of poetry titled ‘Yo soy un hombre sincero’ – it is about Jose Marti’s identity, his ode to Cuba and about his origins (I come from everywhere, and I am gong everywhere). The poem is translated into English by Aviva Chomsky: “I am an honest man/From where the palm grows/And before I die I wish…”