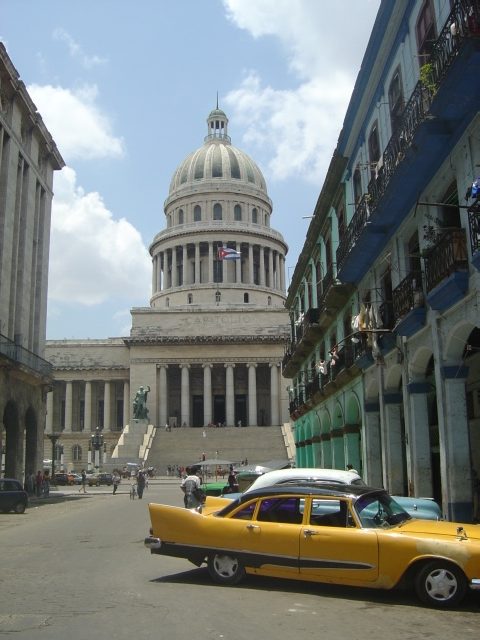 The Capitol Building in Havana was opened in 1929 and served as the house of legislature housing the Chamber of Deputies and the Senate. It was commissioned by the Cuban president Gerardo Machado and constructed under the direction of Eugenio Rayneri Piedra from 1926 to 1929 with the help of 5000 workers. However, after the Revolution in 1959 it served as a library and as an academy of science and again set to be the seat of a government body or again as the seat of National Assembly. During the Fidel Castro’s regime, the functionality of the building took various turns including opening it up for tourists to visit.

The Capitol Building in the USA is the home to the Congress and the seat of the legislative branch of the federal government. The building in the USA was completed in 1800 but continued to expand with additions like the dome and other chambers. The neoclassical structure with its white coat was named as Capitol at the insistence of Thomas Jefferson.

Capital and Capitol continue to exist two among the other confusing words in English language. The word capital has many meanings: the small head on top of a column, the uppermost member of a column or pilaster crowning the shaft and taking the weight of the entablature; of a letter written in upper case (A, B, C, …) unlike in the lower case (a, b, c, …). Capitol is derived from the Latin word Capitol which refers to the Temple of Jupiter Maximus on Capitoline Hill in Rome. Capitoline is one of the smallest seven hills in Rome, the capital of Italy and then the capital of the Roman Empire. Capitol refers to a government building or institution and capital refers to city that is the headquarters of a state or province within a country or State or for the country or the State itself. Capitol is a building in which a state legislative body meets periodically. Capitol refers to a group of buildings in which the functions of state government are carried out. The Capitol Building in the USA is where the US Congress meets.

The Capitol Building in Cuba’s Havana is called El Capitolio, or, the National Capitol Building, or, Capitolio Nacional de La Habana. It continues to attract the visitors for its architecture, for its nostalgia, and also for having La Giraldilla – the symbol of Cuba and the third largest indoor statue in the world.