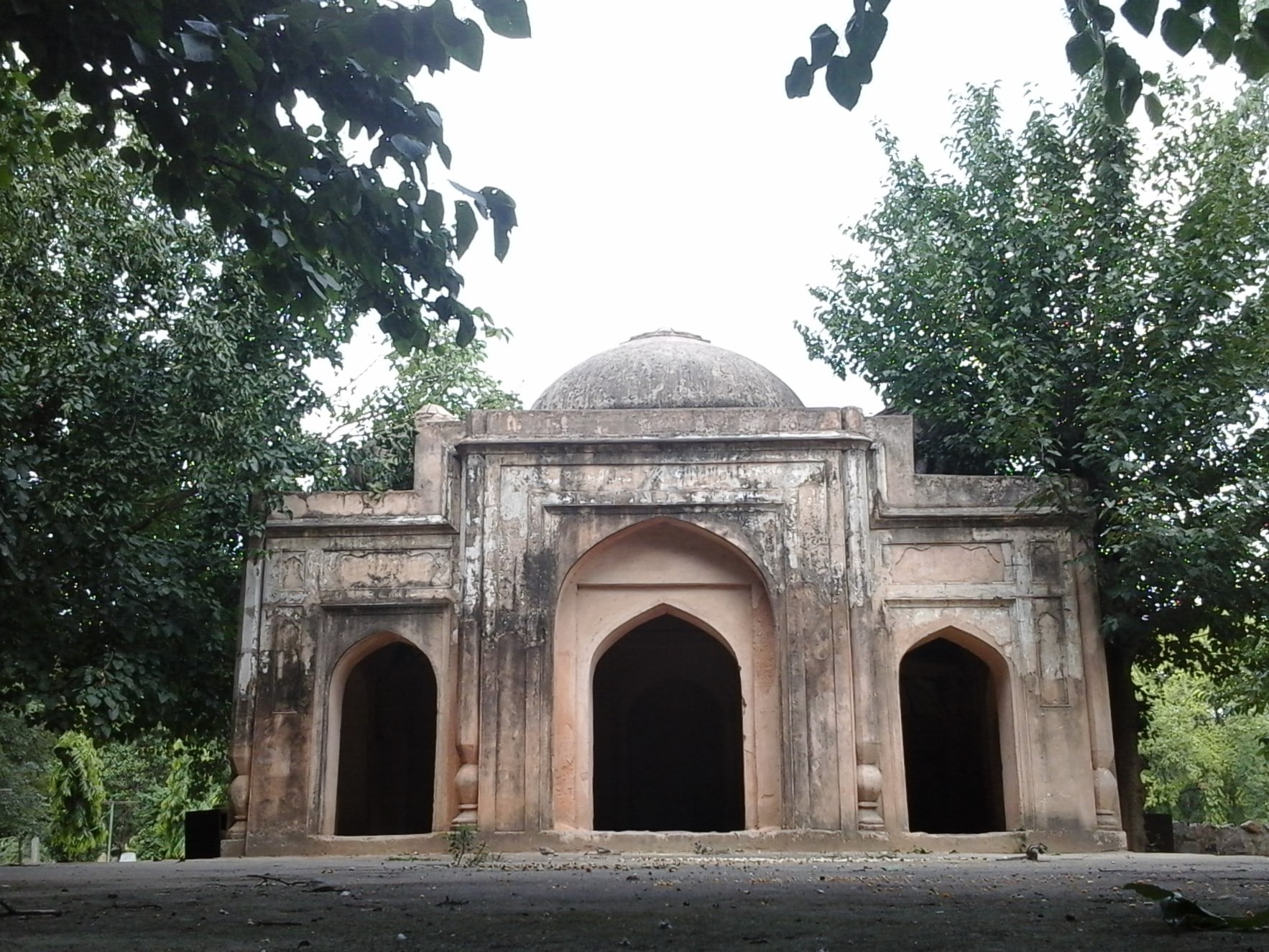 A Small Mosque but Unique

Delhi has many cities within the big city: many of them are forgotten but most of them have their imprints, still, into the 21st century.

In Lodi Gardens of New Delhi, there is a small mosque with a prominent gateway and in an enclosed garden. The interesting thing about this mosque is that though it is located in Lodi Gardens but it was built during the Mughal period.

According to the Archaeological Survey of India: “These monuments belong to Mughal period. The garden is enclosed with four walls and entered through a double-storied gateway which is in rectangular plan. There are beautiful paintings in floral pattern on the araish plaster. Other notable features of the gateway are the Bangaldar rood, Lakhori brick chhajja, fluted columns on all four corners, decorative arches relieved in rectangular panels. The mosque is single chambered with three bays. The west wall has three arched mihrabs. Interior of the mosque has remains of painted inscriptions on very fine plaster layer and remains of decorative ceiling with ribbed pattern. There is a courtyard on the eastern side of the mosque.” 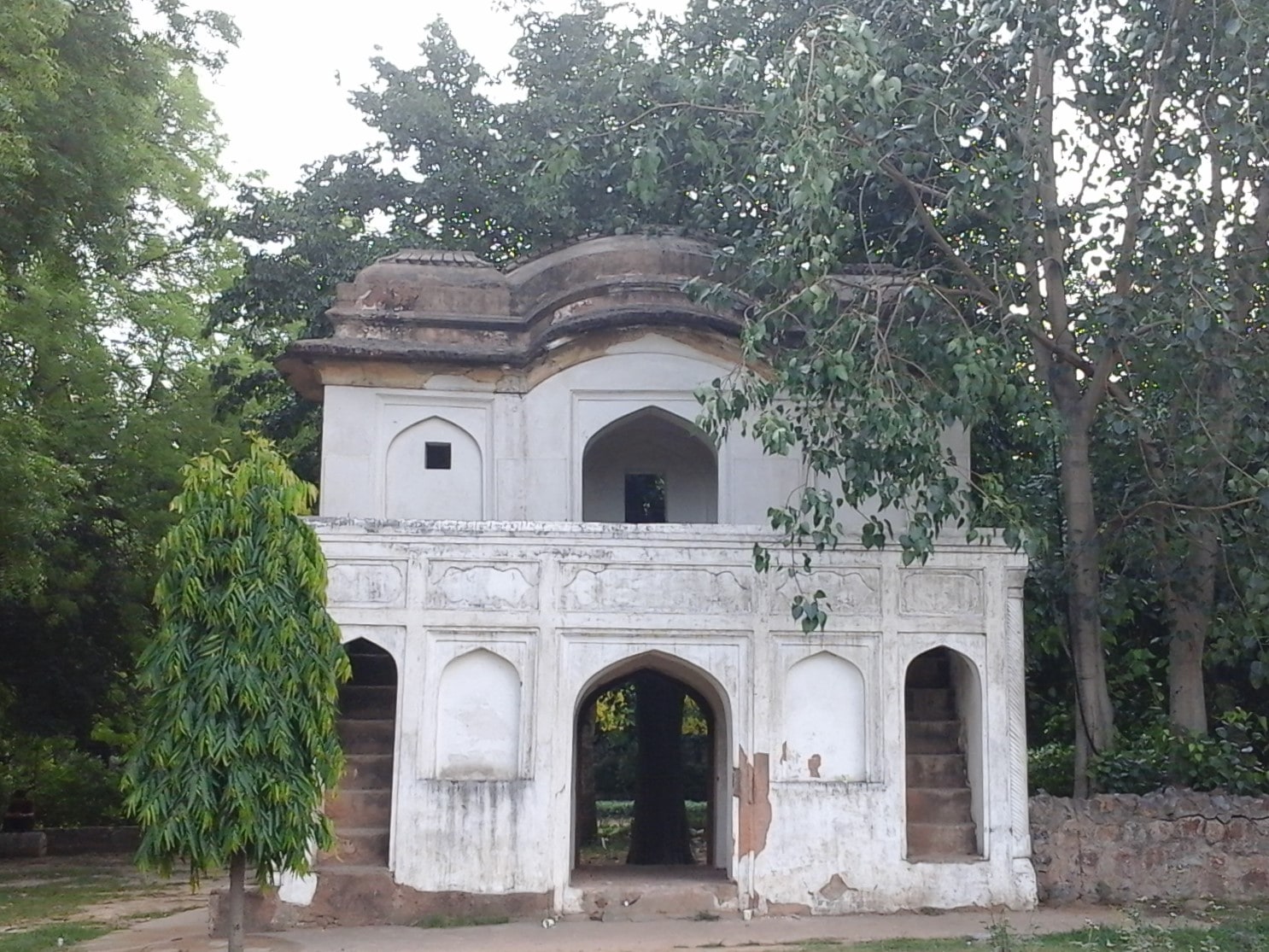 Plaster is an out layer of a structure (building or mosque, temple or apartment) or the outermost skin of a building. Plasters of different kinds help to protect a building from different external factors ranging from temperature to moisture.  One of the types of plasters of India is ‘araish plaster’ which demands skill (craftsmanship) – others are mud, mud and lime, herbal lime, thappi and raish plaster and chettinad. Araish plaster is native to the western Indian state of Rajasthan. Araish plaster uses lime as the binding agent and surkhi as the aggregating agent. 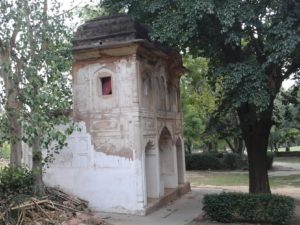 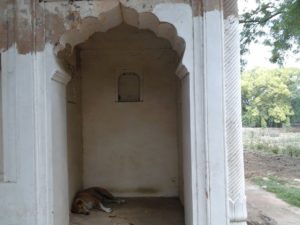 You may not be surprised to see a dog having a siesta in one of the recess of an arch.

You may find a bedding of a homeless person who may return for the night without being noticed by the watchman or watchwoman.

You may discover an eerie serenity on this premises for there will be no one. You may see many visitors but either they would walk past the mosque or they would be occupied in conversation with their fellow walker(s).