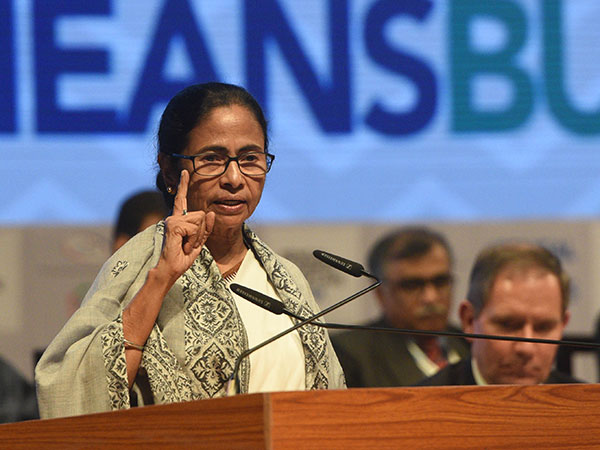 WHY BENGAL SHOULD NOT NEED MAMATA?

In recent time, no state election like West Bengal has garnered so much of interest nationwide. As Bengal witnesses high-decibel events, the entire nation is keenly watching it as a battle between Narendra Modi and Mamata Banerjee. Many have already gone far….may be Mamata’s victory would cobble together a rag tag opposition, spearheading an anti-Modi political forum nationally. Far-fetched though, that signifies the importance of a state election.

The poll 2021 is also immensely important for the 10 crore people of West Bengal–an intellectual powerhouse, but badly bruised by 45 years of terrible governance–first by Left parties and then Mamata’s Trinamool Congress (TMC). As the state goes for a neck and neck fight, I strongly vouch for a BJP government, ousting TMC from Nabanna, the official state secretariat. I am not seeking a change of guard because of any political biasness, but want to see this for the maximum benefits of West Bengal, my home state. Let me narrate why I am saying so.

(i) Lopsided model of development
What do we need from a chief minister when it comes to development of a state? First and foremost is a ‘vision’–vision for development for the next few decades to come. Clearly, Mamata lacks vision. Her ‘model’ (if any at all) of development is myopic and short-lived. Her development equates to hard selling of populism aiming at creating ‘vote-pockets’. Doling out of various social schemes is simply unsustainable as the state exchequer is in terrible mess. Plus, they are arbitrary and haphazard. While development model should have been based on fundamental changes in both social and economic infrastructure with a futuristic view, Mamata walked the other way. She does short-term politics with development, hence, Bengal’s future is in stake in her hand.

(ii) Institutionalization of corruption and anarchism

Even a kid knows how deep-rooted the corruption is in Bengal. Party leaders, irrespective of their status, behave like mafias. Many think it’s their birthright to be arrogant, ruthless to criticism and of course, corrupt. There is no dearth of stories of local, petty leaders making huge fortunes out of government schemes and contracts by breaking every rule of the book. Extortion by Trinamool goons has become a way of life. Corruption is so rampant that people now think them as ‘normal’. Many say that it all revolves around party stalwart and Mamata’s nephew Abhishek Banerjee. They are not completely wrong. The most disgusting is the stoic silence of the Chief Minister. Mamata is extremely tolerant to the massive corruption and to great extent is indulgent. She does not put anybody to jail for corruption, instead asks party cadres to return extortion money! This is another way of ‘legalising’ corruption. True, corruption and anarchism are legalised in Bengal with the Chief Minister ‘sees no evil’, and ‘hears no evil’!

Bengal has almost 30% of Muslim votes–in some pockets it’s even more than 70%. Since Muslims have a tendency to vote en masse, in electoral politics all parties use them as ‘milch cow’. Be it Congress or be it Left Front–for all, Muslims are merely a vote bank. But Mamata’s appeasement has reached a new high. It has been so blatant that her acts have antagonized even a large section of educated, enlightened Bengali Hindus. For the first time, Hindus in Bengal have started feeling a sense of ‘threat’ inside. I hold Mamata hugely responsible for this widening gap of Hindus and Muslims in Bengal. A state that boasts of its communal amity and enlightened views on secularism is now falling in the hands of BJP’s polarisation politics, thanks to Mamata’s dirty appeasement ploys. Her ‘out of the way’ appeasement politics has not benefitted Muslims, instead it has disturbed the social fabric of Bengal. She is to be blamed for the naked show of identity politics…..it has boomeranged, BJP is now riding on it.

For the last 45 years–35 of the Left and 10 of TMC–one of the main political weapons of the state ruling parties has been Delhi-bashing. For a large part of 45 years, Bengal has seen different governments at the centre and the state. While for 35 years the Left ruled the state, Congress and other political outfits remained at the centre, leading to unending tussle between the duo. Continuing the legacy, Mamata has taken the ‘fight’ with the centre, happened to be her political adversary BJP, at a new level. She gave thumbs down to many central projects depriving the people of Bengal their right dues, thanks to her dirty politics and fear of losing competitive edge. The continuous blame game and one-sided Delhi-bashing has only ensured Bengal lags behind in almost all national parameters.

Bengal cannot afford to continue with such pathetic governance. The people of Bengal must expect a change of guard, initiating a new era where the meaning of development and governance will be altered completely.