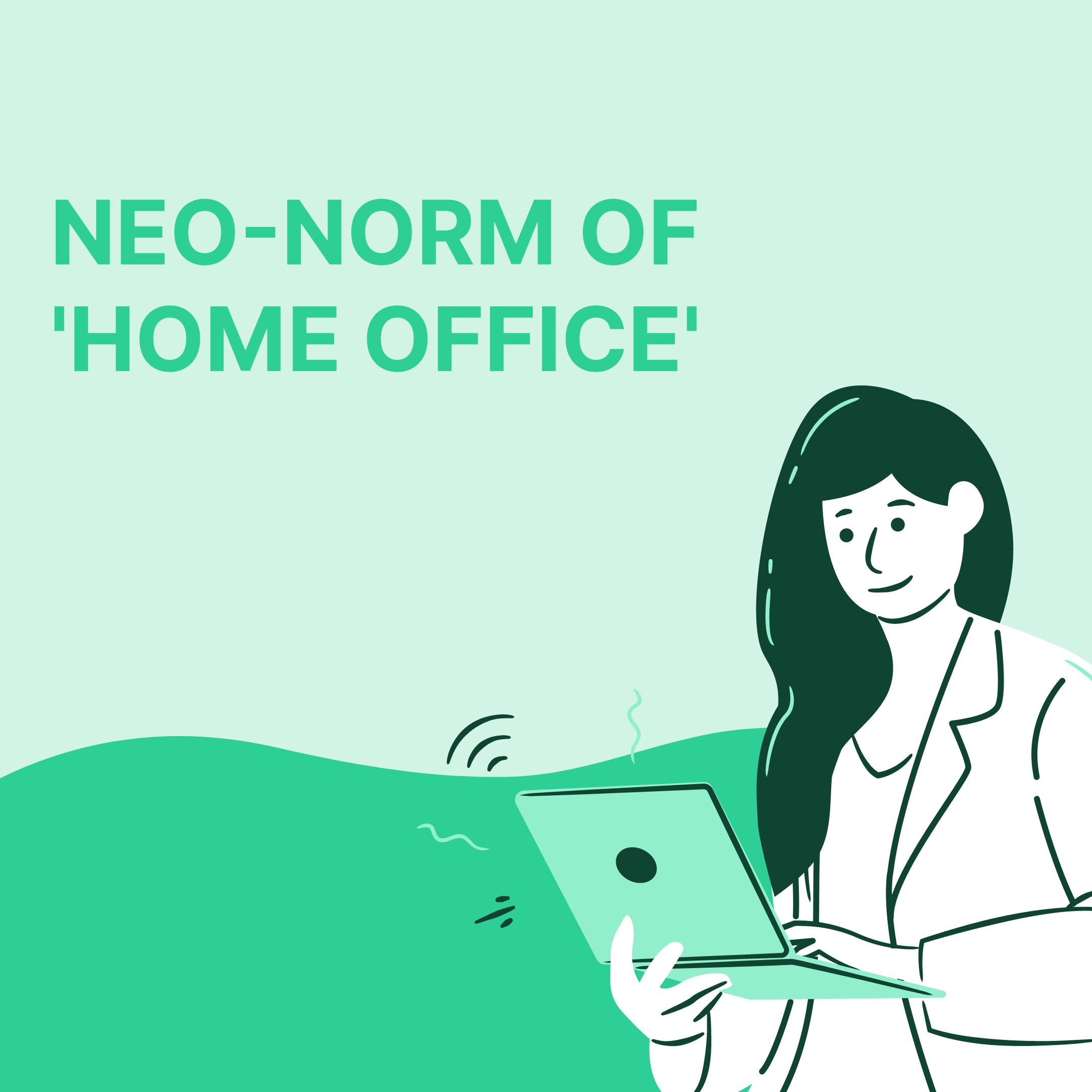 Pandemic of Covid-19 is altering our way of living and livelihood. New trends are knocking down old ones. Work from home (WFH) is one of them….being adopted by companies worldwide more and more. The WFH, a phenomenon initially perceived as temporary, is the neo-norm now. Companies have discovered that WFH is a viable option and can be in place permanently.  Employees too find the offer as win-win, accepting it unhesitatingly.  No wonder, the demand for a separate workspace inside one’s cosy home is increasing. Across cities in India, the trend of office work shifting into our homes. A ‘home office’ is in vogue.

As the emerging trend suggests, in most cities, more and more homebuyers are opting for 2.5-3 BHK configurations instead of smaller apartments. In India, first homebuyers generally begin their home ownership journey with small flats, popularly known as ‘starter homes’. They upgrade to bigger apartments when finances improve on the back of higher salaries on a later stage of career. However, Covid-19 has altered the trend to some extent as a home-cum-office needs more space. To afford a bigger apartment, many homebuyers even do not mind to shift to cheaper suburbs and even to smaller cities.

“The current buyers are largely working couples with children, most currently pursuing the WFH and e-learning options. In many cases, their budgets have not increased. They are willing to settle for peripheral locations to secure bigger homes and a better lifestyle at a more affordable price”, says Anarock Property Consultants.

Trend reveals cities like Bengaluru, Mumbai and its suburban areas are especially conforming to the new WFH reality –the need for more space. “For instance, over the last few months, enquiries for larger homes in Bengaluru have increased up to 40% with property seekers predominantly scouting for 3BHKs (avg. 1,800 sq. ft. built-up area) as against the previously-preferred 2 BHKs”, finds Anarock.

Likewise, property market watchers have witnessed an increase in enquiries for bigger spaces in Mumbai and suburban areas. In previous months, many buyers sought to upgrade from 1 BHK to 2 BHKs. In Noida and Ghaziabad, an increasing number of buyers are looking for 3 or 4 BHKs, as opposed to the previously-preferred 2 BHKs. Those with lower budgets look for 2 BHK + study (2.5) of around 1,200 sq. ft. of built-up area. In Gurgaon, demand for both 2 and 3 BHKs is as consistent as before.

The search for bigger houses has been aided and abetted by a conducive eco- system. While the promoters/developers are coming out with lucrative schemes to catch the new trend, the lowest-ever interest rate has acted as a great catalyst. The RBI has brought lending rates down to a two-decade low and thrown several other sweeteners into the mix. Many state governments have also chipped in. For example, in Maharashtra, stamp duty charges are cut during festive season.

On their part, developers have not only trimmed prices to their lowest best, but also responded to the current exigencies by offering several cost-saving incentives. Moreover, serious buyers can negotiate the final price like never before. Housing affordability has improved significantly in the time of uncertainty

The disruptive COVID-19 will come to an end—sooner or later. But some of the lessons we have learned will not be unlearned. For instance, ‘Work from Home’, and the need of a larger workstation in our home. The concept of WFH is finding many takers as it is not only time and money saving, but also boosts productivity. It may alter our workplace forever, fueling much higher demand of ‘bigger homes’ instead of the present ‘compact’ homes.