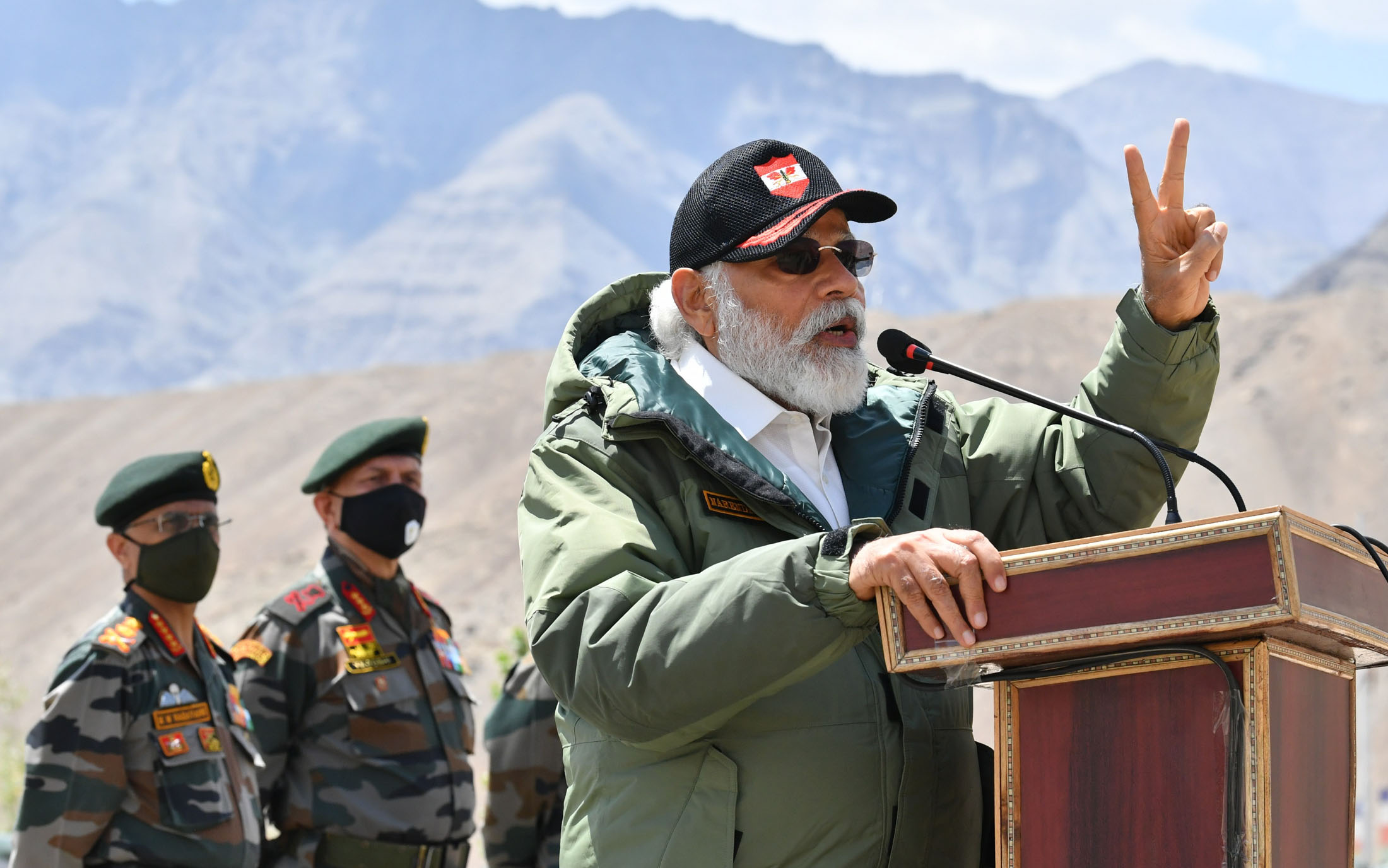 China is Narendra Modi’s litmus test. The bravado of ‘chappan inch chaati’ is at stake. Hence, countering China in an effective manner is not only a strategic need, but also a political necessity for Modi. The Prime Minister’s leadership acumen is put to severe scrutiny like never before.

Amid Covid19 when the human race is torn apart because of an unprecedented health crisis, the world is surprised to see the ugly dance of the dragon. In a crude manifestation of modern-day expansionism, comrades from China are out to pounce on countries to grab piece of land. It has chosen the undemarcated territory of Ladakh as a part of its strategic ploy to teach a lesson to India and also the world.

What China has been doing with India by deploying PLA troops in huge number in Ladakh, Arunachal Pradesh and Sikkim is called ‘coercive diplomacy’. In ‘coercive diplomacy’ a country does not want a war with the coerced country, but creates a ‘war-like’ situation to force others to fall in line. The objective of any ‘coercive diplomacy’ is to achieve specific strategic goals by putting pressure on the opponents. Keep up the pressure as long as the objective is not fulfilled. China is doing precisely this with India by opening up several pressure points—Pakistan, Nepal etc. along with the aggression in LAC and other parts of India.

The best way to counter such ‘coercive diplomacy’ is not to blink! Never blink. Never show your vulnerability. Never pose that you are fearful of the aggression. Reply with equal aggression and make sure the enemy does not achieve its strategic goals.

Modi has not blinked. In fact, his replies so far equates to ‘tit for tat’ which is a perfect reply to ‘coercive diplomacy’. This not only fulfills Modi’s strategic and political goals, but also addresses both domestic and global audiences adequately. The strategy here is three-pronged: Damage China economically as much as you can, put forward military strength even if it looks posturing, and most crucially, isolate China diplomatically.

In a fair analysis it can be safely said that Modi has so far blunted some of China’s strategic objectives, but obviously not all. Banning of Chinese apps, giving a clarion call for ‘Vocal for Local’, putting a great show along LAC and becoming a part of world community against China’s aggression has neutralized Chinese gameplan to some extent, but to be frank, Modi has to walk the way to sustain the momentum. And that is not going to be a cakewalk.

China is yet to go back to the pre-March situation along LAC in Ladakh. The presence of PLA and its infrastructure is still huge. Despite series of meetings and interactions of top military and diplomatic brass, China has shown little desire to go back to the ‘status quo’ situation. This only signifies that the dragon is not going to relent easily and it would bargain with India as far as it can for ‘concessions’ on diplomatic and possibly on economic fronts.

The battle of nerves is on. India has not blinked, but will it be able to force China to blink? Will it be able to sustain the same pressure on China as it has been doing all along? While Modi’s immediate objective would be to restore the status quo along LAC in Ladakh, the long-term goal should be to force China to get rid of its bullying tactics with India. India’s interest vis-à-vis China is best served when the communist regime looks at India with respect and designs its foreign policy on an even ground. Modi must utilize every bit of anti-China sentiment that has build up in India and across the world. Hit when the iron is hot!