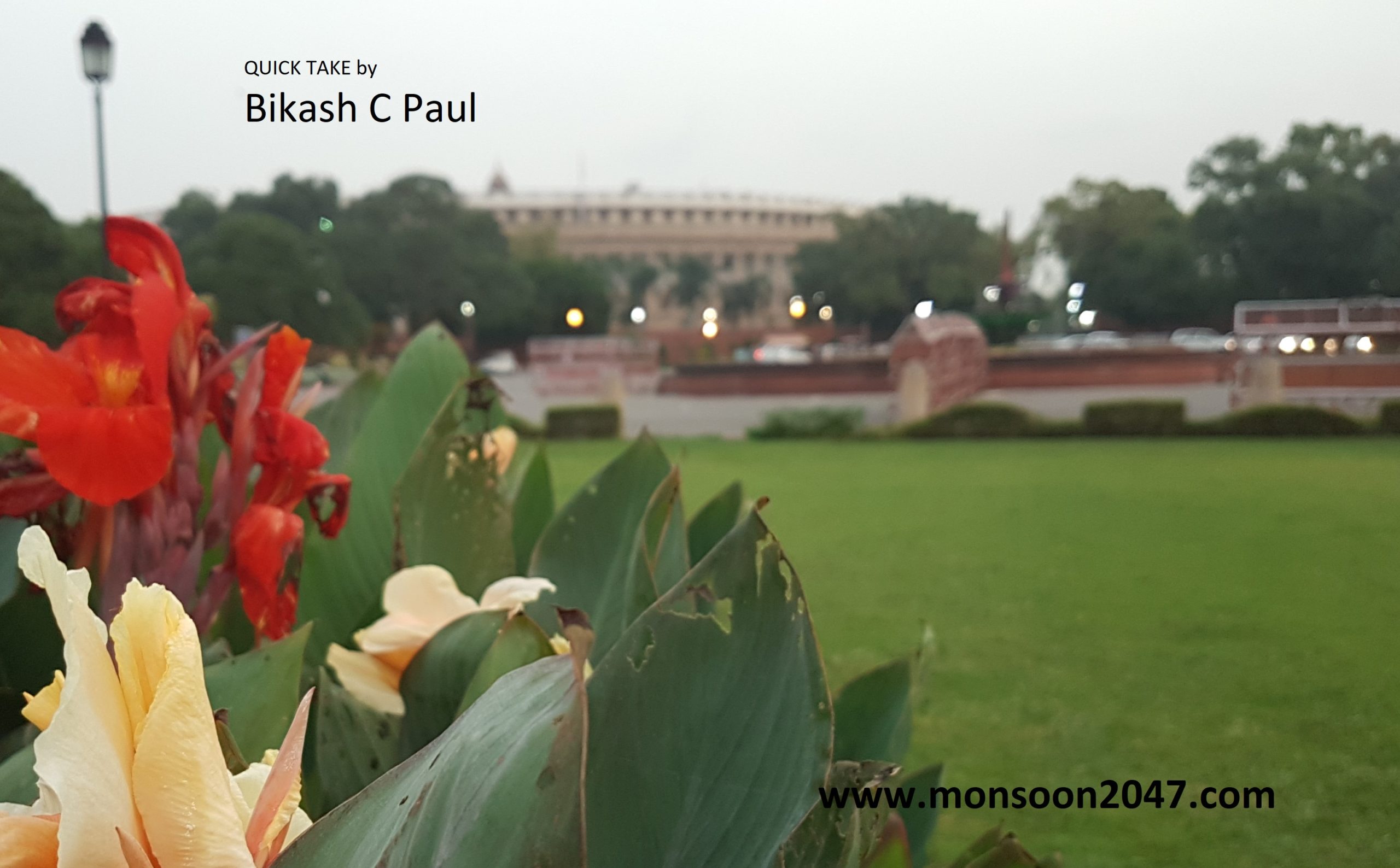 Politics in India has never been a dull affair! It frequently throws up all shades of democracy–good or bad. The month-long political drama in Maharashtra that began with a mandate in favour of BJP-Shiv Sena ‘Mahayuti’, ended with the formation of a government by political rivals of divergent ideologies.

In between, the ballet dance of Indian democracy was at its peak with all curls and curves. Political bargaining akin to street fight, painful divorce of 30 years of companionship, shameless early morning political coup, naked desperation to tie up with a strange bed fellow (namely Ajit Pawar), emergence of an anti-Modi government, and a political blunder by India’s ‘Jodi Number 1’ Modi-Shah duo…..the plates were full!

For the past few weeks, India witnessed every turn and twist of the events with all earnest and eagerness, so, no need to go in detail. Instead, in this episode of ‘Quick Take’, I wish to identify the lessons from the Maha-drama of Maharashtra. What are the takeaways?

First, Narendra Modi-Amit Shah combine is defeatable. Their political strategies, however astute they are, can be outfoxed, and outsmart. Although it is still not known as to why BJP believed in Ajit Pawar and gambled with him by forming the government in a hush hush manner, the moot issue came to the fore is that the indomitable Modi-Shah too make political blunder and opposition does get chance to make heydays out of that. Precisely, it was a blow to the superior acumen of the ‘Jodi No. 1’ and surely a confidence-booster for the sagging morale of a ragtag opposition.

Second, Exemplary political maturity and determination of Anti-Modi forces—generally a missing element in the opposition camp in before the Modi juggernaut. A very difficult, seemingly impossible, task to cobble up a coalition of divergence views and camps does need foresight and stewardship. To all credit to Sonia Gandhi, Sharad Pawar and Uddhav Thackeray who showed great poise and grit, by putting their own government in Maharashtra. This can be a template for future opposition coalition…also a lesson as to how battles against BJP can be won even if it looks sheer convenience.

Third, Maha-development has taken the ‘clean party’ aura away from BJP. In fact, it has served a fresh ‘character certificate’ to BJP. The precise message is: Hamam me tum bhi nanga ho! (You are too naked in the bathroom). The early morning swearing in of Devendra Fadnavis government on November 22 tying up with a corrupt Ajit Pawar, was nothing short of a political coup. What initially perceived as a masterstroke, fell flat later on, exposing BJP very badly. The urgency and desperation shown to form the government, that too with the tainted Ajit Pawar, put BJP in very poor light. At one stroke, the party is seen as a ‘power grabber’ at any cost like any other party in Indian polity. BJP’s chest thumping of political morality is vanished in thin air. The difference between Vajpayee-Advani’s party and Modi-Shah’s BJP is widened.

For sure, BJP, more precisely Modi and Shah, will take some time to recover from the Maha-shock. The opposition, for the time being, has reasons to be elated. As the permutation-combination over win and loss goes on, Indian democracy probably had the last laugh.