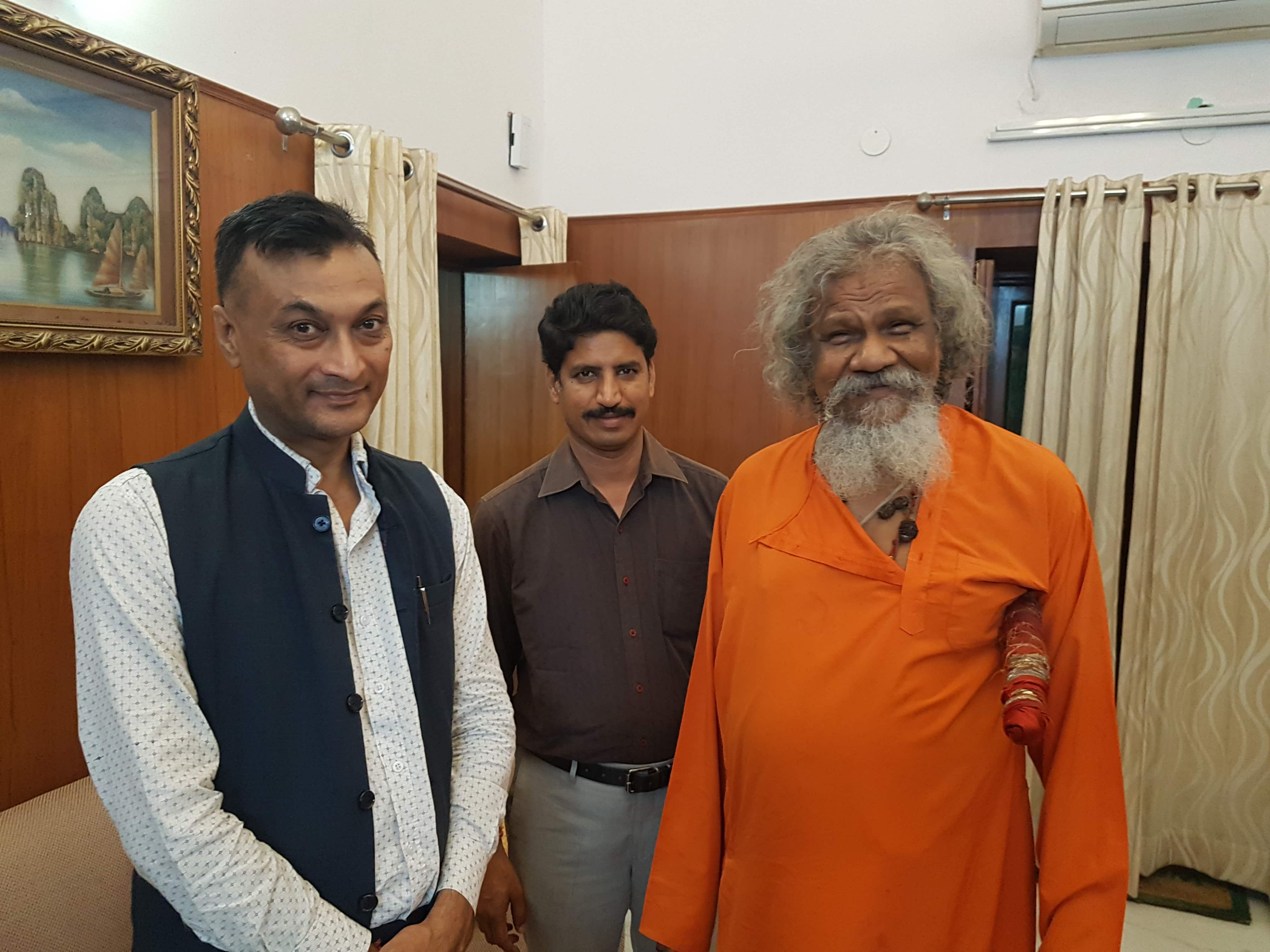 Long before yoga was unfashionable and restricted to very few, Dr Prasanna Kumar Patasani learned yoga and spirituality from his guru Maharishi Mahesh Yogi. Dr Patasani, the septuagenarian poet and politician and philosopher, practises yoga to this day. In an interview for a podcast on yoga, he shares his experiences of yoga and what yoga means to him. He emphasises on meditation and mantra to reach the state of zero consciousness – a state of bliss and a state of peace. He advises that one should not let the thoughts to banish from the mind while in a state of meditation, let them come and they will go. Listen to the podcast:

Dr Prasanna Kumar Patasani also runs a foundation called DR. PRASANNA PATASANI FOUNDATION (Serving Humanity Through Yoga Wisdom). He is a philosopher, author, poet, yoga expert, and was also an elected representative in the state legislature of Odisha and in the Lower House (Lok Sabha) of the Indian parliament from 1998-2019.  He was born on 27 April 1946 in Khurda, Odisha, India. When yoga and experiencing spiritual life was unfashionable and unknown, Patasani discovered Maharishi Mahesh Yogi (the developer of Transcendental Meditation, 1918-2008) and he lived in his ashram at Rishikesh in the Himalayan state of Uttarkhand. He learned Patasani learned the techniques of meditation and yoga ashanas and travelled extensively along with the Mahesh Yogi. He returned to his native state in 1980s, and devoted himself to establishing educational institutions and began to serve the people by entering into politics. According to one report, he went underground before 1980s for his alleged involvement with the Maoists, but he later embraced public life. He was consecutively elected undefeated to the state legislature (4 times) and to the Parliament of India (4 times). He was a follower Biju Patnaik the father of Naveen Patnaik who is the current Chief Minister of Odisha.

To this day, Dr Patasani carries with him a wand – a short stout stick wrapped in fabrics, which is a blessing wand from his guru. He is also credited for campaigning to make Odia language and Odia script as a classical language for it is more than three thousand years old.

Dr Patasani, born in 1946, he is a physically active man travelling extensively between Odisha, his home state, and New Delhi the capital of India. He practices yoga and spiritual life. According to him, spiritual wisdom, according to him, ‘Goddess Laxmi, the mistress of spiritual wisdom, teaches us to open our eyes to the wisdom residing within us and shut not our eyes to the light of wisdom from the sun of knowledge.’

Featured Photo: Dr Prasanna Kumar Patasani (in saffron robes) with Dr Anil Jain (left) who is a yoga guru and health advisor and B. Madanamohan Reddy who is a disciple of Dr Patasani.