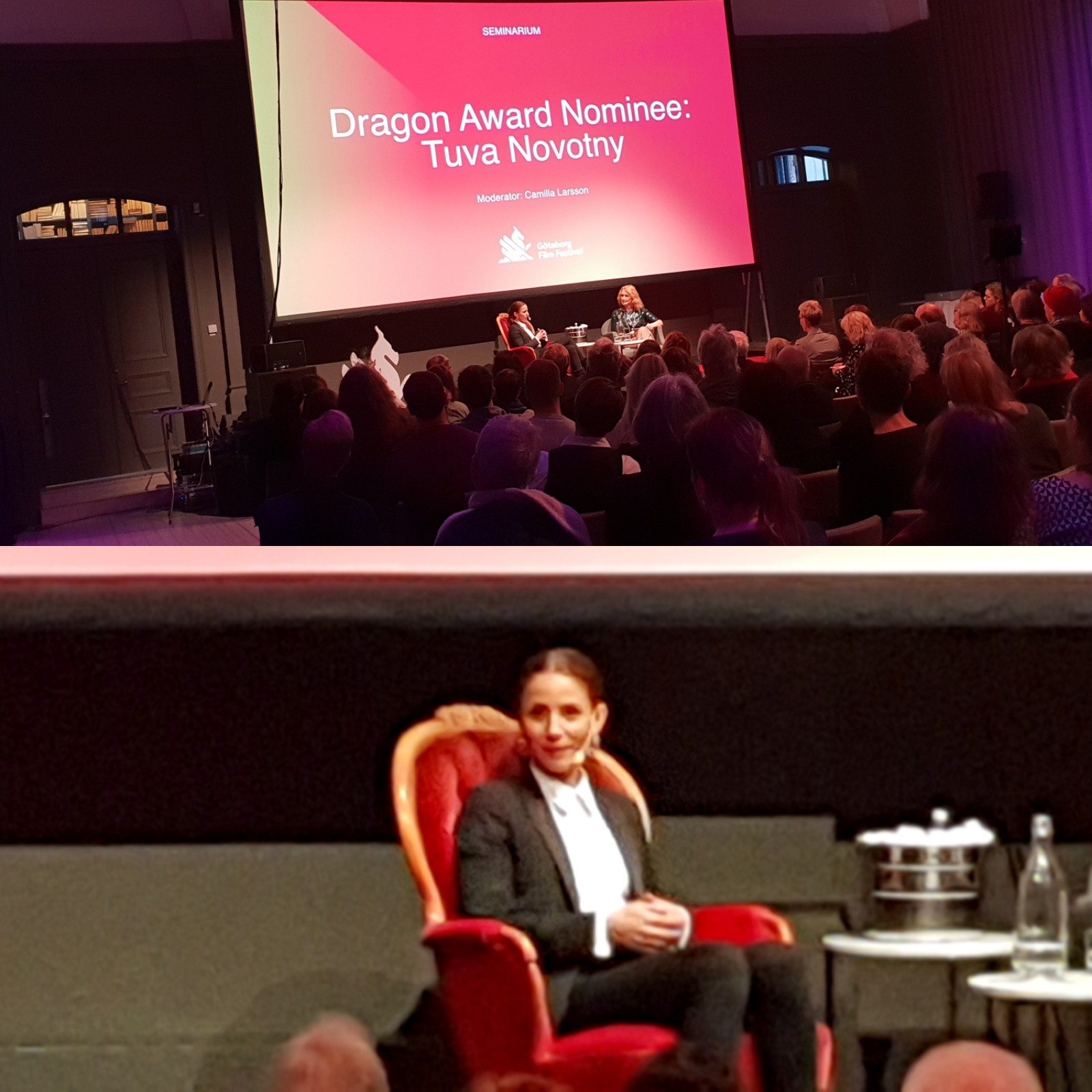 Women film directors are rare. Tuva Novotny is not only a film director but also an award-winning director and critically acclaimed both as a directress and as an actress. She is one of the reckonable film artists not only in Denmark, Norway and Sweden but also among the English language movie makers.

In this podcast, you will hear from Tuva Novotny why she wants to tackle tabooed subjects in her movies and about her favourite directors.

Probably, she is one of the persons in the world with 6 names: Tuva Moa Matilda Karolina Novotny Hedström but commonly known as Tuva Novotny. She carries the surnames of both of her parents.

Blind Spot is a Norwegian drama film directed and written by Tuva Novotny and the movie shortlisted to be the Norwegian entry for the Best Foreign Language Film at the 91st Academy Awards. Blind Spot is the story of a mother’s battle with her daughter’s mental health issue.

Note that Blindspot is also the title of an American drama series. The series is about a woman with no memory.

Tuva Novotny is the daughter of Czech film director David Jan Novotny and Barbro Hedström the Swedish artist. She was born on 21 December 1979.