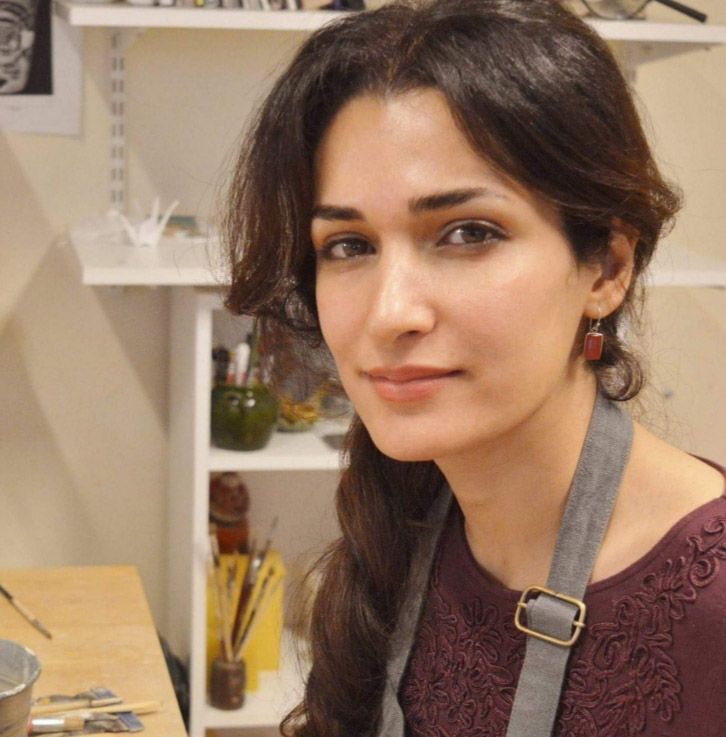 Maryam Javidmehr has sculpted some unique sculptures out of clay and bronze, which reflect intricate details of her subjects- they reflect a revolt and transgress boundaries, reaching beyond themselves. In her life as an artist, she continues to learn as she establishes herself as a musician and sculptor. You can listen to a piece of her music in the podcast played with tanbour:

‘There is no divide; I am the same person as musician and sculptor. They are two way to express and my ideas, experiences and feelings. It is more about time and focus; to have enough time. As time has went by, I have combined the two, they are now the same way. Sculpture can be express for music and vice versa,’ she says about dividing her time as a musician and artist.

Maryam Javidmehr has learned to play music with tanbour and oud. To learn tanbour, she visited the Kurdish part of Iran and learned from the Kurdish folk artists as how to play tanbour. Music continues to drive and inspire her life, then in Iran, and now in Sweden. She reflects, ‘Music itself is my inspiration- love to music and as way to understanding the world. It is a way of life and communication with people. For me, music is more than a profession. It is a way to be in the world. I am interested in the social impact of music. To play for people who need my music and understand it is my priority. I play for those who have no access to established venues.’ 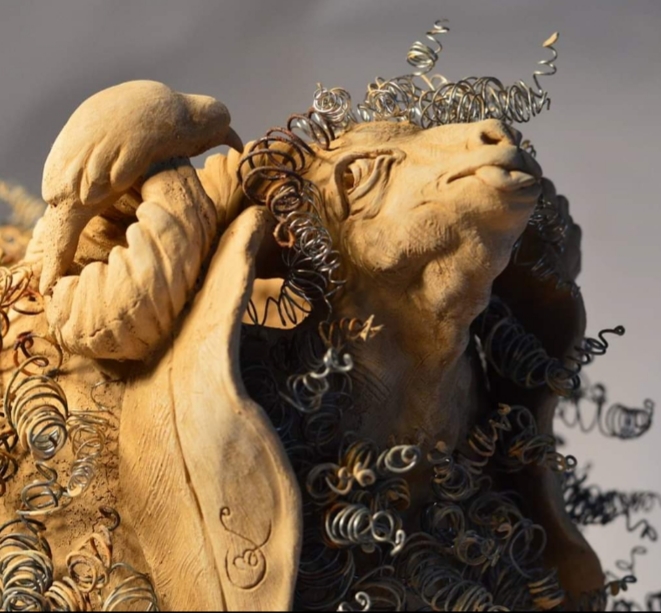 LIVELIHOOD AS AN ARTIST:

Commercialization and selling of her art is not the priority for Maryam Javidmehr. She wants to teach music and sculpting for others, and to play music and create works of sculptures are her passion but not become rich out of them. She notes, ‘It is not about achievements. It is about a better society, a better world and sharing with others and learning from the others. Of course, I want to improve my skills, know more about music. Especially about different musical traditions and techniques. Music is not just technique, however. Music is a deep understanding of life and its conditions.’

AS AN ARTIST IN THE WEST:

Born and raised in Iran, Maryam Javidmehr moved to Sweden six years ago. She visits Iran but Sweden has started to become her home country. How is the journey in the West as an artist? She explains, ‘Yes and no. it depends on many things. There are some mechanisms that excludes artist with foreign background. Established institutions recruit often western musicians. Non-western music is considered as non-being equal with western music. However, I let not these attitudes to hinder me from flourishing. This society offers at the same great possibilities for musical exchanges and mingle. There is a kind interest in me as a woman and musician and in my music. For me, my music has been a form of resistance. In Iran against patriarchal structures. Here against mechanisms that excludes people with migrant background.’