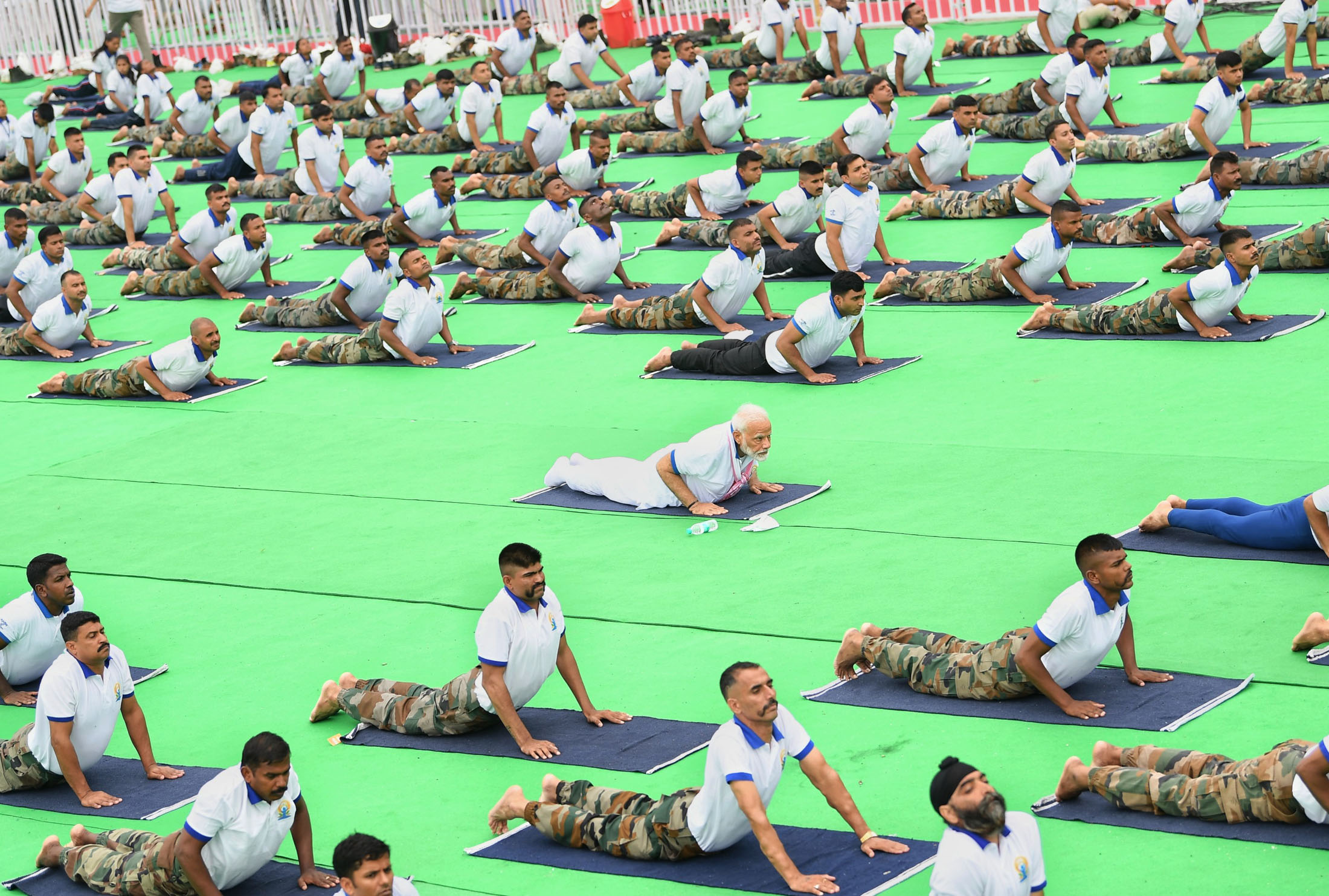 Prime Minister Narendra Modi succeeded in convincing the international community to declare June 21 as the ‘International Day of Yoga in 2015. On the 5th International Day of Yoga Day in 2019, and in the first year of his second tenure as the Prime Minister of India, he said, “Let our motto be Yoga for peace, harmony and progress.” On the Yoga Day, he led a mass yoga demonstration at Ranchi the capital of Jharkhand state in northern India. He shared his vision of yoga by mentioning that he wants ‘to take the message of modern Yoga, from the cities to the villages, and to the homes of the poor and tribal communities’.

The points he mentioned on the yoga day were: with changing times, our focus should be on wellness too, besides preventing illness (yoga is a pillar of preventive healthcare); yoga can give us this strength; yoga is not accomplished merely by the activities that we perform for a while on the ground or the mat but yoga implies discipline and dedication, and this must be practiced throughout our lives; yoga transcends the barriers of age, colour, caste, community, thought, sect, rich or poor, State, and border; yoga belongs to everyone; from drawing rooms to board rooms, parks to sports complexes, and streets to wellness centres, yoga has caught the imagination of people; yoga is both ancient and modern; yoga is constant and evolving, the essence of Yoga has remained the same – healthy body, stable mind, spirit of oneness; yoga provides a perfect blend of knowledge, work and devotion; the world adopts yoga, we should lay stress on research related to the subject; yoga should connect with disciplines such as medicine, physiotherapy, and artificial intelligence.

During the International Day of Yoga 2019, Prime Minister Narendra Modi took part in a yoga session at Prabhat Tara ground in Ranchi where thousands of yoga enthusiasts participated. On this day, Jharkhand Chief Minister Raghubar Das said that yoga has the power to connect people. He appreciated the efforts of Prime Minister Narendra Modi in spreading awareness about yoga across the world. He said, “It is a matter of great pride for all of us that the PM Modi will participate in the main programme of World Yoga Day in Ranchi. The state government is putting all efforts to make the programme success.”