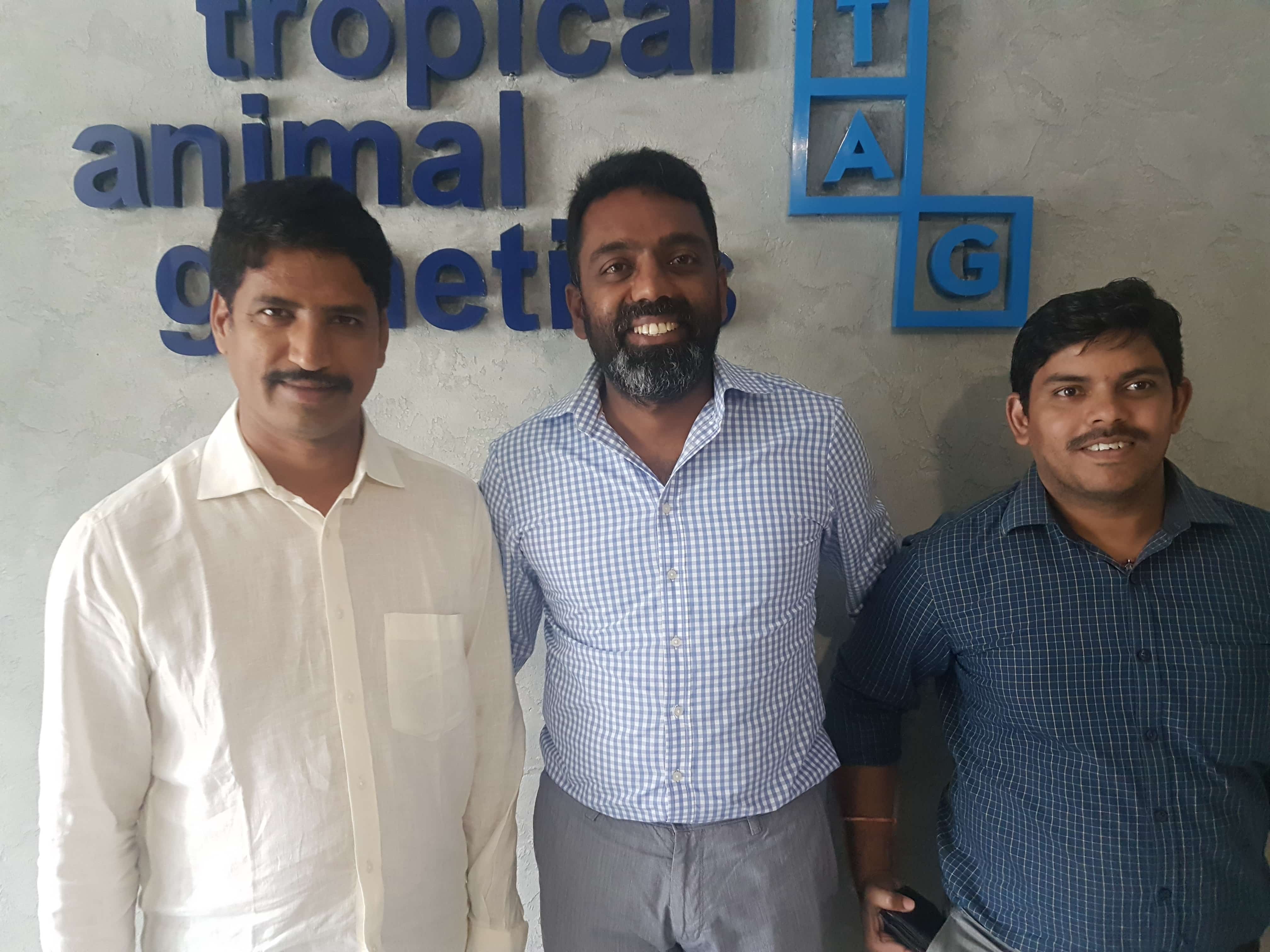 Creating a sustainable future and food security for humanity is one of the issues the world has to deal with as the population continues to rise. According to the United States’ Census Bureau, there is one birth every seven seconds and one death every thirteen seconds with a net gain of one person every eleven seconds. In the estimate of United Nations, India will be the world’s largest country in the world by 2027 overtaking China.

Srinivas Cherukuri notes that there are 300 million cattle (cows, buffaloes, bulls, oxen) in India, and one of the ways is to boost milk productivity of female cattle by using non-conventional methods. He says most of the cows and buffaloes give only 1- or 2-litres a day and that is not sustainable for the dairy farmers as the inputs are more in such as fodder and manpower. He thinks there is an alternative to increase the milk production of cattle in India through artificial insemination by retaining the merits of Indian cattle which are heat-resistant and disease resistant. He explains, “We are doing selective breeding in lab environment or in vitro fertilisation like a typical IVF kind of thing for people and we are only promoting the Indian breeds because of their good characteristics.”

INCREASING THE NUMBER OF FEMALE CATTLE:

TAG in India wants to increase the number of female cattle and also increase their milk-giving capacity through sexed up semen. Srinivas explains: “Sexed semen is the semen used for artificial insemination we separate the eggs and white chromosomes so that you can decide the sex of the offspring so we can only produce the female cattle.” To this effect TAG’s Research & Development wing has a roadmap to produce synthetic eggs or automation of the whole embryo production.

Bandlapalli Madanamohan Reddy, Advisor, TAG in India says: “It is appreciable of TAG to bring this technology to India and taking a risk with their investment.”

Srinivas Cherukuri says TAG in India wants to be part of the second White Revolution of India, and help farmers in earning sustainable incomes through their cattle. “Genetically, this technology can help to double the income of dairy farmers, and increasing the milk production of India – whose need for milk is increasing every day.”

TAG is more than a four-year-old company and has its head office in Hyderabad, the capital of Telangana state in southern India and with labs in rural areas.

Featured photo: Srinivas Cherukuri (in the middle) flanked by his colleagues at TAG’s office in Hyderabad, India.