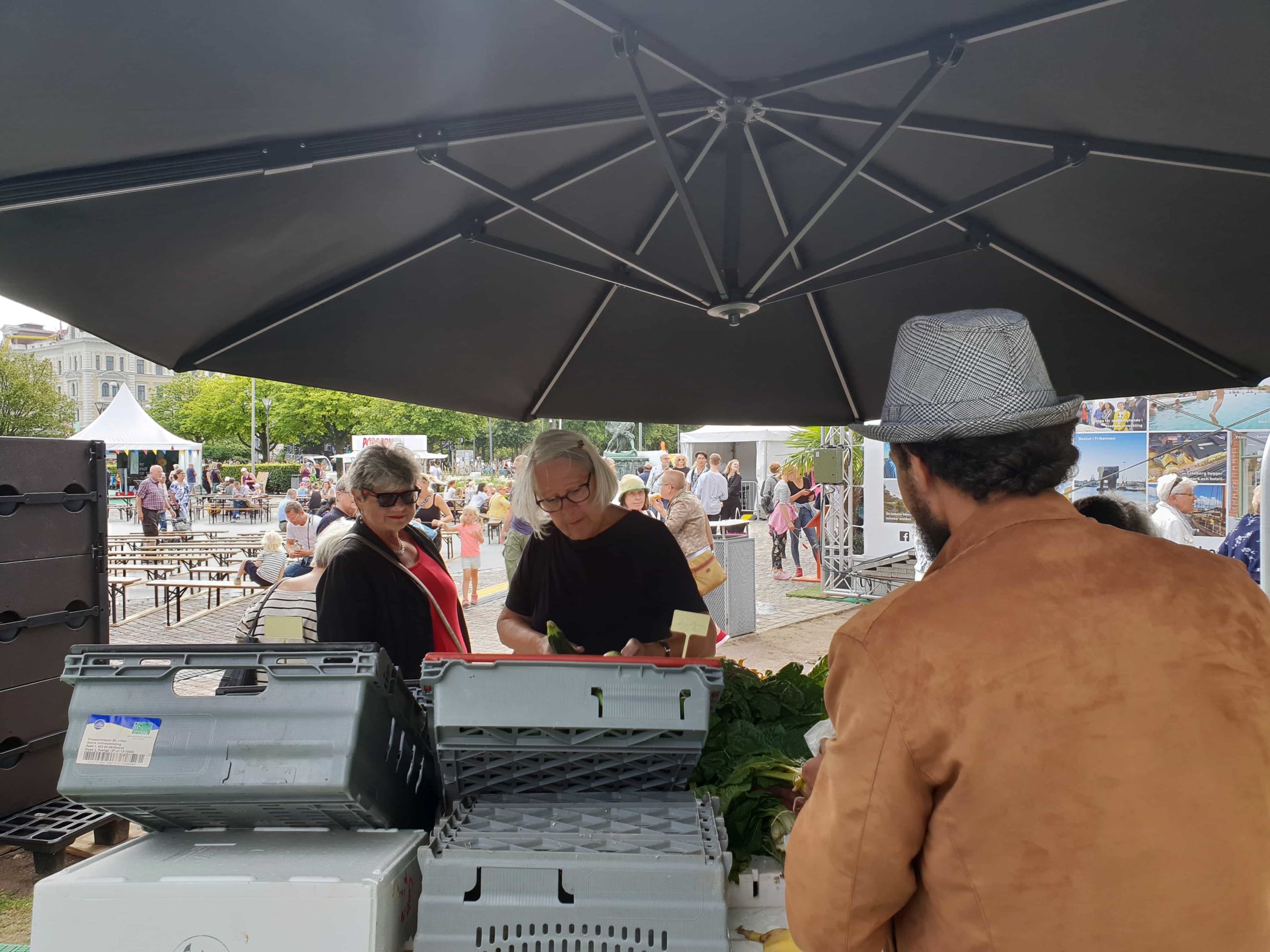 Syrian as a farmer in Sweden

Since the start of the war in Syria in the second decade of the twenty-first century, thousands of Syrians have fled from the country especially to many European countries. Sweden is one the countries that gave asylum to more than 100,000 Syrians. According to Swedish Migration Agency, “Since 2012, the Syrians constituted the largest group of applicants for asylum in Sweden, and since the start of the conflict, in 2011, over 115,000 have been granted asylum. Currently approximately 1,300 Syrians are waiting for the decision of the Swedish Migration Agency. Significantly more, 26,500, will have to apply over the next three years at the Migration Agency to extend their temporary residence permit.”

One of the Syrian migrant to Swedish is one Mr Hakim. In few years, he is establishing himself as a farmer and also by studying Swedish. During the annual cultural festival in 2019 organised by the City of Gothenburg and Göteborg & Co, there was a dedicated spot called Green Corner where eco-products and sustainable ventures had an exhibition or a display of their products. At this Green Corner, Hakim had his shop from which he sold thirty types of vegetables which he had grown in a farm called Alzoubi Farm. He maintains the farm along with his friends Majed and Yousef, and his family members also work on the farm.

Sweden has four distinct seasons in a year: summer, fall or autumn, winter and spring. The late spring and summer are the only two seasons that allows farming. Hakim started to cultivate vegetables in the summer of 2019 on a plot of 1.5 hectares, and brought the harvest to sell them in the local market in Gothenburg. Gothenburg is Sweden’s second largest city. He shared his experience as the farmer, and how was it to be a farmer in Sweden. You can listen to the podcast: