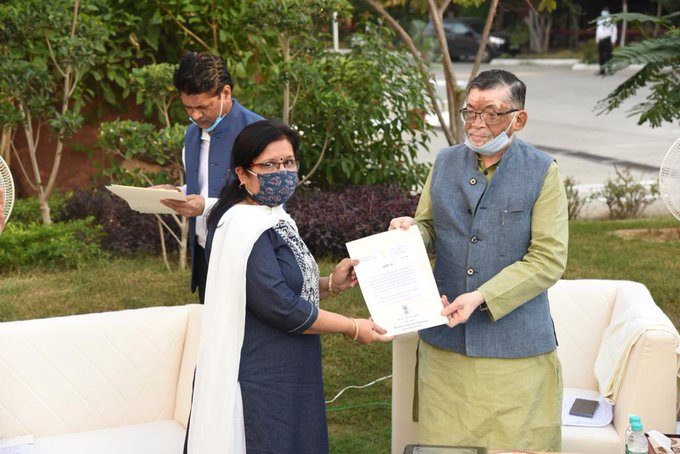 India is a not a welfare State but the State has established some social security for its citizens. Employees’ Provident Fund Organisation (EPFO) is the Social Security desk of the Government of India. Few realize that this is amongst the world’s largest Social Security Organisation in terms of in terms of clientele and the volume of financial transactions undertaken. It provides social security cover to workers by way of provident fund, pension and insurance to the working class in the private sector.

According to Centre for Monitoring Indian Economy (CMIE) data, during the lockdown, an estimated 14 crore people lost employment while salaries were cut for many others. The Pandemic times have thrown unique challenges not only on personal fronts but also on the working of various institutions. Containing economic distress during these times thus became the leading priority of the Government. EPFO in this scenario was roped in as one of the “essential services” arms and a special advance to the working class called Covid advance was quickly introduced. The Government promised that this advance will be processed within 3 working days that translated into 72-96 hours. The promise accompanied an unprecedented challenge considering that the normal turnover time for processing was 20 days. This was further compounded by constraints of limitations to work with half the officials on a daily basis to adhere to social distancing norms.

At one end, the Covid outbreak spread panic and grim, there was a sudden suspension of public transport system and movement was restricted. Prior to EPFO being brought into the category of essential services, the officials faced inconveniences of police scrutiny while wanting to report for duty. The scenario was quite demotivating and in effect, there were very few people who took pains to volunteer to take up the challenge. It is in this context that amongst the 138 offices of EPFO, DELHI WEST has made its mark in redefining Public Service delivery and gaining public trust.

Uttam Prakash is the Regional Provident Fund Commissioner heading this unit. His team through a unique Public Management collaborative culture has assisted some 4 lakh workers disbursing around 900 crores since the beginning of the Covid pandemic. Covid specific claims have been disbursed to the tune of more than Rs. 200 crores to some 99,000 workers and their extended families.

Behind the scenes, there has been a deep sense of compassion and commitment to public service, as this office has been working nonstop willingly discarding the usual government holidays. Recently crossing 200 days, it is probably the only Government office apart from hospitals and police to display this in the country. Not only it has been working relentlessly, it has the singularly unique distinction of processing 100 percent Covid claims within 24 hours, and more than 90 percent of all types of claims within 24 hours. Surpassing the Vision statement of an Organisation of 03 working days to within 24 hours is no mean an achievement and that too in constraining times from a Government unit.

The office has developed a collaborative democratic style of governance where each Team member is valued. Efforts put by any one seldom goes unnoticed and is profusely a rewarding day through recognition. The culture of displaying names of best officials publicly is unique. Consistent performers get into hall of fame through a separate display Board. On special achievements Uttam Prakash writes personalized hand written notes recognizing commitment and compassion towards the cause of Social security. This is a completely novel way of weaving a visible culture of respect and trust amongst subordinates and is worth emulation.

Although a risky idea, Delhi West opened itself to Public Audit or Public Scrutiny, to seed in the commitment amongst its officials. This was the most important local flavor through the Social media for outreach and feedback and a target-based culture for a responsible service delivery.  This has made the staff more responsible and accountable as the report card risks trolling. In the course of time, this outreach has proved to be a boon in Citizen-government trust building and is a daily reckoner of work performance to ingrain a sense of accomplishment and commitment. The old testament of linking the spirit of every employee to the office identity and objective has brought in a new culture.

While it is common to see recognition of the top management, Uttam Prakash has put in a system of recognizing those at the cutting edge a rarity in today’s world. Celebrations at Delhi West has become a work-culture. To celebrate the 150th day of nonstop service delivery, the less visible faces were recognized though an e-book titled ‘HUMANS OF EPFO DELHI WEST’ capturing feelings and thoughts of fighting the pandemic through social protection in containing economic distress bringing in a unique bonding.

Beating the perception that good work rarely gets noticed, the officials one evening were pleasantly surprised to see their Union Labour and Employment Minister Santosh Gangwar walk in for a chat over tea. No usual fanfare, but the celebrations turned out to be a lifetime memory. Performers received appreciation letters signed by the Minister himself, which his office carried silently. This is unprecedented in Indian setup as officials who rarely get an opportunity to see their zonal or country bosses were now chatting with their Union Minister.

Encouraged by the new management style of how a pat on the back can work wonders, the Union Minister announced a policy statement of carrying forward this way of recognition to more departments under his charge. The promise has since been kept when he recently appreciated more officials albeit through a webcast on 11th November 2020.

Uttam Prakash, the Regional Provident Fund Commissioner, along with his team showcases to India, as to how the social security protection can be delivered in the coronavirus pandemic times. The team demonstrates exceptional dedication with local innovations in the interest of the citizenry.