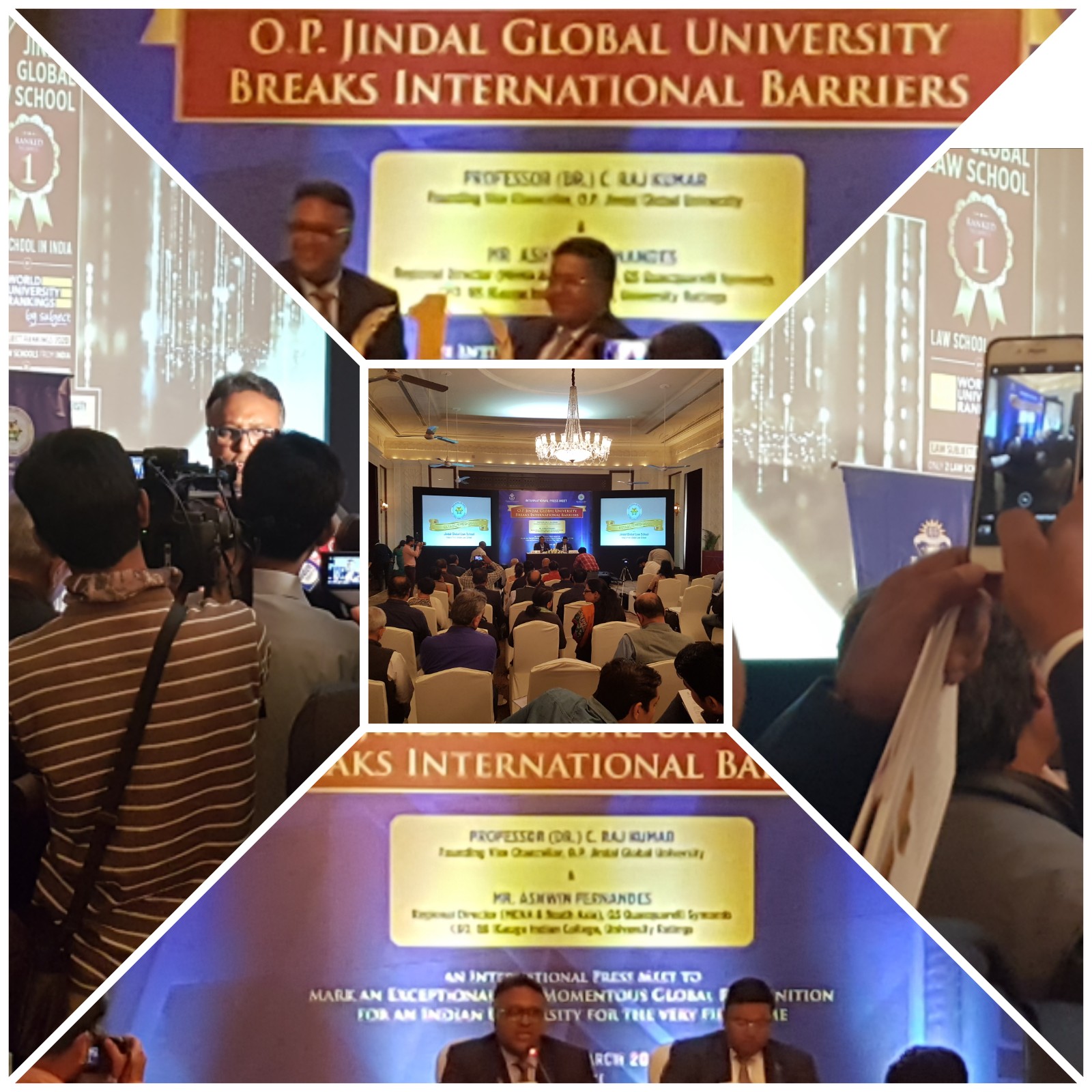 Dr Professor C. Raj Kumar, the founding Vice Chancellor of O. P. Jindal Global University, and Ashwin Fernandes, shared the news with the media, on 4 March 2020, in the national capital of New Delhi. Interacting with the press—attended by more than 50 journalists representing television, newspapers, magazines, websites both national and regional (vernacular/up country media)—they revealed why and how JGLS has reached the top position in India.

QS Subject Ranking in Law measures the global relevance of institutions specifically in the area of research in law along with combining reputation from the academic community and employers. The methodology is subject sensitive and looks specifically at universities or institutions which have a strong focus in law.

Naveen Jindal the benefactor and founding Chancellor of O. P. Jindal Global University said, “Our vision was to establish a world class university in India that will fulfil the aspirations of young people of India and the world. The fact that JGU and JGLS have achieved a stellar reputation and a global recognition in a decade gives us immense satisfaction. But more importantly, it reinforces the power of philanthropy and its role in institution building and nation building.” 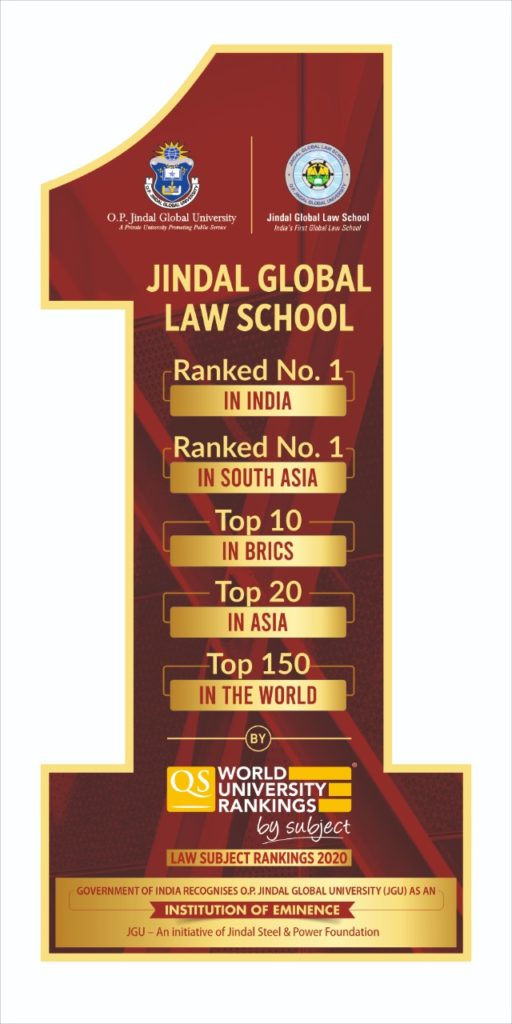 Professor Raj Kumar is not only a Rhodes Scholar but also studied law from Delhi University and Harvard University. He returned to India giving up his lucrative career in law in the USA and Hong Kong, and sacrificing a covetable position in the UN in order to establish a world class university in his home country. He said, “India deserves to have universities that can provide world class education, benchmarking with the best in the world in terms of faculty, education, research, collaborations, and infrastructure. JGU is on a relentless pursuit of promoting excellence in institution building. It is an extraordinary and unprecedented institutional moment for JGU to witness history as its first school, the Jindal Global Law School, is ranked number 1 in India and among the top 101-150 in the world. This achievement has been possible because of the visionary leadership and generosity of our founder and philanthropist.”

O. P. Jindal Global University is also recognised as an Institution of Eminence (IoE) by the Government of India.