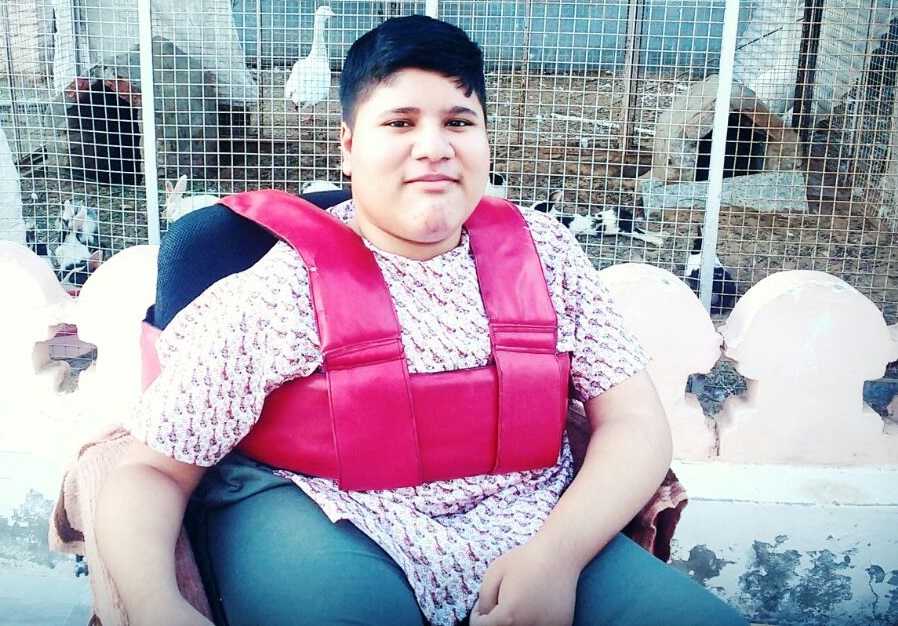 Hridayeshwar Singh Bhati is a teenager credited for inventing ‘six-, twelve-, and sixty-player circular chess variants’ and for developing a ramp system that enables access for the disabled people’s mobility. The teenager is left with ‘intact brain and intact voice and trembling fingers’ and the rest of the body is paralysed. He is suffering from fatal disease but he continues to lead his life with his creative and inventive pursuits.

Hridayeshwar Singh Bhati is wheel-chair bound due to Duchenne Musuclar Dystrophy but that did not stop him from his spirit for life. His life is celebrated by his parents and society for showing zest for life and for being creative. He is immobile but his mobility inventions of ‘Power Wheel Chair Accessibility Vehicle Mechanism’ are helping millions of differently-abled people in the world.

According to press note released by his family, though he is bound to wheel chair and suffers from fatal disease Duchenne Muscular Dystrophy, he took the country to top in world by defeating Japan in field of Chess Variants Inventions. He is having 85% disability, that too, permanent and progressive one, yet he is having 7 inventions to his name and 7 patents to those inventions.

“By inventing Circular Chess at the age of 9 years in 2013 & (he) Became Youngest Patent Holder of India & Youngest Differently abled Patent Holder of the World. Now he is having patents for 6, 12 & 60 players Circular Chess,” a press release said. His inventions are helping other people: ‘Despite immobile he gave mobility solutions to the World. His life is full of disasters but he submitted ‘Disaster free World’ project to UNO.’

Hridayeshwar Singh Bhati was born on 3 September 2002 in Jaipur, India.

Muscular Dystrophy: Muscular dystrophy is a hereditary disease characterised by gradual wasting of the muscles with replacement by scar tissue and fat sometimes affecting heart. It is also described as a group of diseases that cause progressive weakness and loss of muscle mass. There are different kinds of muscular dystrophy. Symptoms for the common variety of muscular dystrophy begin in childhood and usually in boys and there is no cure but medical interventions can manage symptoms and slow the disease.

According Muscular Dystrophy Association (MDA): Duchenne muscular dystrophy (DMD) is a genetic disorder characterized by progressive muscle degeneration and weakness due to the alterations of a protein called dystrophin that helps keep muscle cells intact. DMD is one of four conditions known as dystrophinopathies. The other three diseases that belong to this group are Becker Muscular dystrophy (BMD, a mild form of DMD); an intermediate clinical presentation between DMD and BMD; and DMD-associated dilated cardiomyopathy (heart-disease) with little or no clinical skeletal, or voluntary, muscle disease. DMD symptom onset is in early childhood, usually between ages 2 and 3. The disease primarily affects boys, but in rare cases it can affect girls. In Europe and North America, the prevalence of DMD is approximately 6 per 100,000 individuals.

Photo Credit for the featured image of this news story: Meenakshi Rathore