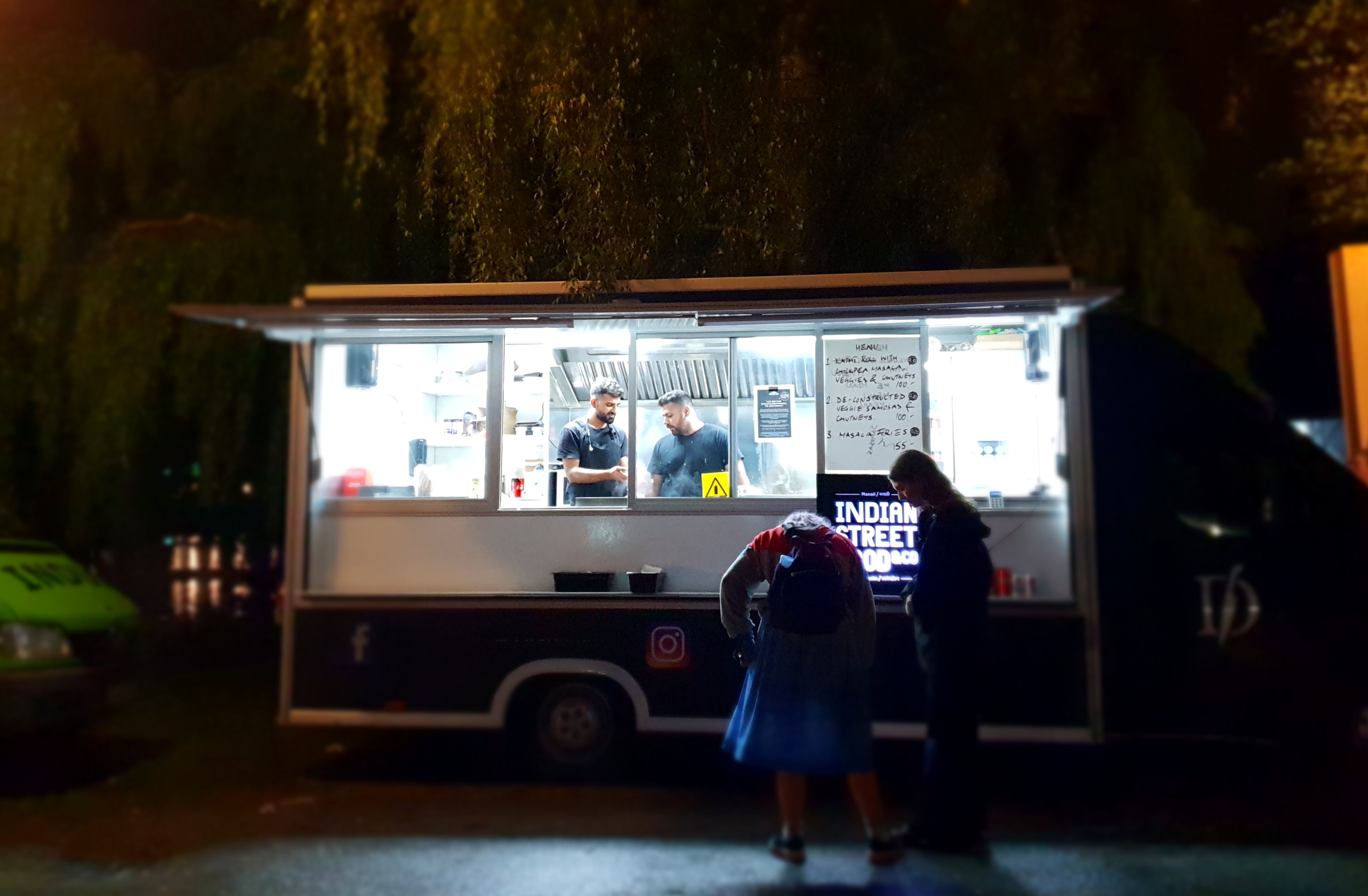 Indian food continues to manifest in various avatars in videsh: foreign countries. The Indian food available in overseas countries such as in the UK, the USA, Canada, countries of the European Union among others not necessarily mean the food from the present day India only but it could also mean the food from the Indian subcontinent: Bangladesh, Bhutan, India, Maldives, Nepal, Pakistan and Sri Lanka. Those who start Indian restaurants away from their homelands, transcend the barriers of nationalism and religion and those who work in them may be from any other country. Food also brings people together: binds people together to cherish cuisine.

Indian Street Food & Co is a food company in Sweden specialising in catering and serving food outdoors through trucks. One of their food truck was at the WAY OUT WEST 2019: the annual music festival in Sweden. WAY OUT WEST 2019 had 20 food trucks ranging Hoi Polloi, Boho Bar, Planet Vega, The Good Gringo, Mezefabriken, Indian Street Food, Smålandsrullen, Rullande Greken, Churros, Taku Taku, Greenhouse, Rollin Bistro, La Pasta Fresca, and Indus Food Truck represent the cuisines from different parts of Sweden and the world. www.monsoon2047.com met the chef in the truck named Zhufran Khan. Zhufran Khan is a Swede of Pakistani origin or of Indian subcontinent. He said he has been specialising in the Indian street food for more than three years and the patronage from the people is growing. The food items served in the truck were: kathi roll with chickpea masala, veggies and chutneys; de-constructed veggie samosas and chutneys; and masala fries.

‘DE-CONSTRUCTED VEGGIE SAMOSAS & CHUTNEYS’ was one of the items sold from the truck. Not only the name but also the contents of the samosa has innovation and imagination: catering to the needs of the palates and -ans: vegan and vegetarian. Indian Street Food & Co was in 2014 to raise the ‘bar for the Indian dining experience in Sweden’. Behind it is Dheeraj Singh who had cooked for the visiting dignitaries and diplomats in Stockholm, and the co-founder is the entrepreneur Johan Parmar.