Andhra Pradesh is one of the five south Indian states in India. Andhra Pradesh has elected the YSR Congress Party in the recently concluded elections to the state legislature in May 2019. YS Jaganmohan Reddy is the second chief minister of Andhra Pradesh, the state in existence after demerging and with the formation of Telangana the 29th state of India in 2014. The predecessor of YS Jaganmohan Reddy was N Chandrababu Naidu (2014-2019) who had signed a memorandum of understanding in January 2019 with Asian Pulp and Paper Group. The New Indian Express’ headline on January 10, 2019 said: “Asia Pulp and Paper to invest Rs 24K crore in Prakasam paper unit” The news item noted, “APP, a subsidiary of Sinarmas, is one of the largest industrial houses in Indonesia. Suresh Kilam, Executive Director of APP, and J Krishna Kishore, APEDB CEO, signed the MoU. APP will invest Rs 24,000 crore ($3.5 billion) in its pulp and paper manufacturing unit at Ravuru in Gudluru mandal of Prakasam district. It is the single biggest FDI so far in the State, perhaps in the country in recent times.

“The project with a capacity of 5 million metric tonnes per annum will be the largest unit of APP at a single location. The business operations of APP are spread over 120 countries across the world. Its total production capacity is 18 million tonnes per annum. The APP unit in Prakasam district will come up in 2,471 acres of land and generate 4,000 direct and 12,000 indirect jobs. It will be completed in two phases.”

ABOUT ASIA PULP AND PAPER GROUP:

Asia Pulp and Paper Group (APP) was started in 1972 1972 with Tjiwi Kimia producing caustic soda but it has operations across Indonesia and China with an annual combined pulp, paper, packaging product and converting capacity of over 19 million tons per annum. Today, APP markets its products in more than 120 countries across six continents and delivers quality products to meet the growing global demand for tissue, packaging and paper.

THE PULP AND PAPER TIMES:

The Pulp and Paper Times is a bi-monthly print magazine for Paper, Allied and Paper Converting Industry and has a website: www.thepulpandpapertimes.com It published a news item on August 19, 2019 with the headline: “Asia Pulp and Paper may withdraw its Investment on account of Jagan Reddy’s decisions upsetting the business applecart.” The news item follows as: “The biggest Foreign Direct Investment (FDI) in the pulp and Paper sector is on the edge of removal from Andhra Pradesh. Asia Pulp and Paper (APP), a subsidiary of Sinarmas, is one of the largest industrial houses in Indonesia, is considering to withdrawing its huge investment approx Rs. 24,000 Crore from the state. According to some media’s story, APP has sought to withdraw the investment due to newly elected government of Jagan Reddy’s animosity against his bete noire TDP chief Chandrababu Naidu seems to have got the better of him in his penchant for reversing or scrapping the earlier government’s initiatives, in the process upsetting the business applecart.

“The young Chief Minister of Andhra Pradesh YS Jagan Mohan Reddy, who took over in May last, has, through a series of controversial decisions, caused alarm in the business circles nationally and globally.

“The Pulp and Paper Times talks to exclusive sources about the recent update on APP’s investment, “Our chief minister Mr. Reddy is on trip to United State, and he will come in a week, after that the meeting with APP will be held to decide further course of action. Right now, this is only a rumour circulating in the business circle that APP is likely to withdraw its FDI,” Sources said.

“In fact, APP is also seeking land in Maharashtra and Gujarat for paper making to capture the big market of western India. Definitely, they don’t want to restart the whole process again, APP’s concern is to pick it up what they left in the previous government,” Sources informed.”

The above news of The Pulp and Paper Times’ was shared on LinkedIn by its publisher or the account manager of the magazine on LinkedIn. The news item came to the attention of Suresh Kolavali PhD. Dr.Suresh is a Start-up Engineer at Valmet in Sweden and has 10 years of experience in pulp and paper area . He is from Kadapa, the headquarters of YSR District in Andhra Pradesh; and studied chemical engineering from Jawaharlal Nehru Technological University and Master’s from Indian Institute of Technology from Guwahati, Assam, India. He completed his PhD from Chalmers University of Technology in Sweden. 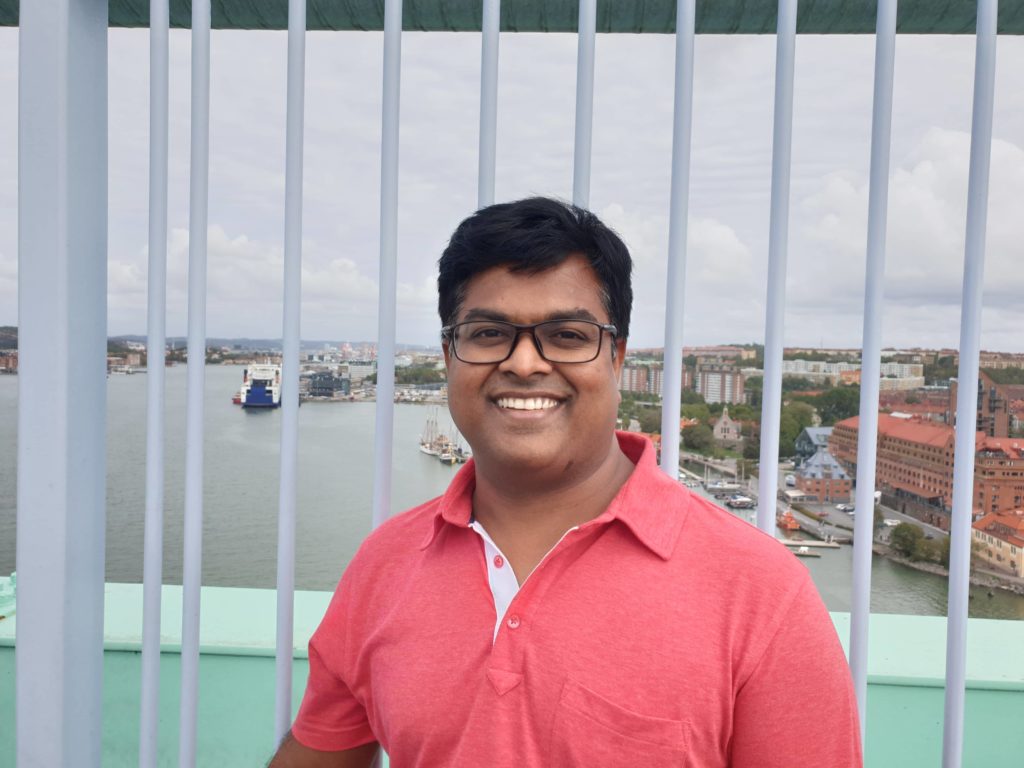 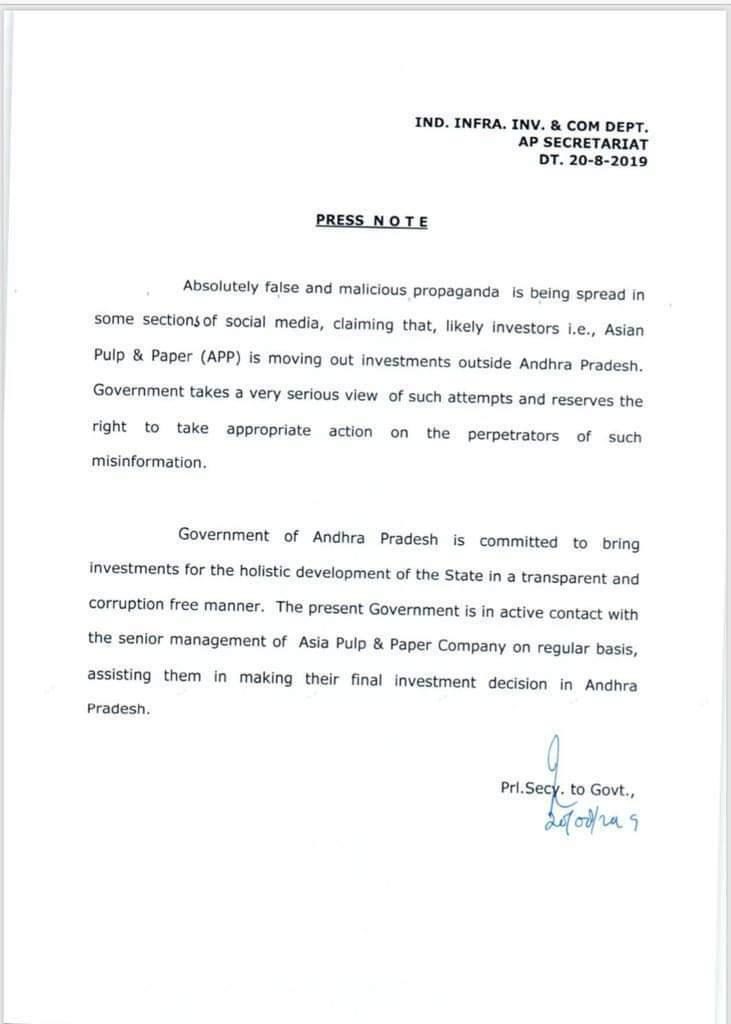 THOSE 3 COMPANIES: sponsors of news item

Which are those 3 companies who sponsored the news item to get it published in the Pulp and Paper Times? Suresh Kolavali shared these developments with Monsoon2047.com for he was concerned about the fake news and false news spreading in the social media, and how it causes worry and anxiety for the people involved – job seekers in the area. In this case, the MoU between AP government and APPG would lead to thousands of jobs in the Prakasam district of Andhra Pradesh in India.

The Pulp and Paper Times revealed that ‘Asia Pulp and Paper may withdraw its Investment on account of Jagan Reddy’s decisions, upsetting the business applecart’ was a news item and it was a sponsored one. It said: “Our Sponsored for this News (sic): 1) Bry-Air (Asia) Pvt. Ltd. 2) Ishan Paryavaran Pvt. Ltd. 3) Bell Multi Kraft Pvt. Ltd.”