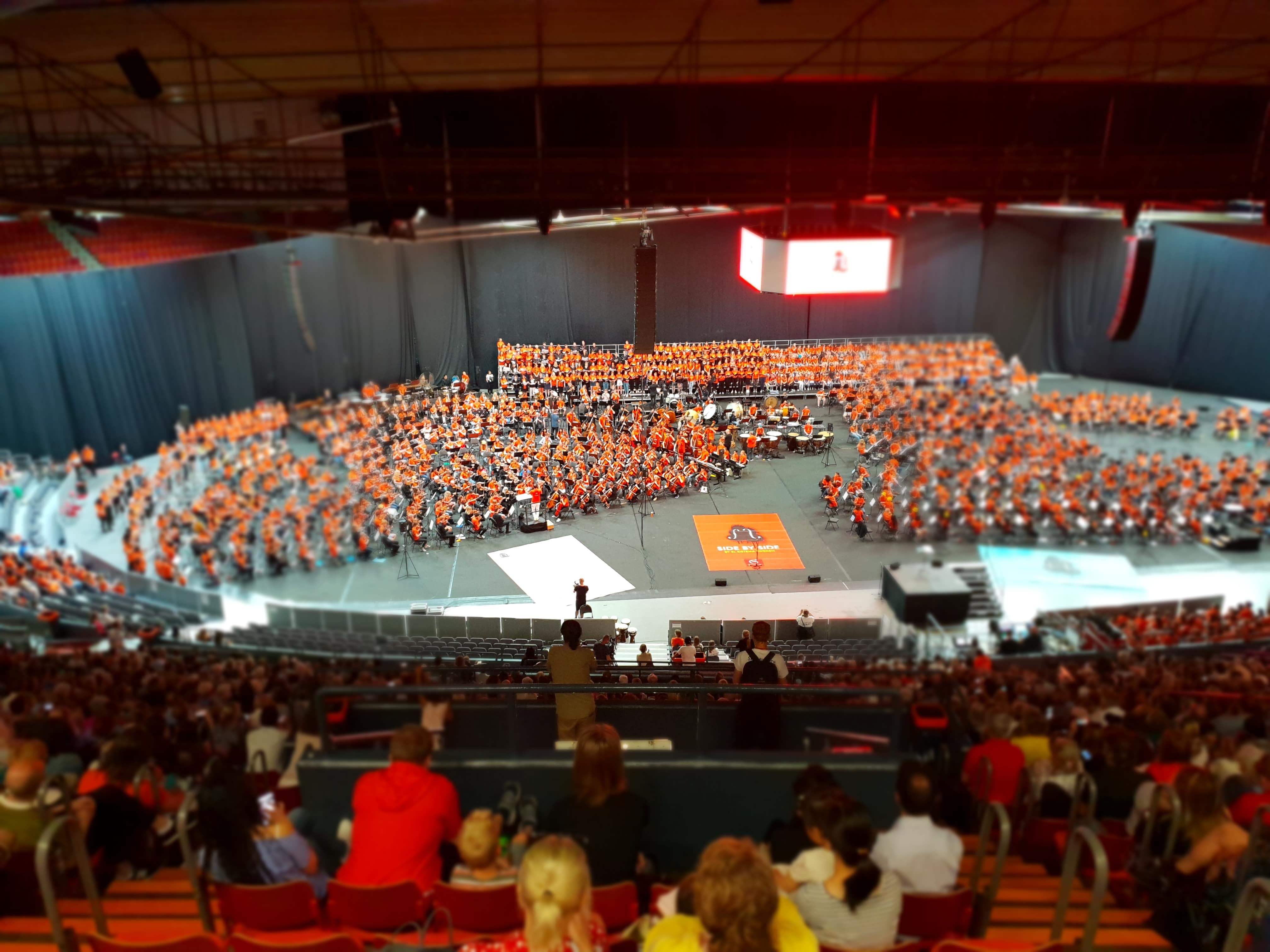 Indian students are migrating to different parts of the world for higher education unlike in the past going only to the UK and USA. Arpitha Kabbinale is one of the students from India who has moved to Sweden to study a post-graduate programme called Master’s programme in Geonomics of System Biology at the University of Gothenburg.

As a result of moving away from India, Arpitha Kabbinale is also getting the opportunity to explore her wish to try out in music. And, she got an opportunity to participate in an orchestra of El Sistema’s edition in Sweden. She participated as one of the 2500 children and youth from 17 countries including China in the El Sistema of Sweden called SIDE BY SIDE (by El Sistema)’s annual orchestra event in June 2019. Children and young people from different socio-economic backgrounds were given an opportunity to play an instrument or sing a song or both in an orchestra. Side by Side by El Sistema in Sweden is organised by Gothenburg Symphony Orchestra.

Arpitha Kabbinale said she is part of a gym orchestra and the members of the orchestra meet once a week. “It is a small orchestra and they are like … they will be providing lots of opportunities like to attend El Sistema concerts and Gothenburg Symphony Orchestra concerts. Once if you are listening to them everybody will feel like you should participate one day in that particular event. That is the basic thing,” she said. She found El Sistema ‘randomly’ and ‘they welcomed me, and it doesn’t cost anything. Completely free’.”

“If such an event or an institute is there in India surely a lot of people are going to (participate in) the music. There is some revolution in the musical world,” opined Arpita Kabbinale.

In 1975, José Antonio Abreu started El Sistema in Venezuela. Unlike nowhere else in the world, he found an pathway in music for social mobility – music as an instrument for social mobility and as window for integration in order to overcome social segregation. He founded El Sistema, and it was eventually publicly financed for its motto was ‘Music for Social Change’ and also proved its impact.

Today El Sistema has more than 400 music centers and 700,000 young musicians learning music after the school hours and during weekends.

PETRA KLOO VIK: This is the best job in the world

Petra Kloo Vik is the leader of Side by Side by El Sistema in Sweden. She informed that every year since Sweden started to organise the annual orchestra for children and youth, the number of attendees is rising. She said, “I guess we are doing something right. The word is quality. We really want to do this for real. We want to give things for children that we give for professional musicians the best technicians the best acoustics the best teachers the best venues the best role models.”

When asked about how she felt to be part of El Sistema and in organizing the orchestra for children and youth, she said, “You cannot describe the feeling … you can feel it in your whole body and in your heart. I am really fortunate this is the best job in the world.”

Arpita Kabbinale is not only studying a Master’s programme in genomics and systems biology but also spending her time to explore her interests such as in music.

The Master’s Programme in Genomics and Systems Biology at the University of Gothenburg in Sweden is recommended for students ‘looking for an exciting and interdisciplinary education at the forefront of modern biology’. The programme enables a student to study ‘how genomes change over time and how life’s molecules interact in networks to build up living organisms. This knowledge about the properties of complete biological systems, and not just their individual parts, is also essential in drug development, treatment of diseases and to improve industrial bioprocesses’.

Genomics and Systems Biology offers a student or a scholar to comprehend the evolution at the molecular level – how we assess the adaptability of organisms to changing environmental conditions particularly in the times of climate change in humanity’s midst.