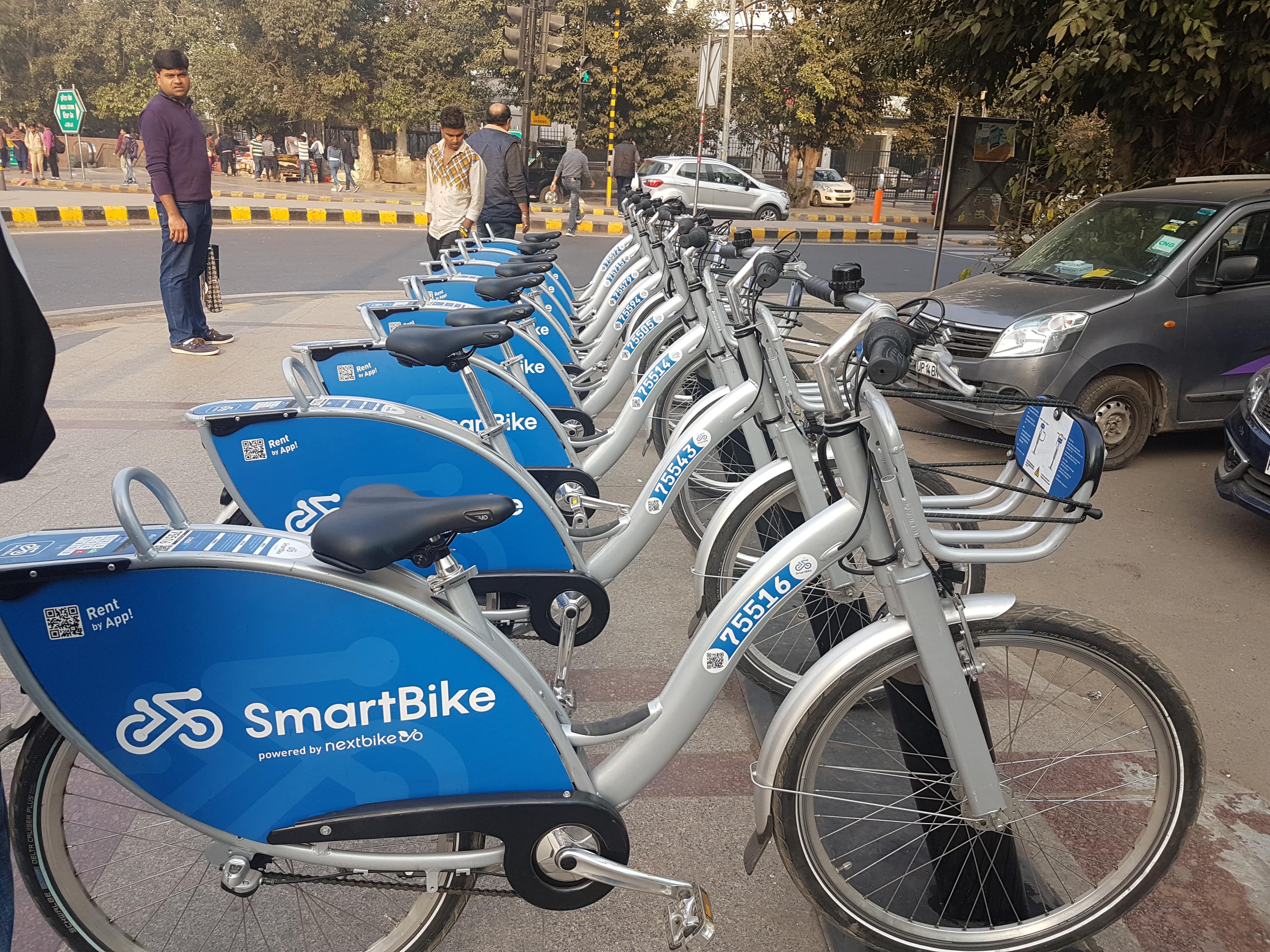 Delhi: A City of Cities

In the heart of New Delhi, one can hire a bicycle. In Connaught Circus there are bicycle stands which one can rent for a period of time of one’s requirement and it can be done through the mobile phone: download the app, scan the QR code, and make a payment – Digital India: mobile phone is mandatory! 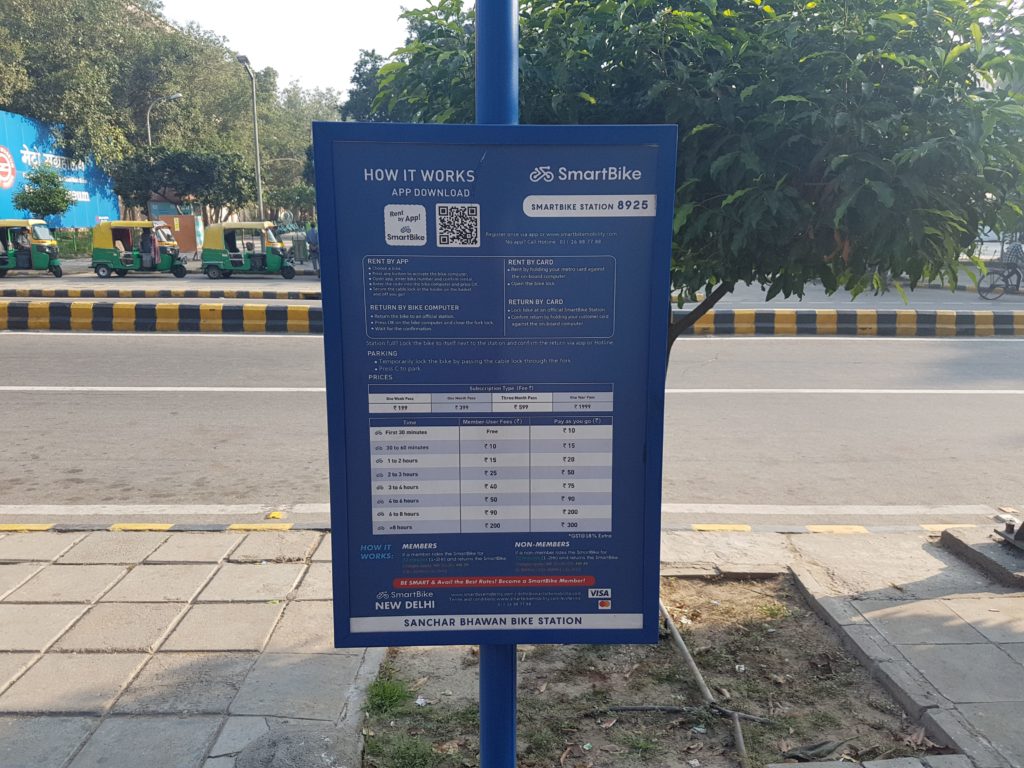 Hemanth Bisht was guarding a bicycle stand by the Statesman House on Barakhamba Road when Monsoon2047.com approached him to know about ‘hire a bicycle’. He informed renting a bicycle is gaining in popularity as people visiting Connaught Circus for one or the other reason find it easier to move around on a bicycle and some visitors.

A passerby could not believe the days of renting a bicycle are back in Delhi! Renting a bicycle in India’s small towns is not uncommon. Before the days of mobile phone and debit- or credit-payment, villagers and hinterlanders rented a bicycle from a cycle shop owner with whom he would had an acquaintance or established trust of trusting him (to return the bicycle).

“We took the Metro from New Delhi railway station to Rajiv Chowk, and the moment we came out of the station we saw the stand of rent a bike … so … were thinking about walking around the place … so … having a bicycle would be more convenient for us. So we thought to give a try to it maybe for ten minutes and if we get tired so we will leave it,” recollected Karthik Mathur when Monsoon2047 spoke to him.

Karthik Mathur is from Rajasthan. He says he rediscovered the child in him by riding a bicycle in the national capital. “It actually becomes a good partner with us … it is three hours now we are still riding the cycle. We have been to Humayun’s tomb … Chola Bhature in Chandni Chowk … Paharjang. Totally, it was amazing,” said Karthik. He stressed that going on a bicycle gave him the control over the time and to stop and to go wherever he wanted instead of taking a cab for doing those ‘small small things’. He said with climate change and environmental issues dominating the society, it is a good alternative to use bicycles.