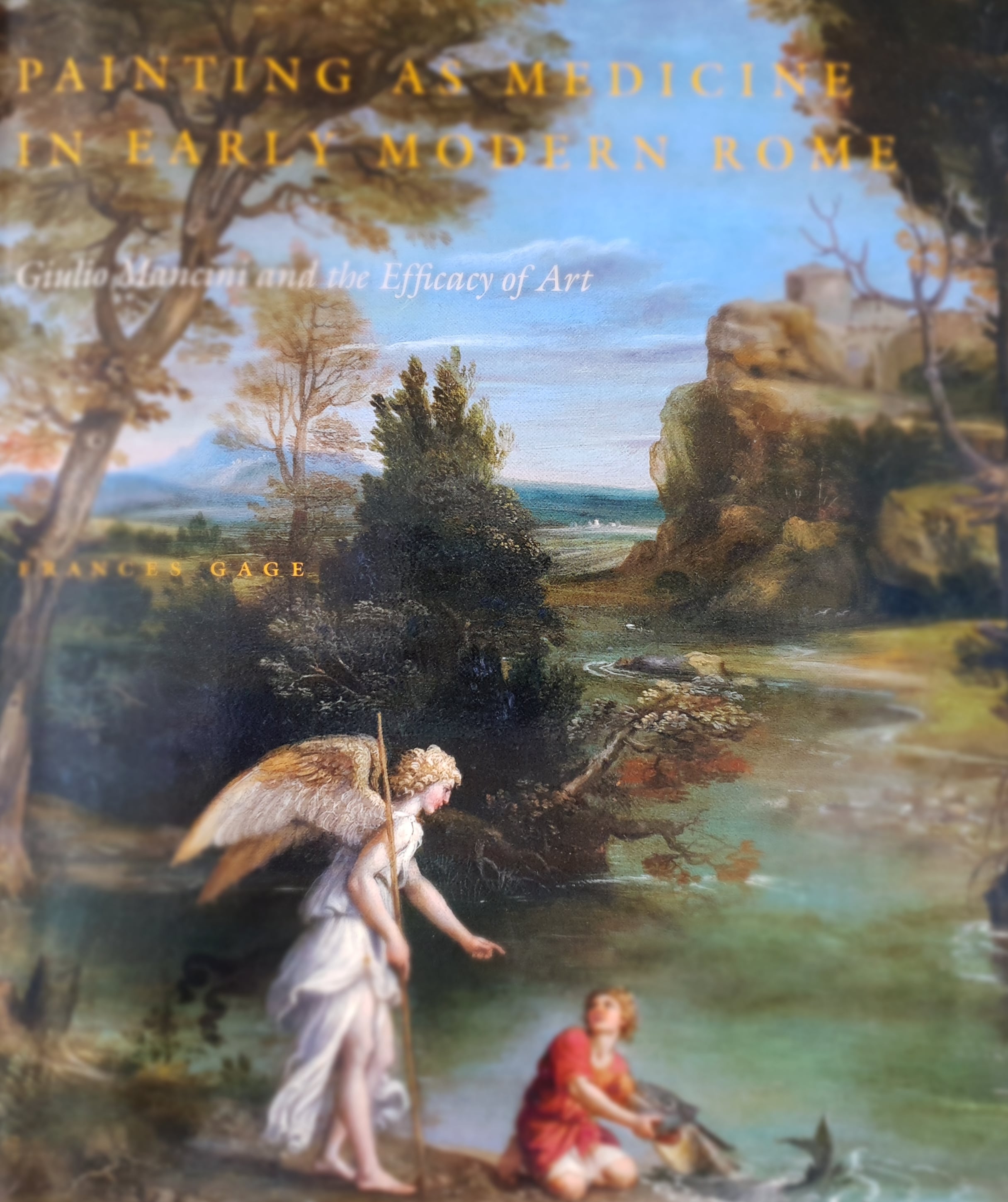 Art objects and symbols, images and cult images, photos and paintings, statues and sculptures can couch in them many meanings and may have many interpretations depending upon the artist and the audience. One of the functions of a painting is medical, too: therapeutic, restorative, preservative, consolatory…

Painting as Medicine in Early Modern Rome: Giulio Mancini and the Efficacy of Art by Frances Gage published by The Pennsylvania State University Press, University Park, Pennsylvania published in 2016 is a book that highlights about the therapeutic functions of painting.

Images, religious or devotional, have had their utility such as the protective role in the domestic sphere ‘particularly in the bedchamber’ as addressed by early modern writers on both art and medicine and ‘Giovanni Battista Armenini explained that the bedchamber is the place where men and women repose and pass the major part of their lives in “sweetest quietude” (condolcissima quiete)’.

Beautiful images are also the ones ‘we turn each day to petition to God, who grants our prayers, maintaining us in his grace and in a happy state’ notes the book and also about apotropaic images (like apotropaic statues: the perceived power to deflect or avert misfortune or evil influence or bad luck).

HIGHLIGHTS of the book:

ᴥ The book discusses about the therapeutic function of the images, and how the paintings acted as ‘visual medicine’

ᴥ Painting as an impassioning device (emotions of fear, pity) and purgation of the emotions in the viewer

ᴥ Brief biographic details of Giulio Mancini: how he employed techniques of taxonomic classification (‘dividing an entry into its smallest constituent parts in a synoptic table’) in his ‘Considerazioni sulla pittura’.

ᴥ The book talks about Mancini’s literary production as either ‘Aristotlianism or little more than a codification of existing practices’. How he developed a new genre of literature wherein the judgement of art and its ends are considered in both the domestic sphere and civic society. The book raised whether he was a cultural broker or dealer for his operations intersected in matters of money, social interests and intellectualism. At the end of his career he rose to the position of personal physician to Urban VIII in 1623. He got fame and fortune through practising medicine and mixed it with art and he followed the exhortation of Mercuriale (to become great, one must eat, drink and practice with great men).  And, he did move to Rome… and practised as a physician and presented a treatise on painting

ᴥ “(with) my simplicity and lack of arrogance I have acquired the confidence with which I hope to have overcome envy,” said Mancini, “all love me”

“The present book builds upon these recent discoveries while seeking to demonstrate the broader impact of social, political, and medical concerns on the reception of paintings in late sixteenth- and early seventeenth-century collections. I argue that the belief in the curative and prophylactic potential of painting was not restricted to cult images or to objects destined for particular audiences, such as women, whose lives were regularly put at risk during childbirth, or event to single collections. Rather, Roman collectors and audiences in the period following Trent viewed painting as a fundamental aid, the medical benefits of which enhanced the lives of men and women in body and mind and facilitated their performance of virtuous actions that contributed to civic harmony and well-being,” writes Frances Page in the book’s introduction.

“Yet painting did not necessarily heal or preserve individual viewers indiscriminately. Rather, it promised to benefit certain audiences more than others, because efficacy was often intimately tied to viewer response and to the degree to which a beholder was equipped to judge the object in question.”

The book will be highly useful for the practitioners of alternative therapy and hospital managers among others in the 21st century. The only jarring aspect in the book for a common reader is the unending numbers in the running text (citations and references), however, the author’s target audience was ‘that target audience’. But it is book to behold, and breathe a moment of history in art in the geographical context of Rome and Italy.