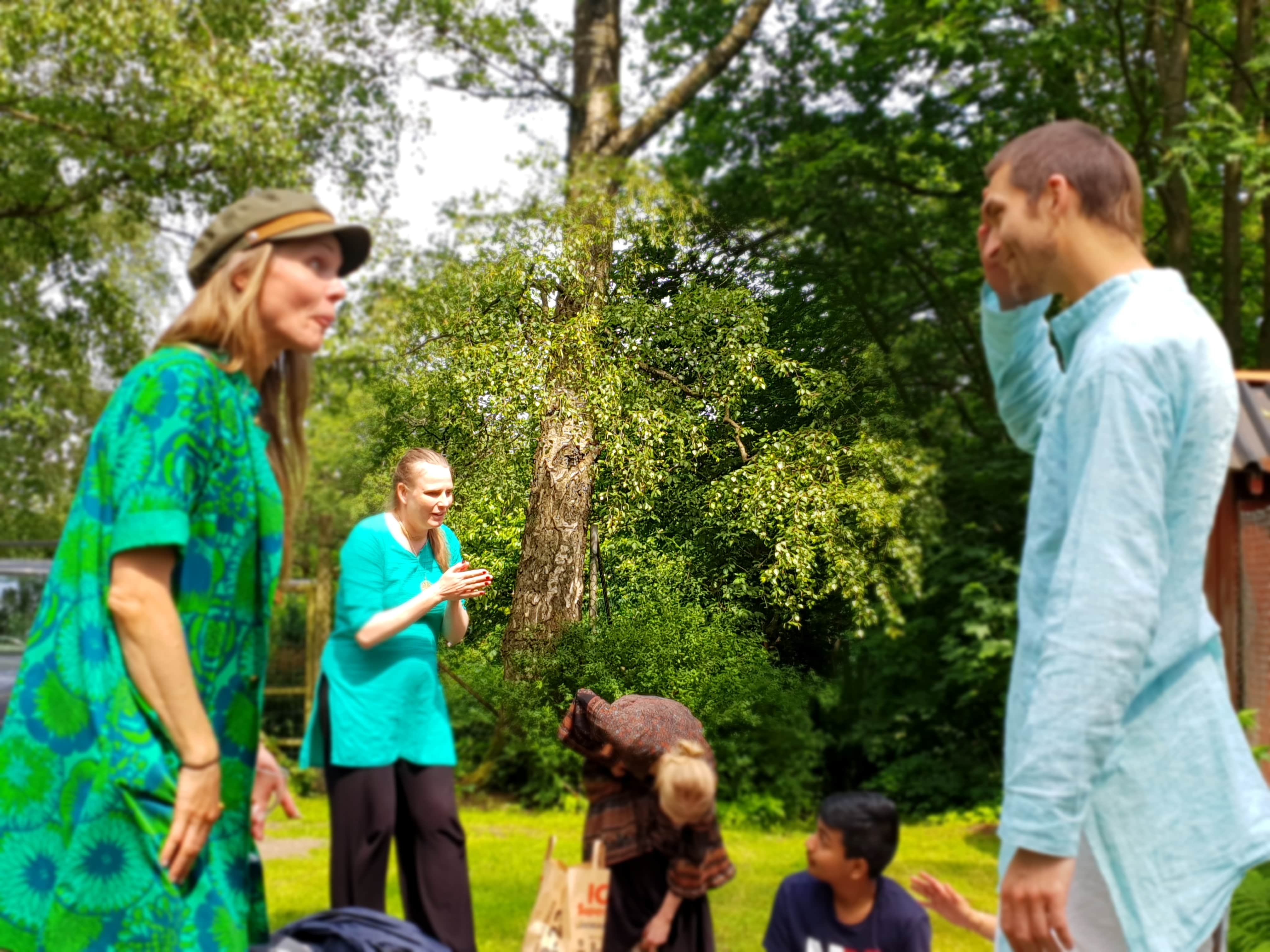 On a Saturday morning in mid-June 2019, closer to the summer solstice, a group of like-minded people with devotion to Lord Krishna gathered at Sjöberg in Sweden. Anders Lindström practises Bhakti Yoga. He and his colleagues at Govindas in Gothenburg got an invitation to join a yoga festival. They gathered in the green patches of the semi-forest adjoining the North Sea of Atlantic Ocean. They started to recite hymns of Hinduisim, as preached by Srila Bhaktivedanta Swami Prabhupada the founder of ISCKON, to the music of cymbals and mridangam. Anders started to invite the passing by yoga practioners and walkers to participate in their ‘Kirtan Yoga’!

Kirtan Yoga has become one of the yogas. Anders Lindström said that the kirtan yoga session was received with warm welcome by the participants and those who walked past. They practised the kirtan yoga for two hours, and had a communal meal together. He said, the kirtan yoga was ‘ecstatically beautiful’.

Kirtan is part of devotional service, and the key aspect of Bhakti Yoga (Yoga of Devotion). In Kirtan Yoga, the congregators recite the mantras with vibrational and symbolic meaning (symbols of divinity and transcendence).

Kirtan Yoga has a greater effects if you sing in a group. “Under the kirtan one can express their feelings and their personality in different ways, preferably with the help of instruments such as harmonium, drums, guitar and various rhythm instruments. The most important thing is to go to the music, the song and the mantra, to sing and play without fear and inhibitions. One should not intellectualize it all too much – the real joy lies in the experience and not in the intellectual understanding. Even on the psychological level, the kirtan can play an important role for his practitioner. We often block our emotions and these blockages create an inner chaos that complicates our lives on different levels. Kirtan helps us to remove these blockages, to allow the joy of life to flow again freely,” says Yoga Sverige. “There is an inner music in your heart, which continues to be independent of external circumstances. Let the inner music guide your life; follow the inner symphony. But you can hear it only if you make yourself open and receptive to it.”

Swami Omananda, together with Swami Nirvikalpananda, founded Satyananda Yoga Center in Stockholm and Uppsala in the 1980s, and now exists as Satyananda Yoga Sweden. The founders were were trained in Munger, India in the early 1970s. Swami Omananda passed away in early 2011.