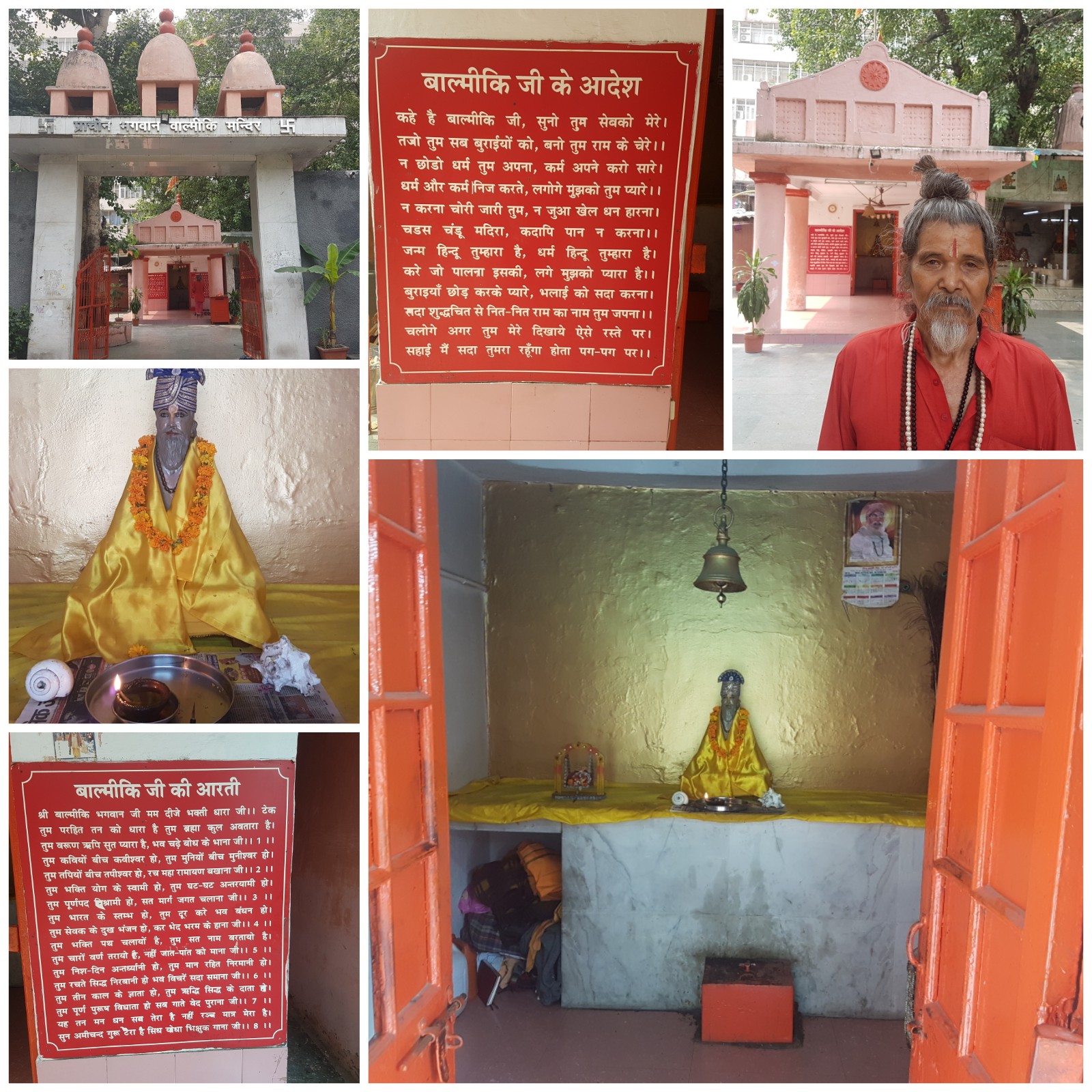 Valmiki is one of the revered figures of religious India. The maharishi or great sage is reckoned to be the author of one of India’s greatest epics – Ramayan(a). Ramayana precedes Mahabhrat(a): the former was set in Treta Yuga and the latter in Kali Yuga. Temples dedicated to Valmiki, or in honour of Valmiki are not many across the country. There is a Valmiki Temple closer to Khan Market in New Delhi. At the time of the visit of the temple by our correspondent, the temple was attended and looked after by an octogenarian Gunshyam. The athletic and active Gunshyam said the Valimiki temple is a 70-year-old one, and the peepul tree in the temple is more than 120 years old.

The temple has mellowed and radiant colours of pale pink and saffron respectively. Gunshyam was dressed in saffron garments and with beady chains around his neck. He exuded the confidence that the temple will remain in the same spot for years to come though market forces are eyeing for every inch of space in and around Khan Market to turn the space into commercial activity. He highlighted the significance of the temple to the presiding deity which is Valmiki referring to it as an old one.

The temple has sparse activities in its vicinity unlike many other temples. Inside the temple, there is a space for serene contemplation for a visitor, or to listen to the chirping of birds, or recite some slokas from one of the walls, or to sit in meditation in front of Valmiki. The temple has a sloka written on a wall for the benefit of worshippers to worship Valmiki.

Valmiki is believed to have lived around the beginning of the first millennium BC, and reckoned as the ‘adikvai’. He created the life of an ideal man in the world in Lord Ram through Ramayana, and the author also appears in the epic on two occasions.