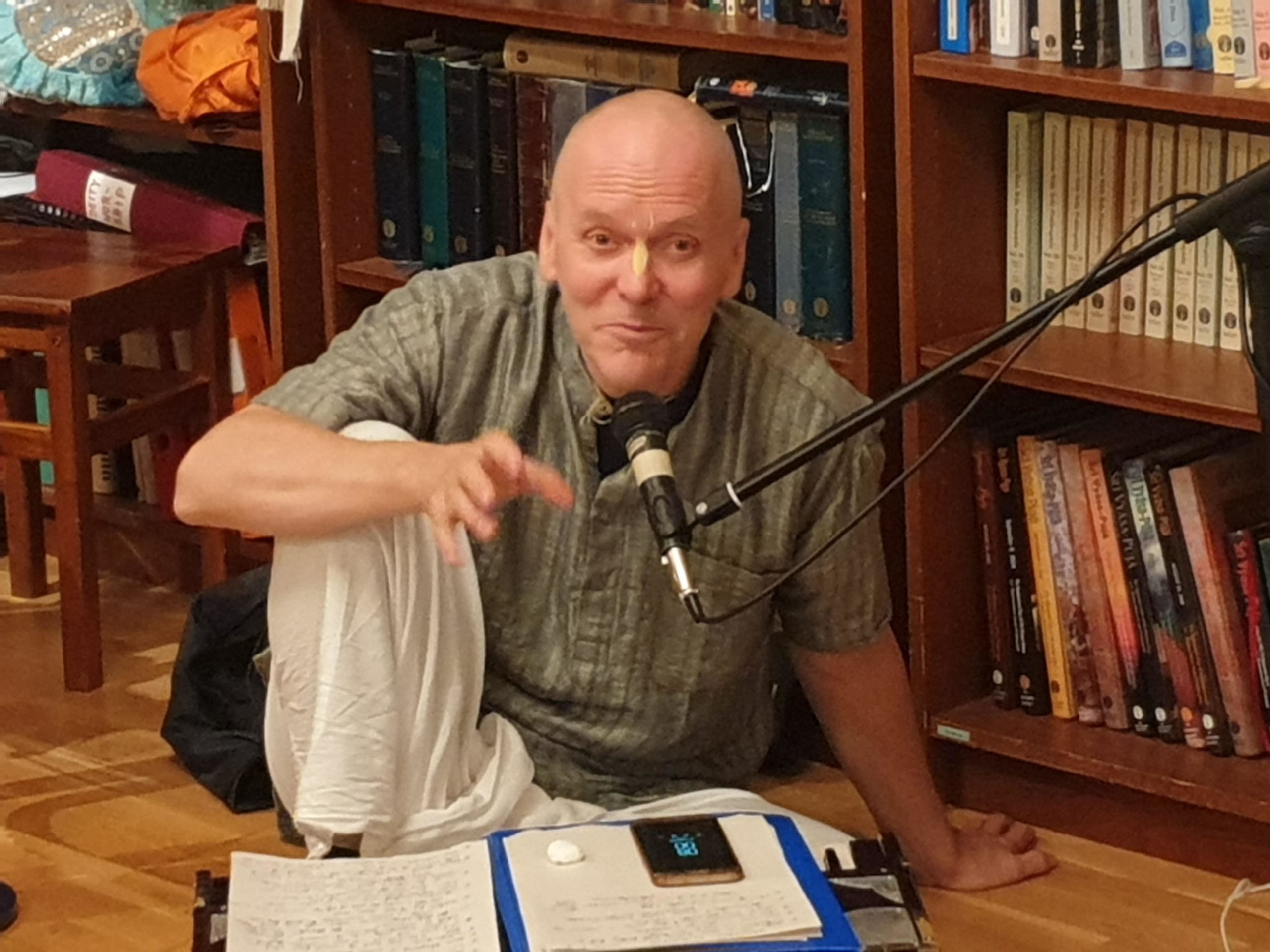 One can also see positivism in existential crisis of life. Tore Karlsen, subsequently known as Tapas Das, went through an existential crisis at an early stage in life. But that crisis helped him to be open to new ideas and new movements and new philosophies. This resulted in discovering the Hare Krishna movement also known as International Society for Krishna Consciousness (ISKCON). He observes, “Existential crisis is by the way not bad. It makes you to wake up. It makes you to take life seriously.” His educational background in philosophy and his interactions with fellow subscribers of the movement, helped him to find answers for his existential crisis and meaning for life that is more than finding solutions for problems and dealing with problems to find solutions.

In an interview with www.monsoon2047.com, Tapas Das shares his experiences about life in Sweden as a devotee of ISKCON, about the Swedish society among Nordic countries and what sets it apart, about existential crisis and how one can deal existential crisis with positivism and find answers and how he found answers, about ISKCON’s presence in Sweden and how it is making the name of ‘Krishna’ felt among the people, and about Bhagavad Gita. You can listen to the interview in the podcast:

Tapas Das took initiation into ISKCON through his guru (teacher) Radhanath Swami who was a disciple of Bhaktivedanta Swami Prabhupada the founder of ISKCON. He continues to share his knowledge of Hinduism, religious philiosophy not only with the devotees but also with other members of the society in Sweden. Under his leadership, the ISKCON movement is reaching out to non-religious members of the society and educational institutions to share a philosophy.

Bhagavad Gita: As It IS, is one of the largest selling books in the world. And it is edited by Bhaktivedanta Swami Prabhu with an introduction about the book, the Bible of Hinduism. People like Tapas Prabhu found a philosophy in Bhagavad Gita, and answers to many unanswerable questions, and he continues to interpret its meaning and its philosophy to devotees and non-devotees. He has a 92-year-old mother to whom he had said, “You have a son who made his life perfect. Your life is perfect in regards to me.