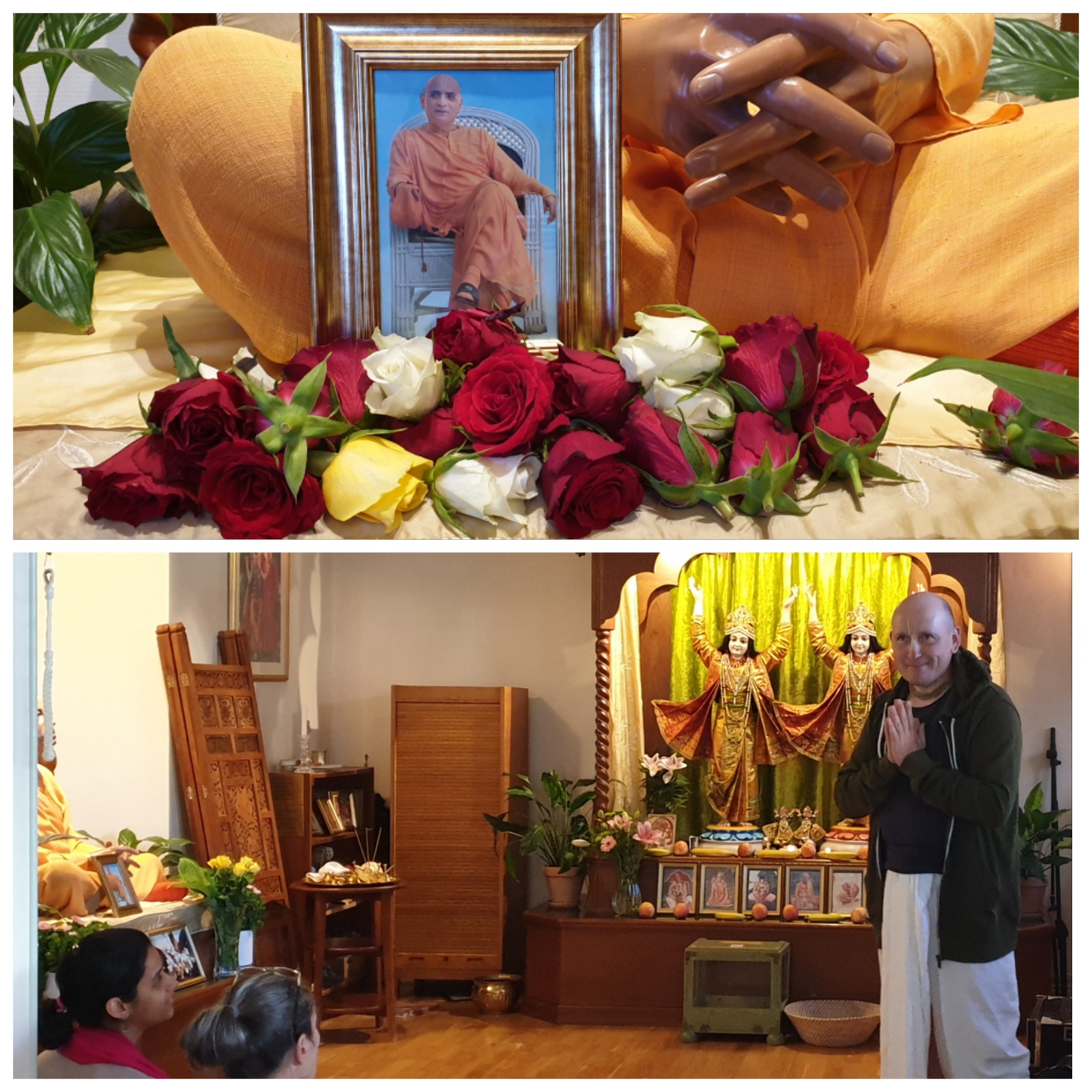 The devotees and temples of Iskcon in Sweden paid homage to the spiritual leader Bhakti Charu Swami Maharaj, who passed away in the USA due to the coronavirus disease, by organising a special prayer meetings. He was one of the leading spiritual leaders and a member of the governing body of ISKCON. Govindas in Gothenburg organised a special meeting – japa and guru puja and prasadam. Ram Mohan Prabhu aka Roberto Gerikas said the glorification of Bhakti Charu Swami Maharaj (1945 – 2020) was to pay homage who had served the devotees across the world and interpreted the scriptures for easier understanding according to the guidelines of his spiritual leader A. C. Bhaktivedanta Swami (Srila) Prabhupada the founder of International Society of Krishna Consciousness (ISKCON).

At the Govindas temple in Gothenburg, Krsna Dhan recalled the life and times of Bhakti Charu Swami whom he followed in his life. He mentioned how Bhakti Charu Swami brought his culinary skills to the kitchens of Hare Krishna temples and how he cooked for his spiritual guru, and his greatest accomplishment – translated almost all the works of ISKCON publication from English to Bengali for the benefit of Bengali-speaking people in India and Bangladesh and also for Bengali Diaspora.

Bhakti Charu Swami Maharaj (1945 – 2020) was a leading spiritual leader, disciple of A. C. Bhaktivedanta Swami (Srila) Prabhupada the founder of International Society of Krishna Consciousness (ISKCON), and a member of the Governing Body Commission (GBC) of ISKCON — passed away in Florida, the USA from the Covid-19. He had travelled to the USA on 3 June from Ujjain in India but on June 18 he tested positive for Covid-19 and was undergoing treatment. He was dedicated in developing ‘Veda Foundation and Cow Sanctuary’ in Deland, Florida, which was started recently. He had identified that kirtan – singing and changing of the holy name Krishna, as a way to discover one’s spirituality and the pathway to spiritual sky. He said ‘just by singing, by chanting this holy name we can develop spiritually and eventually find ourselves back in the spiritual sky’.

On the special occasion, a bhajan by Narottama Das Thakura titled ‘Je Anilo Prem Dhana’: Saparshada-bhagavad-viraha-janita-vilapa Lamentation Due to Separation from the Lord and His Associates (from Prarthana):

Translation:
(1) He who brought the treasure of divine love and who was filled with compassion and mercy—where has such a personality as Srinivasa Acarya gone?

(2) Where are my Svarupa Damodara and Rupa Gosvami? Where is Sanatana? Where is Raghunatha dasa, the savior of the fallen?

(3) Where are my Raghunatha Bhatta and Gopala Bhatta, and where is Krishnadasa Kaviraja? Where did Lord Gauranga, the great dancer, suddenly go?

(4) I will smash my head against the rock and enter into the fire. Where will I find Lord Gauranga, the reservoir of all wonderful qualities?

(5) Being unable to obtain the association of Lord Gauranga accompanied by all of these devotees in whose association He performed His pastimes, Narottama dasa simply weeps.

Tapas Das aka Tore Karlsen leads ISKCON in Sweden. In an interview he said he  discovered the Hare Krishna movement also known as International Society for Krishna Consciousness (ISKCON) which enabled him to find answers for existential crisis and meaning for life – finding solutions for problems and dealing with problems to find solutions.  Tapas Das took initiation into ISKCON through his guru (teacher) Radhanath Swami who was a disciple of Bhaktivedanta Swami Prabhupada the founder of ISKCON. He continues to share his knowledge of Hinduism, religious philosophy not only with the devotees but also with other members of the society in Sweden. Under his leadership, the ISKCON movement is reaching out to non-religious members of the society and educational institutions to share a philosophy.

You may also want to read: