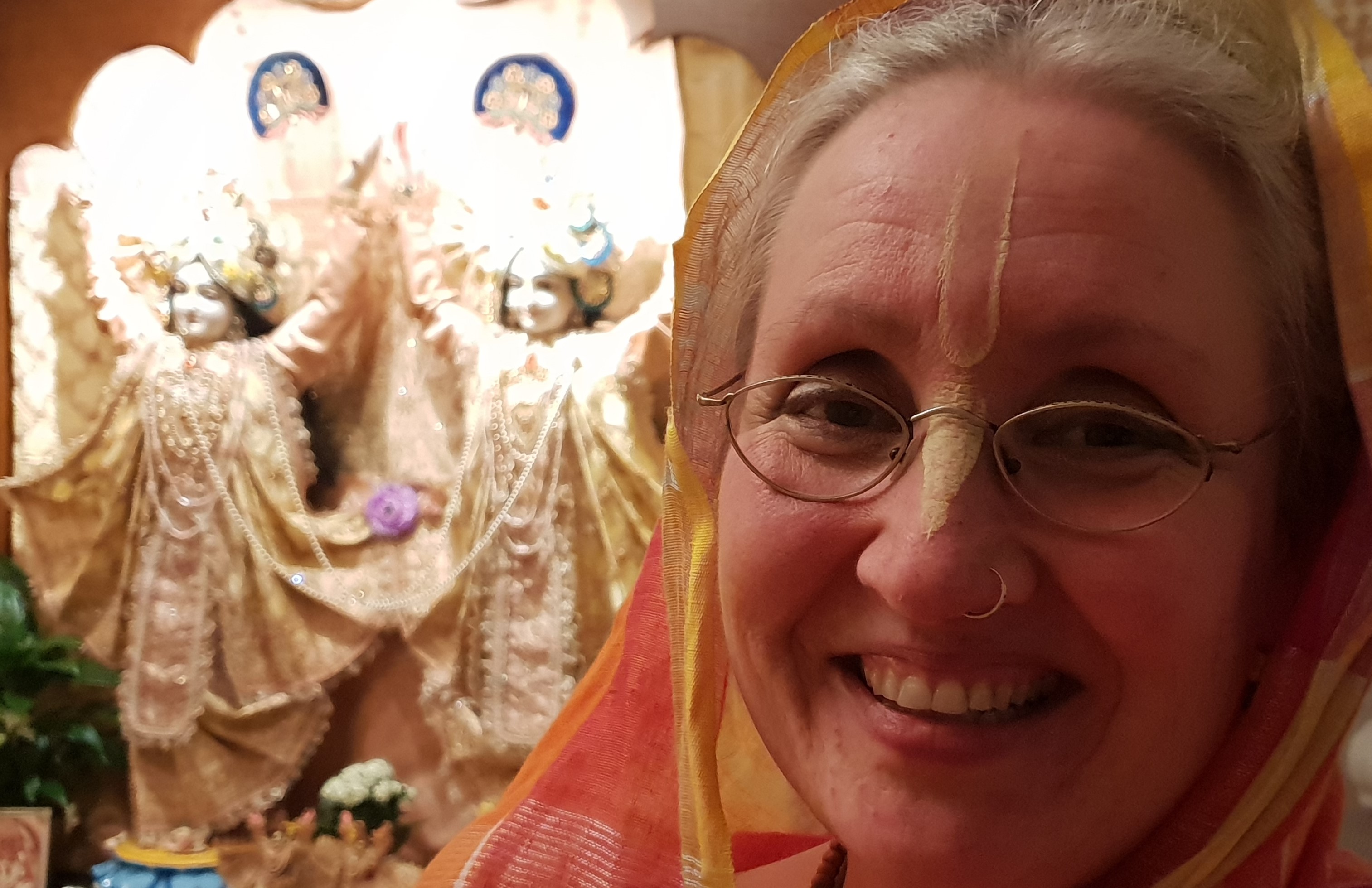 “When doubts haunt me, when disappointment stares me in the face, and I see not one ray of hope on the horizon, I turn Bhagavad-Gita and I find a verse to comfort me; and I immediately begin to smile in the midst of overwhelming sorrow.” –Mahatma Gandhi (1869-1948)

Labangalatika devi dasi is a Swedish citizen but practises Hinduism. She practises a spiritual life through the philosophy of ISKCON and its founder Swami Bhaktivedanta Srila Prabhupada. She has decades of experience in practising a spiritual life, and in interpreting Bhagavad Gita. She had come across the meaning and the purpose of life through serendipity followed by consistent effort especially in a country whose society is irreligious. In an interview with Monsoon2047.com, she explains about Bhagavad Gita, Spirituality and Spirit Soul. You can listen to the podcast:

You can check her YouTube channel for more information about Bhagavad Gita: Here She describes herself as ‘I am a Hare Krsna devotee from Sweden. Bhagavad-gita is such a fantastic book, there are always new levels to appreciate. That’s why I wanted to take it here, to the Internet. English isn’t my first language, but since ours is a very international community, I wanted to make videos both in Swedish, my own language, and English, the language “Bhagavad-gita as it is” was written in. I’m not the only one reading Bhagavad-gita on Youtube, but we all have different approaches. I’d like to show that the Bhagavad-gita is open to everyone, that, although it is revered as the spoken word of God directly, it is also approachable, relevant and applicable in life’.

“Bhagavad-gita makes me think, makes me laugh and gives me motivation in life. I hope you’ll have as much fun with this as I do.” –Labangalatika devi dasi.

Labangalatika devi dasi is her spiritual name. In Hare Krishna movement or in ISKCON, when one is initiated into an austere practices or initiated into ISKCON according to its rules, rites and rituals, devotees change their name.

You may also want to read, and listen: